Palestinians and Critics Need Not Apply: Israel Denying Entry Is Nothing New

On Thursday, with Trump’s support, Israel denied entry to U.S. congresswomen Ilhan Omar and Rashida Tlaib. This is not an anomaly but a state practice that reflects both Israel’s repression of criticism as well as its settler-colonial policies that target Palestinians and the Palestinian diaspora. 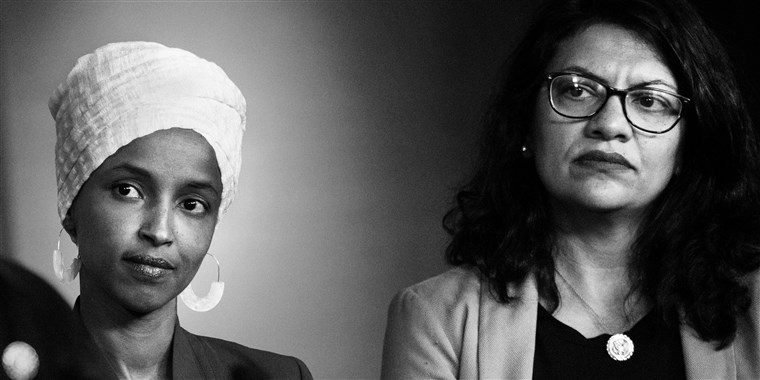 Thursday morning, U.S. congresswomen Rashida Tlaib and Ilhan Omar were denied entry to Israel. Both politicians have been vocal critics of the Israeli state and its ethnic cleansing of Palestinians, as well as of the political and economic support it receives from the United States. The congresswomen were set to visit the occupied West Bank and East Jerusalem next week; Tlaib intended to stay an additional two days to visit her grandmother, who lives in a Palestinian village.

With media backlash occurring across the political spectrum, Israel granted conditional humanitarian entry to Tlaib to see her 90-year-old grandmother. In order to obtain the “privilege” of accessing her family’s home, the congresswoman had to ask for special permission from the Israeli minister, “request[ing] admittance to Israel in order to visit [her] relatives” and promising to “respect any restrictions and…not promote boycotts against Israel during [her] visit.” It is both ridiculous that Tlaib had to undergo such a process and self-evident that, if she were not a member of Congress with a national profile, Israel would have continued to deny her entry. Under pressure from a pro-BDS group, Tlaib ultimately decided not to travel, despite having been granted the visa: “Visiting my grandmother under these oppressive conditions stands against everything I believe in.” Navigating the repressive character of the Israeli state is a brutal lose-lose scenario; Tlaib should not have to choose between her principles and seeing her family.

Most instances of entry denial are met with little to no fanfare, but both Tlaib and Omar have a national profile due to their membership in the body and party that has unequivocally backed Israel. Congress has a legacy of bipartisan support for Israel and in July overwhelmingly passed an anti-BDS resolution. Obama, in one of his final acts as President, bequeathed to Israel $38 billion in military assistance over ten years, the largest aid package of its kind in U.S. history. It was in deference to this close relationship with the U.S. government that Israel was going to make an exception to its anti-BDS law, which gives legal cover for Israel to deny entry to anyone in support of the pro-Palestine movement. Last month, the Israeli Ambassador said the two democrats would be granted entry “out of respect to the U.S. Congress and the great alliance between Israel and America.” But Israel reversed its decision in the wake of a Thursday-morning tweet from Trump:

It would show great weakness if Israel allowed Rep. Omar and Rep.Tlaib to visit. They hate Israel & all Jewish people, & there is nothing that can be said or done to change their minds. Minnesota and Michigan will have a hard time putting them back in office. They are a disgrace!

Both Muslim women of color, Tlaib and Omar have been frequent and favorite targets of Trump’s racist attacks. Trump recently tweeted that the members of the Squad should be sent back to their families’ countries of origin; “Send her back” was quickly adopted by Trump’s racist base. A cruel irony is that Tlaib literally cannot “go back”⁠—it would prove nearly impossible for her to move to her family’s homeland, and she is effectively being barred from even visiting.

While Israel’s latest move is certainly Trump-sanctioned, the idea that this is of Trump’s making distracts from the reality: Israel’s discrimination against Palestinians, Muslims, and activists is systemic. Much of the hand-wringing in the media and in the government is explicitly in response to the idea that Israel would “disrespect” members of the U.S. government, as well as in response to Trump’s role; the bulk of the criticism is not of Israel’s general state policies, but of their specific application in this case. Israel’s human rights violations have never been met with more than finger-wagging by the U.S. government—more often than not, they are met with outright praise.

Though House Speaker Nancy Pelosi is “deeply saddened” by the entry denial and feels it is “beneath the dignity of the great State of Israel,” the treatment that Tlaib and Omar are facing is not an anomaly. Israel denied entry to 19,000 travelers in 2018 alone. So who gets denied entry? Anyone who is known to be “hostile” to Israel—in other words, anyone who is known to support the humanity, let alone the right to self-determination of Palestinians—is denied a visa. This includes anyone known or found to be active in BDS organizing or in any group sympathetic to Palestine. Anyone who has been “profiled” by the pro-Israel website Canary Mission is guaranteed to have their entry denied. Journalists, too, are frequently barred from visiting. Many are targeted for denial not based on their occupation or activism, but simply on their identity. Muslims, POC, and those of Arab descent face heightened scrutiny and are habitually selected for the intentionally humiliating process of increased interrogation and entry denial.

For those granted entry by Israeli customs enforcement, the experience is frequently still harrowing. The process can involve strip searches and poring over email and social media accounts. At the infamous jisr, the entrypoint between Jordan and the West Bank, Israel’s military occupation is on full display. Tourists are discouraged from using this entry, where hostile and aggressive treatment from the IDF is commonplace and especially targets Palestinians, Muslims, and Arabs. Whether granted entry or not, the customs experience is particularly painful for those in the Palestinian diaspora: while Palestinians are denied access to their own homeland, Israel grants citizenship to anyone within the Jewish faith. While tourists flood to Tel Aviv, thousands in the Palestinian diaspora are unable to see their families.

The systematic abuse to which Israel subjects its perceived enemies points to the character of the Israeli state. As Netanyahu has openly stated, it is clearly “not a state of all its citizens,” nor do all people—regardless of their family ties to the land—have the same access. Supposedly “the only democracy in the Middle East,” Israel’s settler-colonial foundations and aims cannot abide the existence of Palestinians nor of those who stand with them. These two members of Congress have a right to travel freely to the Occupied Territories, and all Palestinians have the right to return. The U.S. empire and both its parties prop up a brutal settler-colonial state.