Pfizer has announced record profits as a result of vaccine sales. While the world is in crisis, pharmaceutical companies are raking in billions of dollars from advance contracts and by preventing the release of patents. 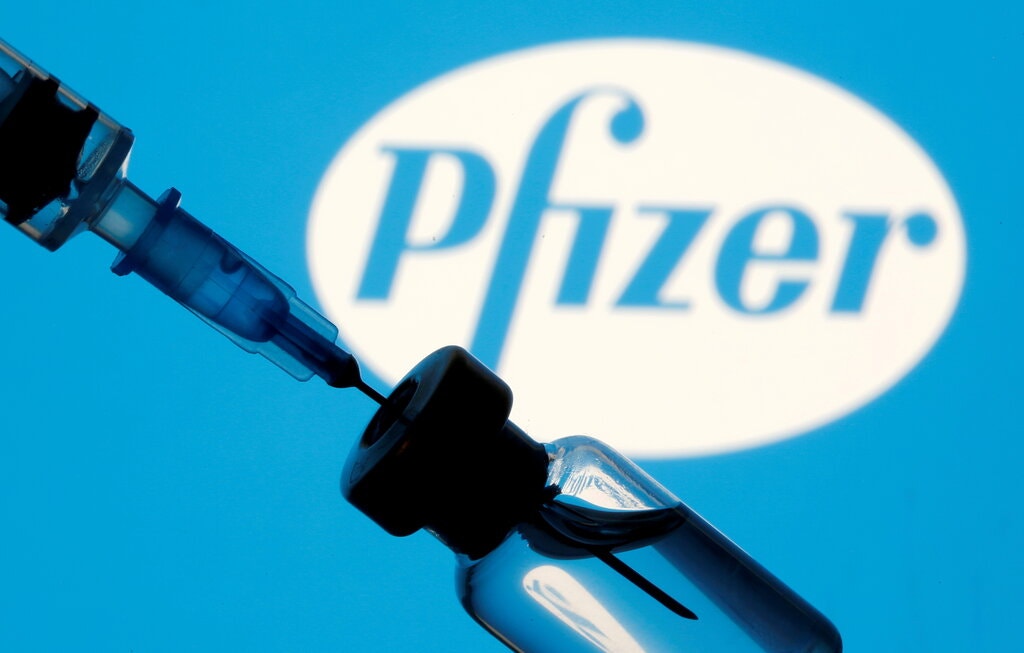 On Wednesday, Pfizer announced second quarter earnings that exceeded expectations. The drugmaker posted a net profit of $10.44 billion in the first half of 2021, up 53 percent from the same period last year. This boost is largely due to its Covid-19 vaccine, developed in partnership with Germany’s BioNTech. With Delta variant infections surging across Asia and Europe, pharmaceutical companies are anticipating even higher sales as some countries weigh introducing a third booster shot for their populations. Meanwhile, most of the world’s poorest countries have not yet been able to provide their populations with even a first dose.

Pfizer’s revenue in the first six months of 2021 totaled $33.56 billion, up 68 percent year-on-year due to second-quarter sales of the Covid-19 vaccine. “The second quarter was remarkable in a number of ways. Most visibly, the speed and efficiency of our efforts with BioNTech to help vaccinate the world against COVID-19 have been unprecedented, with now more than a billion doses of BNT162b2 having been delivered globally,” said CEO Albert Bourla.

According to the breakdown of its accounts, Pfizer made $7.8 billion in direct sales and combined revenues from their vaccine in the second quarter. The company expects to make $33.5 billion this year from the vaccine alone, attributable to the 2.1 billion doses that it has committed to deliver through mid-July. In total, the company expects to manufacture 3 billion doses by the end of December this year. On Wednesday, Pfizer raised its 2021 revenue forecast to between $78 billion and $80 billion, notably higher than the $72.5 billion it had previously anticipated. This eye-watering figure would represent a year-on-year growth of between 86 and 91 percent.

The Business of Covid

Pfizer and other pharmaceutical companies do not care about the devastating effects of the pandemic, only about the profits they can reap. For this, they have three weapons at their disposal: state funding, advance purchases, and blocking the release of patents.

The German state subsidized 13 percent of Pfizer/BioNTech’s vaccine research and development, providing the company with $445 million. This amounted to 50 percent of the total subsidies that the country allocated to laboratories. Although 13 percent may seem low in relation to the state financing of other vaccines, Pfizer won billion-dollar contracts in advance, starting with the United States.

The United States was one of the countries with the greatest impact on Pfizer’s business and profits. Before the vaccine’s efficacy was even known, the United States committed $2 billion in advance purchases for the first 100 million doses. This contract was followed by massive purchase programs from other regions, like the United Kingdom and the EU.

In other words, investment in Pfizer’s vaccine was 100 percent assured even before its effectiveness was known. In addition to these advanced purchase contracts, pharmaceutical companies also received private debt financing: BioNTech benefited from a 100-million-euro (118-million-dollar) agreement with the EU.

Finally, the World Trade Organization’s refusal to release vaccine patents helps large laboratories and pharmaceutical companies guarantee huge profits, even if this means delaying vaccination for large swaths of the world. South Africa and India led a request to free the patents with the backing of dozens of poorer countries, but it was dismissed.

Releasing vaccine patents would allow laboratories across the world to mass produce vaccines and thus accelerate inoculation in all countries. However, Big Pharma companies are successfully exerting pressure to prevent this from happening. This means a global vaccine shortage: so far, 75 percent of the vaccines produced have been administered in only 10 countries, while only 1 percent of people in low-income countries have received even one dose (and 99 percent have received none at all). This disparity has resulted in the emergence of new, more contagious variants of the disease such as the current Delta variant.

While new contagious variants of the virus may mean more profits for pharmaceutical companies as countries weigh booster shots, wealthy nations may hoard even more vaccines and create new shortages. This means that in countries where inoculation rates are low (or non-existent), high circulation of the coronavirus can create new mutations that risk making some of the current vaccines obsolete.

Capitalist irrationality, which puts profits before the lives of millions of people around the world, is not only responsible for the disastrous management of the pandemic, but also for sluggish vaccination rates by favoring Big Pharma’s profits and not releasing patents.

Originally published in Spanish on July 28, 2021 in La Izquierda Diario.