Some 2.94 terabytes of data have been leaked through the “Pandora Papers.” Yet again, we see how the rich hide trillions of dollars around the globe. Inequality will not be solved just by raising their taxes. 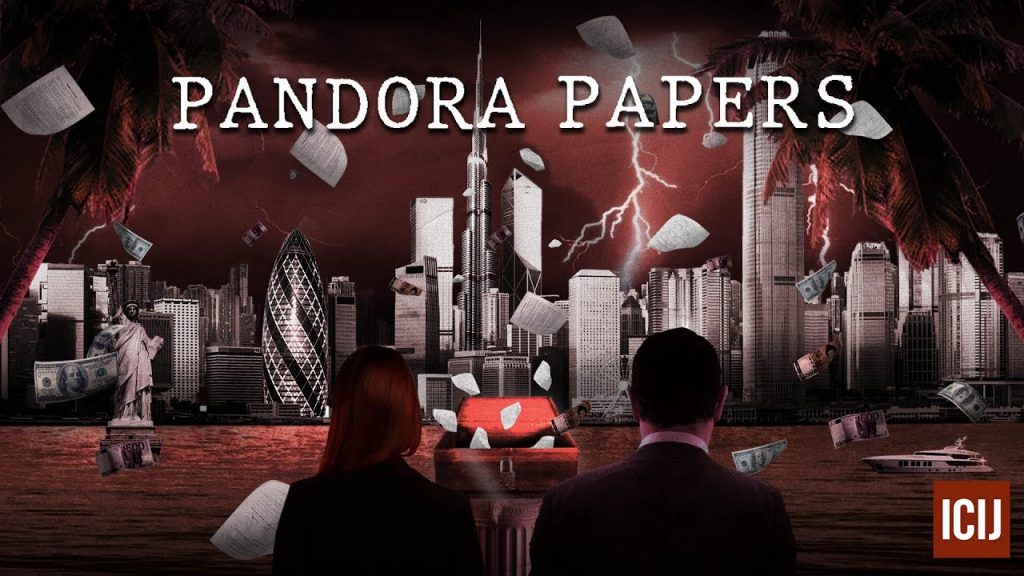 On Sunday, the International Consortium of Investigative Journalists and publications around the world began publishing reports about a new leak. The Pandora Papers contain 11.9 million documents from 14 different companies. They show how rich people around the world use offshore shell companies to hide their wealth and avoid paying taxes.

This latest leak is twice as big as the Panama Papers, released in 2016. It includes material from more than 330 government officials in 90-plus countries, including 35 current or former heads of state or government. The list includes the current king of Jordan, the former king of the Spanish State, and former UK prime minister Tony Blair.

Latin America’s representation is particularly significant: three current presidents and 11 former presidents have been revealed as owners of dodgy offshore companies. This includes the right-wing presidents of Chile and Ecuador, who have faced massive protests against their neoliberal policies.

The Panama Papers are further evidence that the wealthy are hiding trillions of dollars in tax havens around the globe — but we already knew that, based on plenty of evidence.

It’s not quite clear why the name “Pandora” was chosen. In Greek mythology, Pandora was the woman who opened a box that had been entrusted to her husband’s care, and in doing so let evil out into the world. It is considered by many to be among the founding myths of patriarchy, like Eve and the apple. So, are the journalists releasing evil? Or do they believe these revelations will stop evil? Either way, it’s difficult to see how this latest leak will substantively change the capitalist world order.

A tiny minority of capitalists monopolize political, economic, and social power. But while they have states to protect their interests, they refuse to pay the costs of running those states. For instance, when workers go on strike, they are often confronted by police who defend the interests of the bosses. Yet, it is the workers themselves who pay the taxes that fund these repressive forces.

No matter how tax codes are written, it seems the capitalists always find ways to avoid paying. Donald Trump, for example, pays no taxes, without even hiding his money outside of the United States. This happens with the rich in every country, whether governed by conservatives, liberals, social democrats, or the so-called “communists” of the Chinese government. The reason is simple: despite their differences in style, all of these governments defend the rule of capital.

In response to the Pandora Papers, politicians will talk about the need for “regulation” and “transparency.” We are supposed to forget that we heard this exact rhetoric when the last leak came out.

Democratic Party progressives tell us we can “Tax the Rich” — but this ignores the fact that the rich control the state. It is possible for mass movements to force the rich to pay a greater share. But those who own the world’s wealth will go along only if they are terrified of angry mobs kicking down their doors.

As socialists, we support every demand that would force the rich to pay for health care, education, and housing for all. Meanwhile, the Democratic Party debates whether the top tax rate should be 37 or 39 percent (rich people pay nowhere near that because of the loopholes they’ve been handed). Bernie Sanders says billionaires should “pay their fair share.” But only labor creates wealth, and only people who labor should benefit from wealth. The “fair share” paid by the rich should be more like 100 percent.

It’s time for the working class to confiscate all the wealth in shell companies — which the rich are just hoarding — and put it at the service of everyone.