The US Pentagon is pushing Mexico to re-open defense supplier factories that closed due to coronavirus. 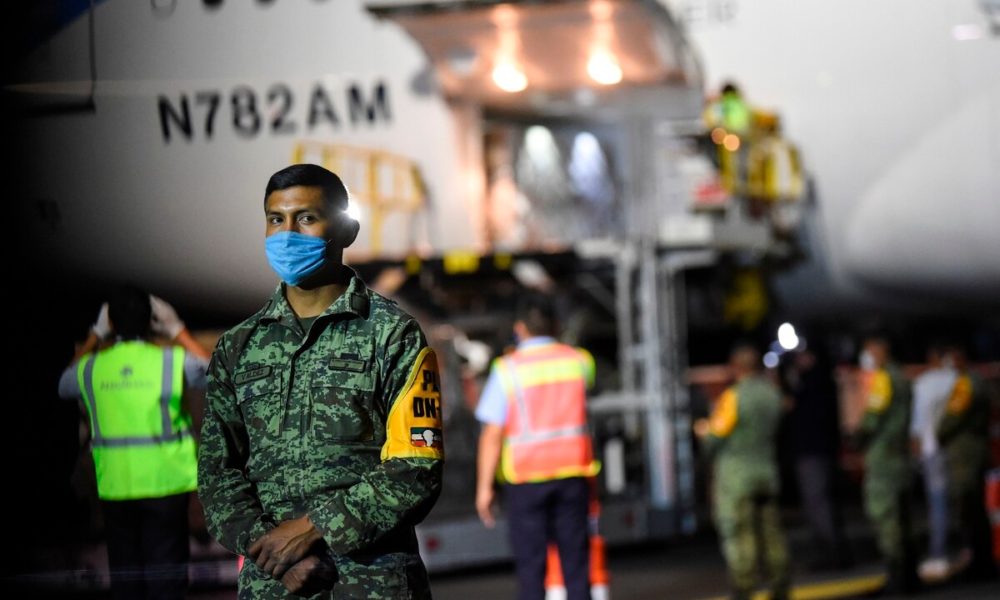 The US defense industry including Lockheed Martin and Boeing, as well as Honeywell and Textron, rely on Mexican production. But, Mexican suppliers have largely closed due to the inability to protect workers during the pandemic.  “Lower manufacturing costs (largely due to a lower wage structure), proximity to original equipment manufacturers (OEMs) in the United States, duty-free access to other important aerospace markets, and a Bilateral Aviation Safety Agreement (BASA) with the United States all contribute to Mexico’s greater appeal compared with other global manufacturing locations” the United States International Trade Commission said in a 2013 report.

The U.S. Ambassador to Mexico, Christopher Landau, posted on his official Twitter account a series of messages urging action to “save the supply chains between the United States, Canada and Mexico”

“The economic integration of North America requires coordination,” said Landau, after being questioned about the safety of workers at manufacturing plants, “Of course health comes first, but it seems short-sighted to suggest that the economic effects don’t matter,” he argued. He said it was not impossible to keep the economy going and to take care of the health of workers, while stressing that supply chains are at risk.

In recent weeks, activity in the maquiladoras on the northern border have been affected by contagion, closures, sanctions, strikes, and work stoppages that require the companies to close their facilities due to the expansion of the virus, as well as optimal health measures in those that continue to operate. In Chihuahua alone, with dozens of plants closed, there are an estimated 180,000 inactive industrial workers.

This call for re-opening plants comes in the context of Trump closing the borders to immigration, making clear what has always been the case: the US demands an easy flow of products over the border, while people are barred and criminalized. In the context of the pandemic, the hypocrisy is staggering. It is even more staggering in the context of the fact that the Mexico is far worse equipped to handle an epidemic than the United States and re-opening and putting workers at risk could mean a death sentence to thousands in Mexico.

It also comes in the context of a massive economic crisis in the United States, with millions of unemployed people, breadlines and hunger. While there isn’t money for working class people and a quarantine wage for everyone, there is always funding to expand the United States military machine. All funding to the military should be frozen immediately, and converted into funding for healthcare and those who are unemployed due to the crisis.

The return to production cannot depend on the interests of business or the death industry of countries with military interference in economically dependent nations. The return to and maintenance of production, in order to truly guarantee the well-being and health of its workers, must be in the hands of the latter. Only elected commissions among the working base can determine whether or not there are conditions for production, and only the organized force of the sector can rethink what they produce and resolve whether production will be aimed at serving the great majorities or the few who do not hesitate to put their profits and their arsenal above workers’ lives.

This article was originally published in la Izquierda Diaro, Mexico on April 23.