With almost 100,000 confirmed cases of Covid-19 in Peru, Lima’s hospitals are already at capacity and cannot receive more patients. Doctors working at public hospitals are now having to decide on who can receive care in the intensive care units. 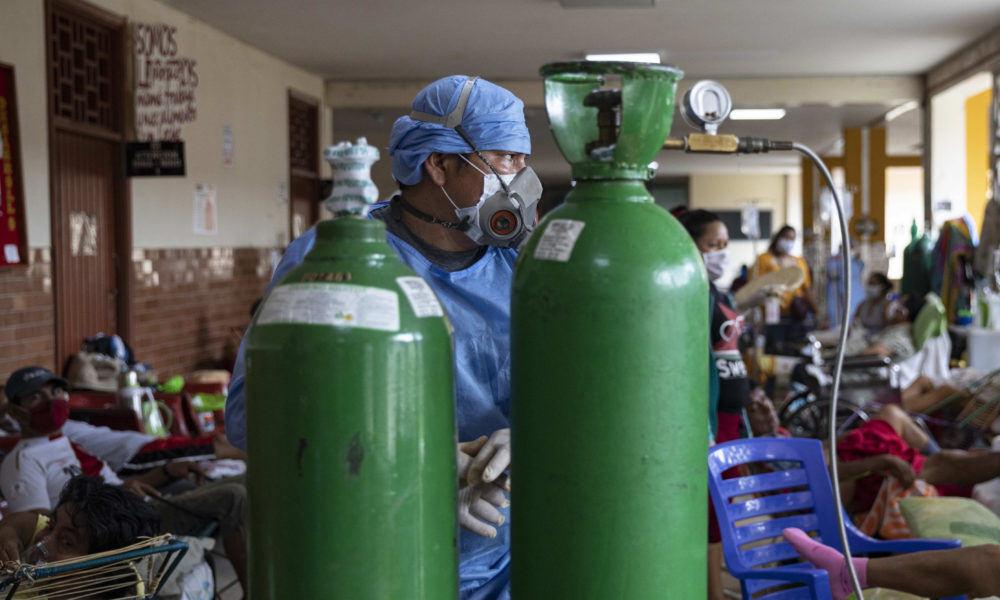 With few ICU beds and ventilators available, doctors in Peru’s hospitals are working in harrowing conditions as patients are being turned away. According to complaints from several doctors and a statement by the President of the Society of Intensive Care Medicine, the Peruvian health care system is in a critical condition, forcing doctors to make difficult decisions on who should receive care in the intensive care unit (ICU). Hospitals are now prioritizing patients who have a better chance of recovery. As a result, elderly Covid-19 patients in hospitals across Peru are no longer eligible to receive care in the ICU units.

Peru currently has  the 12th-highest number of confirmed cases of Covid-19 in the world, with almost 100,000 cases and a death toll of  almost 3,000. Although the Peruvian government shut down the economy quickly, big businesses continued to require that workers show up, with little to no PPE or testing available.

Mining companies in particular continued to force workers to show up rather than provide paid time off. Now, miners are a hub infection, with well over 500 miners testing positive for COVID-19. Companies demanded that workers, desperate to make ends meet, sign a statement in which they exempt the companies from labor or criminal liability if they fall sick.

The predominantly indigenous regions are also particularly hard hit. “We feel abandoned by the central government and ignored by the local government,” said Hilario-Manenima, an indigenous Shipibo-Konibo leader. “For the communities further in the forest, it’s as if they were sentenced to die,” he added. “For the poorest of the poor, what can they do?”

The Peruvian government is entirely responsible for the rapid collapse of the country’s health care system. Peru has among Latin America’s  lowest public investment in healthcare, creating the foundations for the current crisis. It has been six months since the World Health Organization declared Covid-19 a global pandemic, and two months since the beginning of the national quarantine. The government, however, has yet to allocate funds to improving hospital infrastructure or pursue mass testing to allow for early detection, treatment, and isolation of Covid-19 patients. Additionally, hospital executives are not providing health workers with personal protection equipment or other supplies needed to combat this crisis. This disregard for the safety of health care workers dramatically compromises workers on the front line of this pandemic.

The government created the perfect legal and political environment to allow capital to extract the most profit out of this pandemic at the expense of the lives and pain of the working class. Indeed, the pandemic is not only exposing severe inequalities, but it is also further exacerbating them. Recently, Peru’s Central Reserve Bank announced bailouts for the private retirement and pension system. The government also allowed mass layoffs and provided 30 billion soles ($8.8 billion) in bailout money for banks and businesses in the first stretch of the quarantine.

A Socialist Response to the Crisis

As the daily number of confirmed cases and deaths continues to rise, a change in the approach toward the pandemic is vital to meet the medical needs of those affected by the virus. Doctors, nurses, and other health care professionals are not the only workers at risk. Workers in the service industry who are forced to work to earn a salary are also at risk.

For this reason, we demand that all healthcare professionals be guaranteed free periodic testing, to ensure their safety. Testing should also be provided to all essential workers, including those working in food production, supermarkets, pharmacies, transport, cleaning services, telecommunications, and funeral homes. Free testing should also be available to anyone who has Covid-19 symptoms or who has had contact with a confirmed patient.

In light of the strain placed on underfunded public hospitals, private hospitals should be immediately nationalized and brought under workers’ control. By bringing hospitals under the control of democratically elected workers’ committees, we can ensure that hospitals prioritize human life. Indeed, capitalism has allowed capital to profit from illness for far too long. Large pharmaceutical chains have been allowed to inflate the cost of basic medicine, all under the approving gaze of politicians, government officials, and institutions such as the National Institute for the Defense of the Consumer.

To cover the financial costs needed to reinforce our medical infrastructure, we should immediately implement a progressive tax on the profits of big businesses. Large corporations have, for too long, been allowed to keep their accounting books and banking details a secret. Now is the time for us to assess how much banks and the private pension system actually make and how much they pay in taxes. Additionally, it is also important to nationalize the production process of natural resources, including the mining industry, and bring them under workers’ control. These measures are necessary for supporting our public health care system and ensuring that no one’s life is deemed unessential.