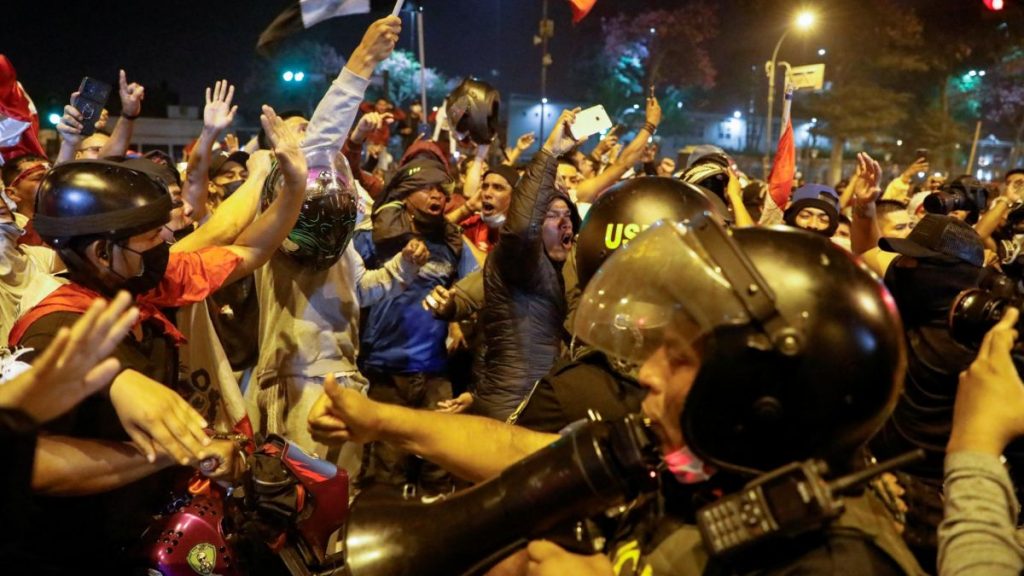 For over a week, mobilizations have shaken Peru in protest of rising cost of living, especially fuel costs that have hit the poor hardest. Already, police have shot four demonstrators dead.

The so-called “progressive” government of Pedro Castillo attempted to rein in the demonstrations by issuing a state of emergency and mandatory curfew and sending the federal police force to repress demonstrators. Less than 24 hours later, Castillo was forced to withdraw the order in the face of massive opposition in the streets.

Many protests are taking place in Peru’s poorest regions, paradoxically one of Castillo’s bastions of support during last year’s presidential campaign. In the interior of the country, truck drivers are protesting rising gas prices by paralyzing roads. They have been joined by agricultural workers who are demanding improvements in their working conditions. Thousands of poor peasants have also mobilized against the government’s policies favoring multinationals and large landholders.

In the cities of Lima and Callao, protestors set up barricades in the streets and hurled rocks at police who attempted to break up the demonstrations. The main union confederation held a strike on Thursday, along with the teachers’ union.

Castillo took office on promises to end the neoliberal policies of previous governments. However, he has since moved rightward, appointing a number of conservative figures and business representatives to his government and promising to work alongside business leaders. The “land reform” he promised has failed to challenge big agriculture and break up large holdings.

Once again, the crisis in Peru demonstrates the dead end of “anti-neoliberal” figures and parties who try to administer the capitalist state. Faced with the discontent of the Peruvian people, Castillo has called upon the same repressive forces used for decades in Peru to protect business interests and discipline the poor and working class.

The outbreak of popular struggles in Peru recalls similar mobilizations against the supposedly progressive “Pink Tide” governments. The most visible of these was the struggle in Nicaragua beginning in 2018 sparked by the Ortega government’s proposed pension reforms. Ortega responded with a brutal crackdown that left as many as 500 dead.

Despite his insistence on cooperation with the conservative politicians, Castillo has failed to earn much favor among the right wing. The Right continues to demand Castillo’s resignation, expressing pessimism about the president’s ability to assuage popular discontent. Far from confronting this conservative onslaught, the government and the sectors of the reformist left that support Castillo have chosen to lean more and more to the right and let the reactionary sectors go, all in order to maintain their positions in government.