Over a thousand people took to the streets in Los Angeles to protest the attacks on abortion rights. The police, armed to the teeth, severely repressed them. 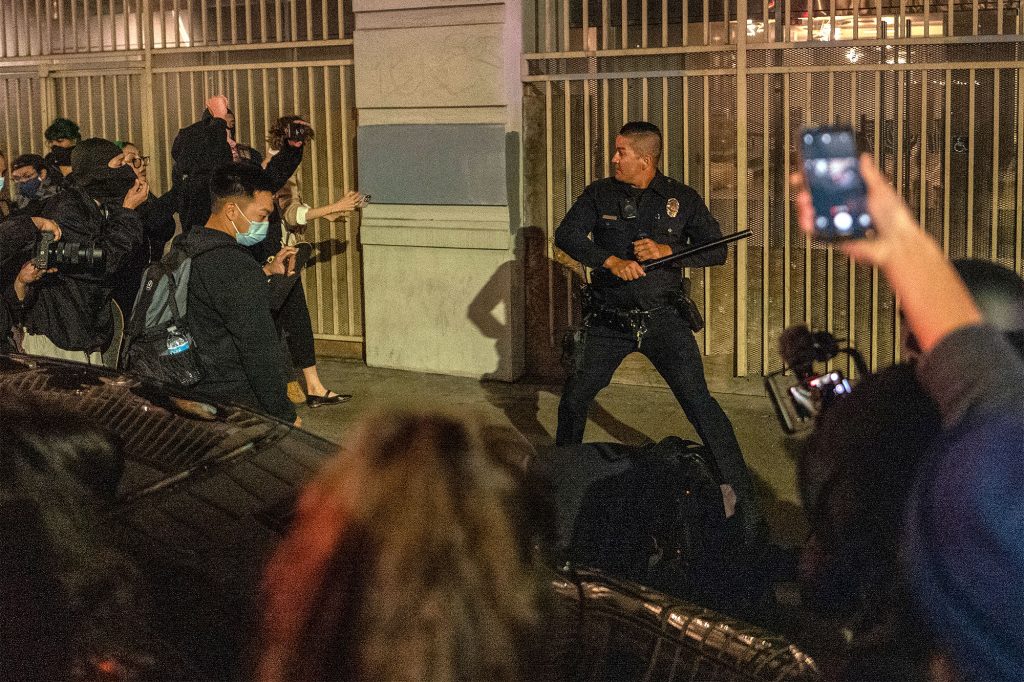 Last night, tens of thousands of people across the country mobilized for abortion rights after the leaked document confirmed our worst fears: the Supreme Court plans to overturn Roe v. Wade.

In Los Angeles, over a thousand people came out to rally and march. Speakers of all ages took to the stage in defense of abortion rights as the police and armed forces looked on. As high schoolers gave speeches, U.S. marshalls in bullet proof vests stood by. It is clear that they were preparing to clash with protesters.

The protests continued into the night and protesters took to the streets to block them. As they walked from the United States Courthouse on W. First Street to Pershing Square, hoards of police descended on the protesters.

The police further threatened protesters, at one point the cops assaulted a protester, beating them and others with a baton.

While the cops claim they were attacked by protesters, the videos say otherwise. It’s clear that the cops attacked the protesters. It’s clear that the cops descended on an abortion rights march decked out in riot gear and armed to the teeth. This is a deterrence tactic to try to keep people from protesting for their rights, even as those rights are being indiscriminately stripped away.

We know we will win the right to abortion rights in the streets, by organizing massive and combative protests. The cops — designed to defend the patriarchal and racist capitalist system — are our enemies in this struggle.