Police Kill at Least Twice as Many People as Previously Reported

2020 was a terrible year for police violence, but a new report shows that many more people, particularly people of color, have been killed by cops in the United States than previously reported. 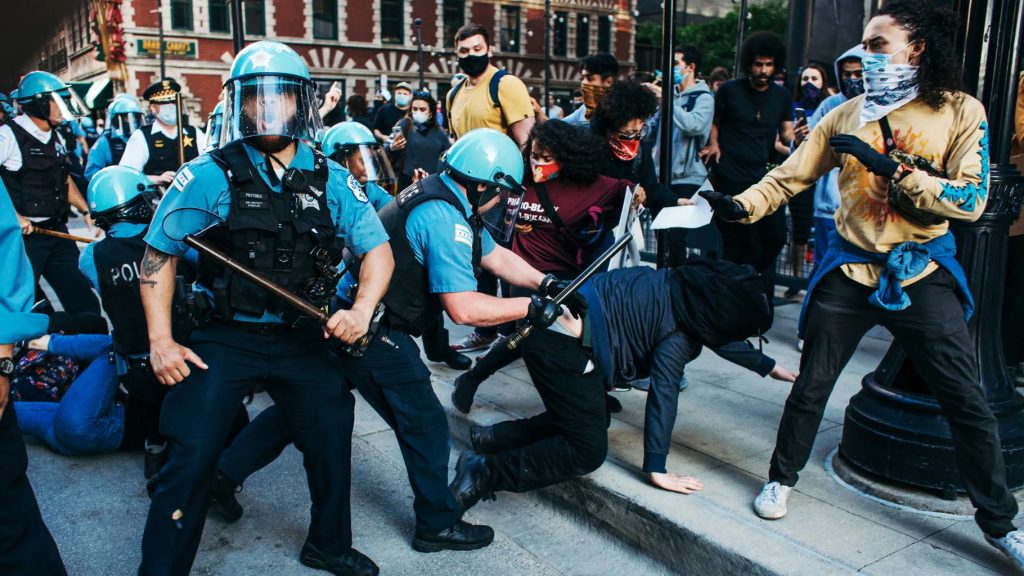 According to The Guardian newspaper, 1,093 people were killed by police in the United States in 2020. Meanwhile, the website Mapping Police Violence, another well-respected source for such information, puts that number slightly higher at 1,127, and Statista claims it is 1,021. These figures reflect a consensus that has existed since around 2015 that, in general, police in the United States kill about 1,000 people per year.

This extraordinary number far exceeds that of any other wealthy country in the world. For instance, police in the United States kill 10 times the number of people per capita as those in France, 30 times those in Germany, and 60 times more than those killed in the UK. Since 2000, it is estimated that tens of thousands of people, including at least 8,000 Black people, were killed by U.S. police and more are killed almost every day. In fact, since the beginning of 2021, there have been only six days in which the police did not shoot, asphyxiate, beat to death, or otherwise kill someone.

As shocking as the numbers are, activists and critics of police violence have long believed that the actual number of people killed by police in the United States was likely much higher. And now, a new report published by the Raza Database Project at California State University, San Bernadino (CSUSB), is challenging the 1,000-per-year narrative.

The Raza Database Project is a product of the Latino Education and Advocacy Days Group at CSUSB. To complete the database, the group enrolled more than 50 volunteer researchers, journalists, and family members of people killed by police violence to research and investigate what they suspected was a significant undercount of Black and Latino people killed by the police.

The report, which was released on May 27, shows that there has in fact been a massive undercount of police killings, particularly among Black and Latino people. The greatest number of these new deaths come from people who died while already in police custody, including many who had been falsely listed as having died from “medical emergencies.” This research shows that the number of people killed by police in the United States is likely almost double what is normally reported by the media.

According to the report, the actual number of police killings for 2020 was 2,134 — well over a thousand more than what The Guardian reported for that same year. And that same discrepancy is seen in almost all the data every year since 2014. The project also shows that the number of Latino people killed by the police has also been significantly underreported, in large part because many police departments rely heavily on surnames to classify the race or ethnicity of people in their custody.

As a result of this, the actual number of Latino people killed by police is actually about 25 percent higher than normally reported, according to the project. Meanwhile, a closer inspection of the number of victims whose ethnicity was listed as “unknown” revealed that the number of Asians and Pacific Islanders killed by Police increased by an astonishing 600 percent, from 217 to more than 1,400 since just 2014.

These numbers show that police across the United States are killing significantly more people than previously thought, and many more people of color across a much wider spectrum of ethnicities. And these numbers held steady despite a mass uprising against police violence.

While the database does not account for income or class, it is quite obvious that the vast majority of people killed by the police are also poor and working people, victims of the system of capitalist exploitation as well as the police repression it relies upon. In that respect, these numbers show the need for continued resistance, like we saw almost exactly one year ago, when young people of all colors and ethnicities rose up to march, protest, fight, strike, and organize in response to the murder of George Floyd and against the racist police. It is clear from these figures that the police cannot be reformed; they must be abolished, sooner rather than later, but that struggle cannot succeed without a struggle to also overthrow the capitalist system the police protect.