On October 16, a rally was held in Kalamazoo, Michigan to protest a recent houseless sweep, and show support for the houseless against the repressive policies of the city. 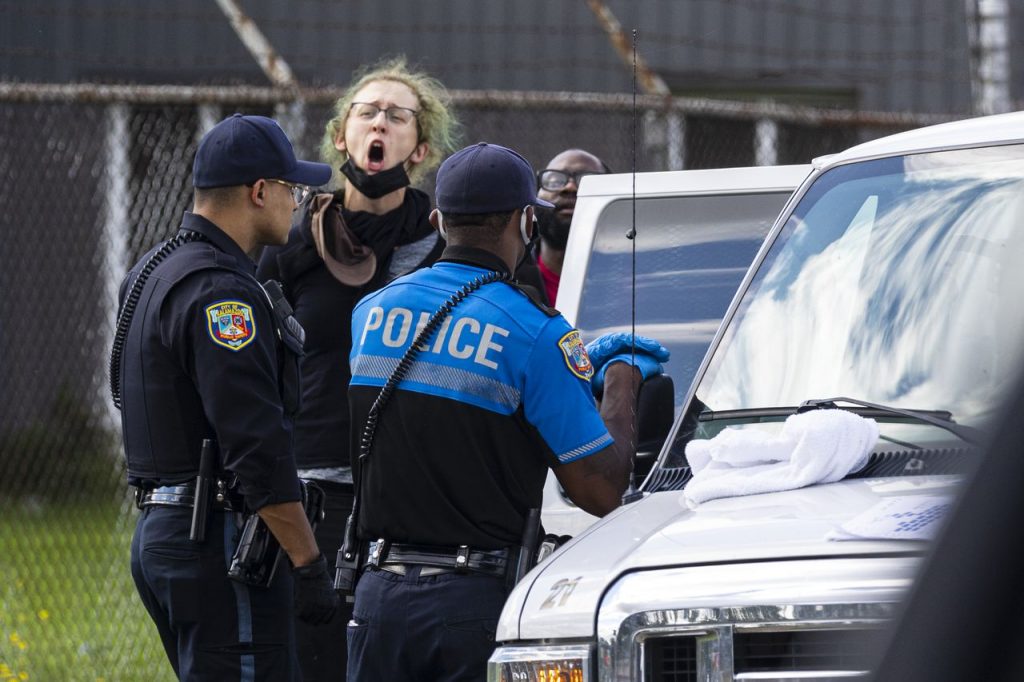 On Saturday October 16, folks gathered in Bronson Park in Kalamazoo, Michigan, to hold a rally after a recent violent houseless sweep. The police decimated a large encampment, home to over 100 people, known as Tent City. Members of the encampment spoke about the events that occured the previous week, on October 6, in which the Kalamazoo Public Safety Department told residents they had five minutes to pack up their belongings and leave.

The city had told those at the encampment a month earlier that they had two weeks to evacuate the camp and move outside the city limits. The police arrived a week before the scheduled eviction and used violence, bulldozers, and other means to clear out the encampment. They went as far as to bus the residents out of Kalamazoo city limits to more remote areas such as Gull Road.

This phenomenon is not new to Kalamazoo: the city has been clearing houseless encampments more and more frequently as more affluent people move into the city and as the rates of houselessness increase due to the fallout from the COVID-19 pandemic. But one anonymous advocate for the Kalamazoo houseless stated that there has been an “unprecedented” escalation of violent police tactics against the encampments, and this recent sweep has been one of the largest and most violent as of late with both mayor David Anderson and chief of police Vernon Coakley actively participating. According to one local activist, they were seen dragging tents away with their bare hands.

Kalamazoo, a small city between Chicago and Detroit, is a hub for transnational industry. Stryker, a multi-billion dollar corporation that makes healthcare products, is headquartered in the city along with Pfizer’s largest manufacturing facility in the country, and Kellogg is headquartered in neighboring Battle Creek. With the influx of wealth and  international capital in Kalamazoo, the city is both rapidly gentrifying and catering to the interests of a wealthy upper middle class that can afford downtown high-rises and expensive dinners.

Earlier this year, the city received a $400 million donation from an anonymous billionaire to an endowment fund to be used for housing and other “government projects” that were supposed to help the rising houseless population. However local activists have said that it’s not being used for its intended purpose but rather for local housing developers. Instead of showing any accountability or responsibility for its citizens, the city’s response to the houseless epidemic in Kalamazoo has been to quite literally sweep it out of their sight, to raze local encampments, and ship the houseless population to more remote areas just outside city limits.

Before the rally, residents from the city spoke at a meeting with the Citizens Public Safety Review and Appeals Board. The public comments went on for over an hour in which they described their disgust with the brutality of the police force used against the houseless, and how they considered “Tent City” to be a part of the wider Kalamazoo community, demonstrating that folks from the community are against the sweeps. Board Chair Vernon Payne expressed his dissatisfaction with the length of the meeting, and complained about “repeat callers who went over their three minute time limit.”

This rally wasn’t the first time folks gathered around the issue of houselessness in the city. During the summer and fall of 2018, houseless folks organized a protest in the same park, Bronson Park, to demand better resources from the city. Houseless folks with the support of community activists and then City Commissioner Shannon Sykes-Nehring set up their tents in the park and sent their demands to the city which included the development of a housing-first strategy in the city; an investigation into assaults that occured at the city’s only emergency overnight shelter, Kalamazoo Gospel Mission; and full access to physical and mental health care for houseless folks, among other demands.

In October of 2018, Kalamazoo received $457,897 from the Michigan State Housing Development Authority for “housing-first” programs in Kalamazoo County. And as a result of the protest, the MSHDA sent an additional $50,000 for rental subsidies. However some of the folks who participated in the protest were skeptical about the funds actually being of any help to the houseless in the city, especially folks in need of mental health or substance abuse support. One protestor also expressed doubt that the measures would be of any help due to landlords in the city stating they would refuse to rent to folks who participated in the protest.

The rally on October 16th showed that there is active support for the houseless against the repressive policies of the city, and provided a space for activists and houseless folks to share their stories and experiences from the sweep.