A new poll shows that a supermajority of respondents, especially young people and people of color, support the unionization struggles of Amazon workers. This growing enthusiasm comes against the backdrop of the recent victory among Staten Island Amazon workers. 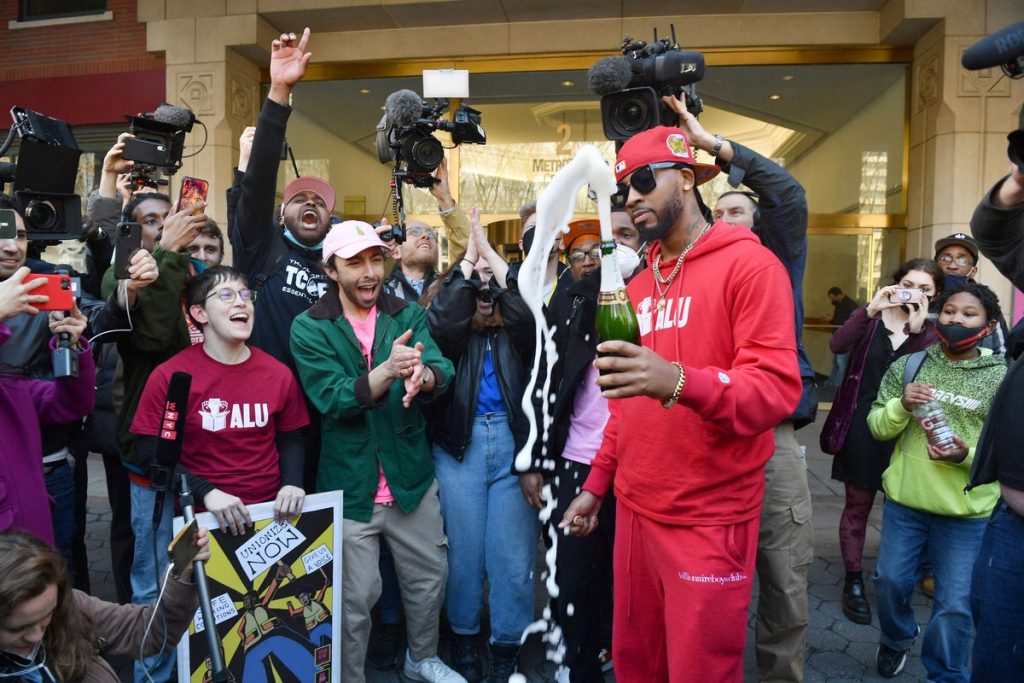 In a recent survey of nearly 2,500 Americans, 75 percent of respondents agreed with Amazon workers who say that they “need union representation in order to have job security, better pay, and safer working conditions” — the demands listed on the Amazon Labor Union website. The poll, which was conducted earlier this month by More Perfect Union, found that support for unionization was significantly more popular (roughly 20% higher) than the management-side argument that workers don’t need a union because they already have good pay and benefits.

Support for unionizing Amazon workers was highest among young respondents, with 83 percent of Americans aged 18-34 agreeing with the union’s argument, followed by 80 percent of those aged 35-49. This enthusiasm for unionization is not surprising given that young people hold some of the most precarious jobs and were shaped by the experience of multiple economic crises, the Black Lives Matter movement, and the pandemic. In September, Gallup reported that support for unions among Americans 18-34 stood at 77 percent.

But this support isn’t limited to progressives — even conservative working-class youth are showing interest in the labor movement. 71 percent of 18-34 year-old Trump voters said that Amazon workers needed a union, while 66 percent of the former president’s supporters aged 35-49 agreed with the sentiment. These figures are an expression of how deeply the unionization struggle resonates among the American working class, which experienced a sharp union decline during the neoliberal offensive.

“Generation U” — ”U” for “Union” — the new face of the labor movement in America, is multiracial and queer. This generation of precarious workers is willing to pose a collective fight against the various types of oppressions that capitalism sustains as a way to divide workers. Their fight is inspiring workers across generations, racial lines, around the world.

You might be interested in: In a Historic Victory, Staten Island Workers Form the First U.S. Amazon Union

Petitions to hold union elections surged in the first quarter of 2022, according to the National Labor Relations Board (NLRB), and many were sparked by young activists at corporations such as Starbucks and universities across the country. In the context of this unionization wave, coming on the heels of record profits of many of these corporations during the pandemic, more and more workers are coming to the conclusion that they are essential, that they run the world. And this consciousness is fueling growing aspirations for better working conditions, with each struggle tied to another.
While only one in 10 U.S. workers are unionized today, more and more workers realize that that must change. With May Day less than two weeks away, workers have an opportunity to take a united stand and join the calls for a union, reclaiming the heritage of a more militant May Day, and fighting back against all unjust laws and tactics that limit these rights.