Post Office cuts during the pandemic could lead to new levels of voter suppression, despite yesterday’s announcement suspending further cuts. What does this mean for an electoral strategy? 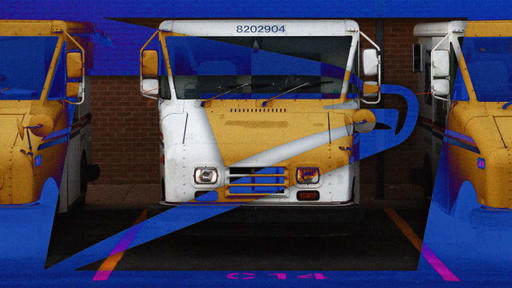 The United States Postal Service, under the direction of the Trump administration, has been slowing and reducing its operations despite the expected surge of mail this election year. With the pandemic making it unsafe to wait in long lines inside crowded poll places, many people will need to vote via mail, but their ballots may be delayed, lost, or simply never received by voters in the first place. On top of the many existing election troubles in the U.S., this could lead to voter suppression at a higher level than has been seen in recent American history.

Trucks were seen removing blue mailboxes from the streets of Portland and Eugene, Oregon in the past week, as well as in various other parts of the country. A spokesperson from the USPS confirmed that this did indeed happen. The cited reason was that people aren’t mailing as much because of the pandemic, but in multiple Twitter replies, people around the country said they had to hunt for other mailboxes because the first one they tried to use was full.

Mail sorting machines across multiple processing facilities have been shut down, according to a Motherboard article. A USPS spokesperson stated that package volume is up and small envelope volume is down, and the change in processing is simply to adapt to this. Different kinds of machines are used to process letters and postcards than are used for packages and large envelopes. This reduction in sorting capacity is despite the massive increase in mail volume that is expected as millions of Americans begin trying to vote via mail instead of in person because of the pandemic. The USPS also reduced overtime for workers, which has already led to many delays. Some postal workers believe that the Post Office might still be able to handle all the election mail as long as it doesn’t all come at once. However, their ability to process the mail will be greatly reduced if too many machines break down or any other unforeseen problems arise. Any worsening of the pandemic might also impact postal processing if too many workers get sick. After popular outcry against the postal cuts, Postmaster General DeJoy announced that he is suspending any further cuts until after the election. He did not say he would undo any of the cuts that already happened.

Congress has long been financially hampering the Post Office, requiring the USPS, and no other organizations, to fund worker retirement benefits for 75 years into the future. Trump recently admitted that he is opposed to properly funding the Post Office in order to prevent universal mail-in voting. He believes, incorrectly, that mass mail voting will somehow lead to fraud. A top Trump staffer stated that “voting rights [are] not our game.” The USPS recently warned almost every state in the U.S. that they cannot guarantee that all ballots will be delivered in time to be counted. The only states not included in this warning were Rhode Island, Oregon, Nevada, and New Mexico. Some states have rushed to change election deadlines. Over sixty lawsuits regarding mail ballots have arisen across many states, but with only a few months left until Election Day, there is little time left for action.

The disruption of voting by mail primarily harms those who cannot safely spend a long time standing in line in a crowded polling place during a pandemic, such as people with chronic illness, people with disabilities that prevent standing for long periods without access to a bathroom, and those who aren’t allowed time off work to vote. In some areas, simply getting to the polling place can require a long drive. That’s an additional problem for people who lack a car, and public transit, where it even exists, isn’t the safest way to travel during a pandemic.

This all comes on top of voter suppression measures that have been around for a long time: gerrymandering, burdensome voter ID laws, recent polling place closures, and voter intimidation. That intimidation might also come from police at the polls. Different states have different laws on time off work to vote (there is no federal guarantee), and these laws are not necessarily always enforced. Some states have no such law at all, and if lines are long, voting could take longer than the allowed time off.

Liberation Isn’t Won At The Polls

Not only has this year of an epic pandemic plus an epic election shown the importance of an efficient public postal service, it has also been another example of how elections alone will never liberate the poor and oppressed. After a very contentious primary that featured a wide range of candidates, the Democratic Party served up two of the most neoliberal status quo candidates of the field in a year defined by crisis and uprisings. Even Bernie Sanders, if he had won, would not have single-handedly ended American imperialism and capitalist exploitation as president. This year has shown us what could successfully challenge these forces — a mass movement of the people. Working-class and marginalized people across the U.S. have joined together to protest police violence and evictions, as well as to support each other with money, food, personal protective equipment, and whatever other supplies and aid they could cobble together for people affected by COVID-19 and the ensuing economic turmoil. Greater organization of this struggle in our workplaces, residential buildings, and public spaces combined with independent political action could begin to really put power in the hands of the people. In the short term, these unified actions of struggle in the streets and workplaces are what is needed to save the USPS from Trump and the Republicans’ attacks. A demonstration outside the Postmaster General’s house seems to have been noticed, as it was shortly after it that he suspended further cuts. It will take greater action to substantially push back against the cuts and other regressive developments, but it’s a fight that the People united can win.