On the fourth anniversary of the Pulse massacre and in the middle of the coronavirus pandemic, the Trump administration announced it would roll back healthcare protections for transgender people. The new rule will allow healthcare and insurance providers to deny medical care and coverage to transgender people. 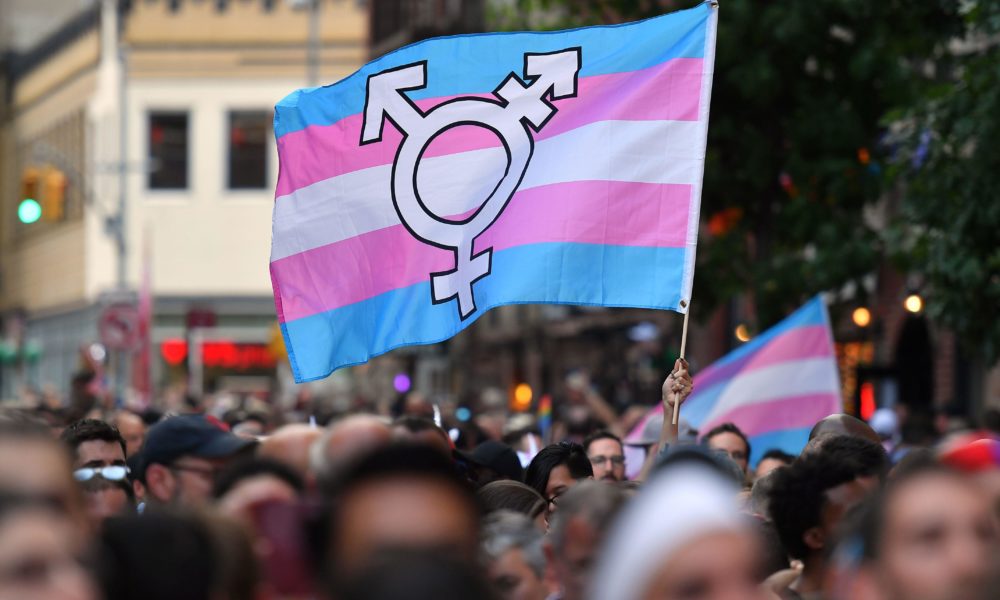 On Friday, the Trump administration announced that it will roll back healthcare discrimination protections for transgender people, a rule which will go into effect in August. The rule will now interpret “sex” according to gender assigned at birth — “male or female … as determined by biology,” according to the Department of Health and Human Services (HHS) — enabling medical professionals and insurance providers to discriminate against transgender people.

The Trump administration made the announcement in the middle of a pandemic and during Pride Month. Most notably, the announcement came on the fourth anniversary of the Pulse nightclub massacre in Orlando, Florida, in which 49 mostly Latinx LGBTQ+ people were murdered. As with many of the Trump administration’s actions, the cruelty of this conspicuous timing is clearly the point.

The rule pertains to the non-discrimination provision of the Affordable Care Act (ACA), enacted by President Barack Obama, which “prohibits discrimination based on race, color, national origin, sex, age or disability” in health care. In 2016, the Obama administration expanded “sex” to include gender identity, defined as, “male, female, neither, or a combination of male or female,” meaning that medical professionals and insurance providers would not be able to discriminate against transgender individuals or deny them medical care. (Notably, the rule immediately faced legal challenges, and an injunction issued in December 2016 stopped the insurance provision from going into effect.)

According to a press release from the HHS, “sex” will now instead be defined as “male or female and as determined by biology,” overturning the Obama administration’s rule. This move has far-reaching and chilling implications for transgender people. Medical providers will be able to deny care to anyone who is transgender, or condition treatment on halting medical transition. Insurance providers will be able to refuse transition-related care such as hormone replacement therapy or gender-affirming surgery.

Roger Severino, director of the HHS’s Office for Civil Rights, has long been a critic of legal protections for LGBTQ+ individuals. A staunch conservative and devout Catholic, he is seen as the driving figure behind the “religious freedom” agenda underpinning the Trump administration’s healthcare rules. Severino said that the non-discrimination rule change “clears up the mass confusion unleashed by Obama’s redefinition of sex discrimination … Sex is a biological reality critically important in the practice of medicine and science.” The HHS’s press release also alleges that $2.9 billion would be saved by eliminating “expensive notices” printed in foreign languages, providing more flimsy coverage for their dangerous transphobic agenda.

While transgender people are disproportionately dependent on the healthcare system for gender-affirming treatment, they face systemic discrimination and conditions that endanger them during the coronavirus pandemic. Nearly 30% of transgender Americans report experiencing harassment in health care, 20% have been denied health care because of their gender, and many avoid seeking medical care for fear of mistreatment. Transgender people face higher levels of poverty than the U.S. average — 29% compared to 12% — and substantially higher rates of unemployment and homelessness. As a result, they are significantly more likely to be uninsured: nearly half a million transgender people could not afford to see a doctor in the past year, even as lifetimes of oppression and poverty leave them more vulnerable to coronavirus.

The new HHS rule is part of the Trump administration’s ongoing attacks against the transgender community, and particularly endangers transgender people of color who are disproportionately the target of oppression and violence. The ongoing uprising against police brutality has taken up this cause, and on Sunday thousands of people in New York marched in solidarity with Black trans lives. We must continue to fight state violence against trans people, including in the form of healthcare discrimination.

Corporate-run and profit-motivated health care, subject to the whims of capitalist management, can never provide safety for transgender people who will inevitably be sold out in negotiations for healthcare reform. We need to fight for universal health care under the control of workers and patients, put towards the collective needs of society. Only a worker-controlled, nationalized system, with special attention to the most oppressed patients, can guarantee care for all people. While the coronavirus pandemic continues to ravage the U.S., it is unconscionable to further endanger society’s most oppressed people.