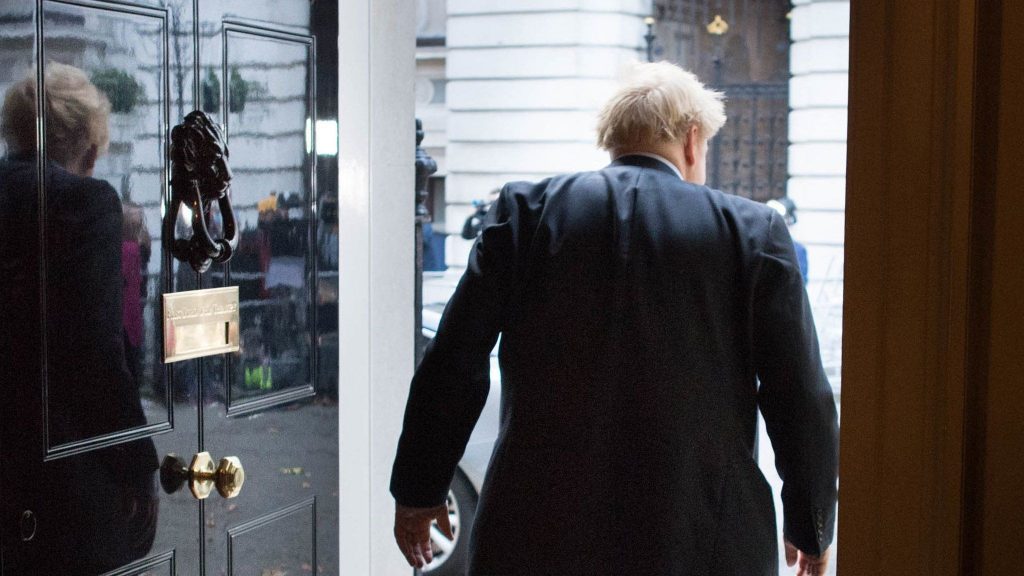 It took Boris Johnson 36 hours of frenzied crisis to admit that his time as prime minister was up. Before stepping down, he had his “Trump moment”: he threatened to dissolve Parliament and call early elections, dragging the Conservative Party down with him, which was certain to be defeated. He even used the populist argument that the source of his legitimacy was in the popular vote, based on the 2019 election, in which an electorate electrified by Brexit gave the Conservative Party its most resounding parliamentary majority in the last 30 years.

But Johnson’s rhetorical maneuver did not stand the test of the British parliamentary system, in which it is the parties, not the citizens, who elect the prime minister.

Finally, on July 7, he announced his resignation, even though his fate was already sealed. Two days earlier, two of his main ministers had resigned — Chancellor of the Exchequer (finance minister) Rishi Sunak and Secretary of State for Health and Social Care Sajid Javid. From that moment on, the “great resignation” of his cabinet was unstoppable: 53 people left the Conservative government in one day.

Johnson was ousted from 10 Downing Street by a Conservative revolt. The immediate cause was Johnson’s cover-up of the scandal involving Chris Pincher, a Tory MP who sexually assaulted two other men. The relevance of the Pincher case is that sexual abuse is frequent in political circles — especially but not exclusively among conservative ones — as well as among the royalty and the ruling class, an expression of the double standards and secular impunity provided by aristocratic privileges.

The Pincher incident was the straw that broke the camel’s back. For months, Johnson and several members of his cabinet had been jumping from scandal to scandal over “Partygate,” the revelations that parties took place at the prime minister’s official residence and other government buildings in violation of Covid-19 restrictions.

The end of the Johnson cycle is one more chapter of the organic crisis opened six years ago with the triumph of Brexit, which exposed the deep polarization — political, economic, social, geographic, and cultural — that had developed during the decades of neoliberalism.

As was already evident at other points in the Conservatives’ 12 years in power, the Tory party is divided. On the one hand, it has a “libertarian” soul that seeks to recover the Thatcherite ethos of a small state and lower taxes. On the other hand, the party is linked to the sectors ruined by globalization, which demagogue protectionism. Both sectors are fanatics of Brexit — the “fantasy” that acts as the organizing principle of the Tories, according to the Economist. Both, in turn, flirt with the xenophobic and anti-immigrant policies of the extreme Right, such as those promoted by former UKIP leader Nigel Farage.

Johnson tried to reconcile this structural contradiction, oscillating between the two fractions: he promised to cut taxes while increasing public spending, and to promote the free market while imposing protectionist measures. He also took a tough stance by expelling refugees to Rwanda and trying to capitalize on the war in Ukraine. But this was not enough and was doomed to fail.

A period of uncertainty is now opening up. Johnson has resigned, but he has not yet left. He intends to remain in office until the party — the 150,000 Conservatives who are eligible to vote — elects his replacement. But if this becomes untenable, which is likely, he may be replaced by some party figurehead who has a consensus to take over in the interim.

There is already a line of Thatcherites and Brexiters lined up for succession with no clear front-runner. The election process could therefore last until the beginning of fall, ushering in several long months in which the ruling class will have to pretend to have an acting government even though the full Johnson cabinet has resigned.

The timing of the crisis could not be worse for the Conservative Party and the ruling class. According to the OECD, the UK will have the worst economic growth in the G20 besides Russia in 2023, thanks to the combined effects of Brexit, the pandemic, and the war in Ukraine. Inflation is expected to reach 11 percent, the highest rate among the G7 countries, and many economists are already talking about “stagflation.” So far this year, the pound has lost 11 percent of its value against the dollar.

Meanwhile, Brexit continues to strain state unity. The crisis with the European Union has been reactivated by the implementation of the protocol agreed with Northern Ireland, which, although part of the United Kingdom, effectively remains in the EU’s single market for goods, since the Republic of Ireland still belongs to the EU. This could call into question the Good Friday Agreement and reopen the Irish conflict. And Scotland — also pro-European — has already announced its intention to hold a new referendum to become independent from the United Kingdom.

The great novelty against this backdrop is the class struggle. Inflation and the cost-of-living crisis have left Brits fed up, opening up struggles in both the organized labor movement and among precarious workers such as we have not seen for decades. These include wildcat strikes in the oil sector of the North Sea, strikes that have no union representation, and the recent strikes of the RMT union’s railroad and subway workers. Communications, legal, healthcare, teachers, and airport workers are also threatening or poised to strike. Many are calling this show of the working class’s collective power the “Summer of Discontent,” drawing a parallel with the 1978–79 “Winter of Discontent,” a milestone of the great wave of class struggle that Margaret Thatcher ended up defeating.

The driving forces behind this resurgence of the labor movement are 40 years of neoliberalism, privatizations, and anti-worker and anti-union offensives.

At this critical juncture, one of the main pillars of stability for the ruling class and British imperialism is the Labour Party, which under the leadership of Sir Keir Starmer restored the leadership of the neoliberal Blairite wing and made a profound turn to the right. Starmer purged the left wing of Labour, which had grown strong during the years of Jeremy Corbyn’s leadership, and also marginalized Momentum, the party’s grassroots organization, which is now in deep crisis. The Labour Party accused Corbyn of “anti-Semitism” for his support for the Palestinian struggle, and it forced Labour MPs to withdraw from the Stop the War coalition for criticizing NATO’s role in the war in Ukraine. It also sanctioned MPs who participated in pickets and mobilizations in solidarity with striking workers, and it expelled some Trotskyist groups that still remained within Labour.

The ruling class is in crisis, and we cannot allow it to establish a truce or organize an offensive against workers and unions — the exploited must take advantage of it.

Originally published in Spanish on July 7 in La Izquierda Diario.