An almost 10 year veteran of the logistics industry explains why for-profit logistics is dangerous for workers and the environment. Logistics should be under worker control, not under the control of capitalists for profit. 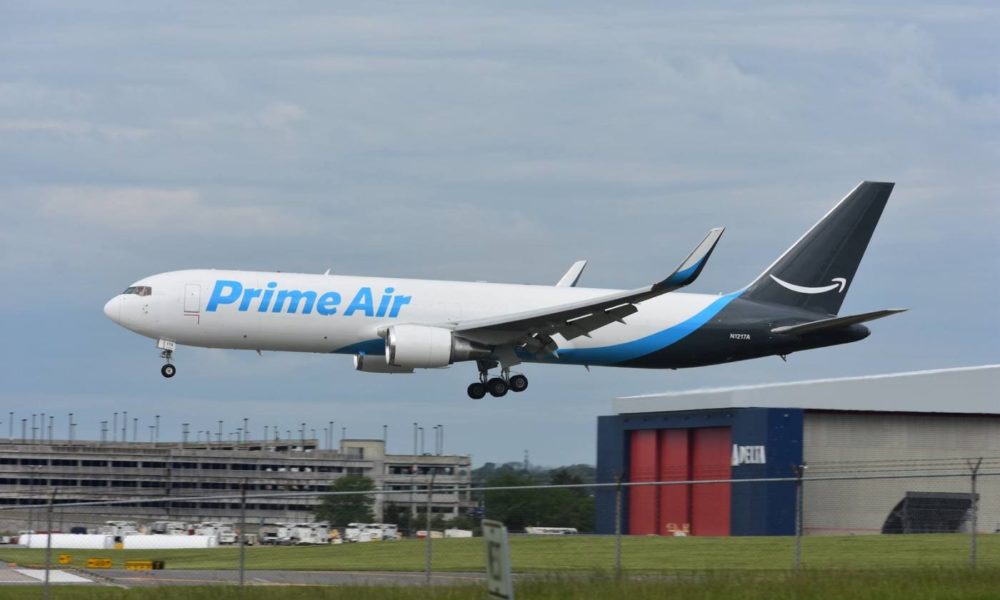 In February 2019, an Amazon Prime cargo flight, operated by Atlas Air, crashed near Houston. The pilot, copilot and one nonrevenue passenger—often known in the industry as a jumpseater⁠—all perished in the disaster. The plane had been flying from Miami full of Amazon and U.S. Postal Service parcels. While thunderstorms were in the area, they did not adversely affect the aircraft. The cause of the crash is believed to be pilot error, even though the pilot was not inexperienced.

This dramatic tragedy reflects deeper troubles in the logistics industry⁠—the global shipping, receiving, storing and handling of everything from fresh vegetables and frozen pizzas to letters and boxes, smartphones, cars, and various raw materials. Insatiable corporate greed and the resulting working conditions and management decisions in Amazon warehouses, FedEx distribution centers and many other places are leading to worker illness, injury and death⁠—not to mention delays and lost or damaged packages.

Amazon has been in the media several times for the awful conditions of their warehouses. Workers have reported the company’s dehumanizing practices, such as precisely tracking workers’ location via GPS and bosses counting each minute they spend in the bathroom. Workers have even died on the job. Some of this push for ever higher volume comes from things like unrealistic delivery expectations for noncritical items, like Amazon’s two-day shipping for Prime orders. Is it really worth workers’ lives to shave a few days off the delivery of a book or a pack of socks? Companies hiring as few workers as possible to boost profits also contributes to this.

One former FedEx worker described the facility she worked in as “machine hell.” There were “conveyor belts and machine noise, the scent of oil, high up on a platform where you are afraid of moving too much, but you have to move very quickly to get packages down the right belts fast enough.” Small packages would sometimes get crushed or lost because workers didn’t get enough time to load the trucks in an organized way. This was punctuated with periods of idleness waiting for packages. Workers were not allowed to do anything but watch the machinery during these times. Once a loading bay broke under the strain of too many packages, with too few workers to handle them. The steel rollers that move the parcels fell out and hung above the floor. A former worker vividly described it as a “giant metal tongue made of disappointment and mistakes.”

Worker abuse is commonplace. While the CEO is a billionaire, the workers were eating a “gelatinous, cold mass” of eggs and tuna sandwiches that were little more than stale bread in the company’s sad excuse for a cafeteria. One worker was forced to lift a two-person load alone, suffered a back injury, and was then ridiculed for being on doctor-mandated light duty. The company provided no accommodations to help the workers communicate with a deaf coworker. Naturally, both the deaf worker and the hearing ones were often frustrated. Another worker once tripped over a tire that was left in the middle of the floor. In a flash, she had to choose between dropping the hazmat container she was carrying or suffering a fall. She endured painful injuries to both knees but still had to work the rest of the day.

This kind of “walk it off” rugged individualist culture is common in proletarian workplaces. One maintenance manager once bragged to the author about how he would work even while sick with a cold. But workers with much more serious health issues are often forced to work through harsh conditions and commutes just to stay off the street. The bosses benefit from rugged individualist culture because it allows them to further exploit workers. Rather than addressing systemic problems like poor access to health care and transit delays, workers are expected to toughen up, walk it off and produce⁠—no matter the costs.

The Battle for Boxes

Out on the streets, the horrors continue. UPS trucks are not air conditioned, and temperatures in the rear cargo area can hit 140 degrees in the summer. In 2018, a 63-year-old U.S. Post Office worker died in her un-air-conditioned truck. The outside temperature that day reached 117 degrees. It’s not just heat, either. A 69-year-old FedEx driver was found frozen to death between two semitrucks in February 2019. In November 2018, another FedEx driver was attacked by a man yelling racial slurs. High delivery quotas do not leave much time for workers to take breaks and attend to their well-being, putting them at risk from health problems, environmental stress and traffic accidents.

In their obsession with endless profits, companies often make asset acquisitions to expand their business without adding enough additional workers to properly operate and maintain it all. These assets might be additional warehouses, aircraft, delivery trucks, sorting machinery, etc. Multiple logistics workers⁠—preferring to remain anonymous for their protection—have commented on companies expanding their fleets without proportionally expanding their staff. Insufficient training and shoddy workplace technology are additional problems. This all leads to mistakes that can cause shipping delays, diminish public confidence and even cost lives. It’s not always as dramatic as the loss of an aircraft. Sometimes it could be installing the wrong part because workers are under high stress and pressed for time. This can lead to flight delays and costly repairs.

Strikes and work slowdowns organized by unions are becoming more frequent but are met with backlash from the bosses. Corporations will sometimes sue unions to get a judge to block labor actions. They sometimes accuse the union of refusing to negotiate while the company doesn’t listen to workers’ demands for fair pay and safe working conditions. Even when profit is up. worker pay barely keeps up with inflation, especially for nonunion workers. This provides a good example of how trade unionism cannot replace the need for proletarian revolution. Despite the support of the unions, terrible working conditions and preventable accidents still persist. When unions withhold their labor, the rich bring down the full power of the state upon them. To break through this, the labor movement will need to radicalize.

In the 21st century, the economy is undeniably global, and that’s not a bad thing. Global air freight allows people to have fresh fruits and vegetables in the winter, and it delivers a variety of food and other products to remote locations. For some towns in Alaska and Canada, the only way in or out much of the year is via air. Delivery of items to one’s door is a massive boon to disabled people and anyone who doesn’t have the time or energy to hunt for pants that both fit and have useable pockets (or any other hard-to-find item).

But this doesn’t have to come at the cost of logistics workers’ health and lives, nor at the cost of the environment. The problem is how the system is being managed and for whom⁠—by and for the bourgeoisie. The solution is to put the global logistics system under the control of the proletariat. With automation, workers could work fewer hours and in safer conditions. When the bosses are no longer siphoning off much of the labor value that the workers are producing, worker pay could be increased and a significant share of society’s resources could be moved from mansions and yachts for the rich to housing and health care for all. Imagine if instead of the bosses determining who gets to work where, and often in sexist, racist and ableist ways, the workers together voted on who among them would administer their organization. In the case of a very large organization, such decisions might be made by a workers’ soviet (or another similar structure).

A people-centric, scientifically managed logistics network could also have big climate benefits. A more reasonable delivery time on many nonurgent items would allow more packages to be sent by rail. Locomotives can be powered by clean and renewable electricity. Even large freight aircraft could be made to run on renewable, carbon-neutral fuel. The technology to make jet fuel using solar power, water and the carbon dioxide in the air already exists. It has yet to enter mass production because it isn’t currently profitable. Localized production of food, medicine and other items could also reduce the amount of shipping needed. Fewer parcels per worker could not only reduce worker stress, it could allow workers to better know and connect with delivery recipients. This may help heal some of the terrible alienation that capitalism has brought to society.

The workers have both the hands-on experience and the numbers to run the system for themselves. All that’s needed is good organization. What better time than now?