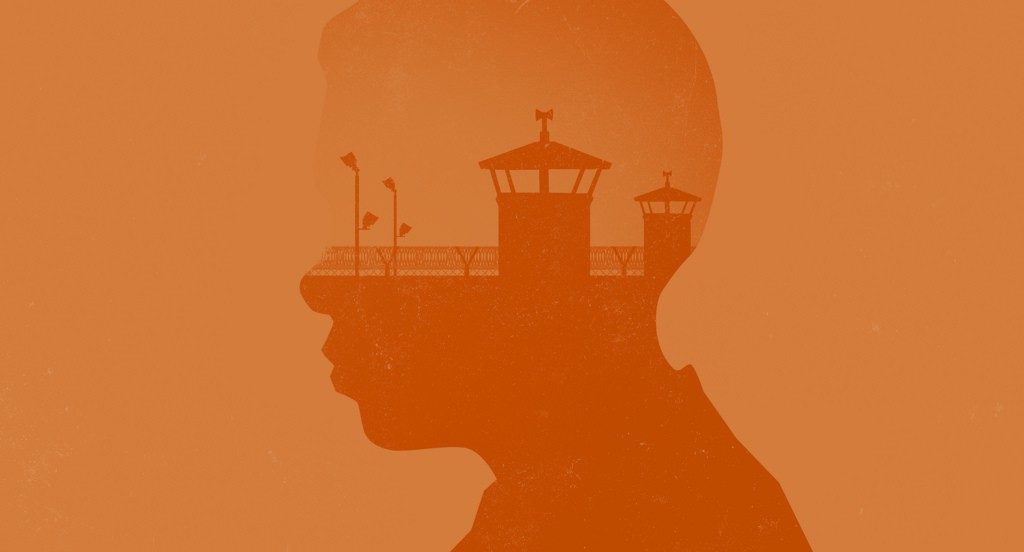 In the wake of the murder of George Floyd and as the movement against the police has gained traction, there has been a flurry of activity as different reformist, leftist, and abolitionist organizations have put forward their own demands and denounced others. Reformist groups tied to the Democratic Party have (clumsily) attempted to co-opt the movement, putting forward tepid programs like #8Can’tWait that are quickly pilloried on the Twittersphere. Pamphlets have distinguished between reformist and abolitionist demands, trying to navigate which demands strengthen the carceral system and pose an obstacle to ultimate abolition and which can ‘pave the way’ towards ‘dismantlement.’ On the socialist and abolitionist Left, there is much consensus: for example, we should reject any proposals (like those of Biden and Sanders) that call for more funding for the police. But there is at least one demand that has proved more controversial: Jail Killer Cops.

The goal and framework of prison abolition holds an influential position in the broader Left. It is grounded in the understanding that the entire ‘justice’ system — from cops, to district attorneys, to the Supreme Court, and prisons — does not serve Black, brown, poor, and working class communities. It does not deliver justice, but serves to uphold capitalist property relations and maintain conditions favorable to capitalist profit accumulation. These systems built for and by capital cannot be reformed — they must be abolished. This is not our justice, but capitalist justice.

Prison abolitionists pose the question: what would our justice look like? This thought experiment has provoked discussions of restorative justice and debates about transformative justice; it has shaped the ways that leftist organizations attempt to address internal conflict and transgression. It is very much concerned with the work of imagining new modes of being, outside of the cruelties and injustices that are endogenous to capitalism.

This is very beautiful work and we can continue to think about what our own internal forms of justice and redemption can look like. But in a moment such as this — after hundred of millions of people across the world watched four cops murder George Floyd over the course of eight minutes and 46 seconds — it leaves some of the abolitionist Left in a bind. How to relate to the popular demand of jailing killer cops? Some abolitionists have insisted that the demand strengthens illusions that prisons deliver justice. Some have said they would prefer that cops receive therapy. Perhaps, in our own post-revolution world, in which we collectively and democratically direct resources, we will handle murder in such a way. But this is not our world. And the killing of George Floyd is not just murder but state murder. The demand to jail killer cops, from a socialist perspective, is not about justice; it is about fighting against state repression and organizing to overthrow capital.

Prison abolition is frequently discussed in terms of “dismantling”; chipping away at the prison industrial complex bit by bit. Critical Resistance — one of the largest prison abolition organizations founded in 1997 by Angela Davis, Rose Braz, and Ruth Wilson Gilmore — defines abolition thusly:

Because the PIC [prison industrial complex] is not an isolated system, abolition is a broad strategy. An abolitionist vision means that we must build models today that can represent how we want to live in the future. It means developing practical strategies for taking small steps that move us toward making our dreams real and that lead us all to believe that things really could be different. It means living this vision in our daily lives.

Chipping away at the institutions that uphold capitalism is not only insufficient — it does not work. As labor and social movements have ebbed and flowed, they have in moments of strength been able to renegotiate the terms of exploitation and oppression and in moments of weakness lost previous gains: such is the fate of a reformist strategy. To give prison abolition its due, decades of activism have done much to garner sympathy — generally for reforms, but also for new ways of conceiving of justice. But the prison industrial complex has only become more bloated as its root cause — capitalism — persists. The strategy of attrition implicitly embraced by most prison abolitionists must be replaced by a strategy of overthrow — a strategy that has as its aim the overthrow of the capitalist state.

You may be interested in: Revolution or Attrition: Reading Kautsky Between the Lines

So what is the relationship between smashing the capitalist state and jailing killer cops?

It is true, as Black feminist Audre Lorde contended, that “the master’s tools will never dismantle the master’s house” — the capitalist state cannot be made to work in the interest of the exploited and oppressed majority. However, organizing around demands like “jailing killer cops” means organizing against police violence to make the state pay a political price for each act of repression. These demands can weaken the state’s ability to murder with impunity.

The state is actually employing a similar logic. The federal government is trying to throw the book at protesters who have been arrested — for example, in the case of the three protesters accused of throwing molotov cocktails and facing life in prison. Their goal is the inverse of ours: the state is seeking to weaken the movement’s ability to maneuver by raising the stakes. This is also a factor in Trump’s recent efforts to make vandalism of statues punishable by ten years imprisonment.

You may be interested in: Free the Three: Sign the International Petition to Release Black Lives Matter Protesters Facing Federal Charges

We must fight both for the unconditional release of political prisoners — and against all repression against the working class and oppressed — and for the jailing of killer cops. We want it to be as difficult as possible for the capitalist state to exploit and repress; we want to limit its range of maneuver.

The United States is a particularly militarized state in which the policing of schools, transit, hospitals, unions, communities, etc. is completely naturalized. Police in the U.S. kill civilians at a drastically higher rate than in other countries. The state requires repression, and — particularly in the case of the U.S. — the state ensures that its armed wing can operate with deadly force. Within this context, organizing around the demand to jail killer cops can be seen as a fight for the democratic right to live, organize, and protest without being killed by the state.

The ability of the current movement to actually achieve such a leap is directly proportional to its ability to massify and organize. Organizing protests as we have seen over the past months, as well as strikes like the ILWU strike against police violence and for the jailing of killer cops will only strengthen the working class in our fight against capital.  But even if the movement is unable to win these demands, the failure of the capitalist state to deliver on them serves to expose its true class character: it is incredibly telling that the cops who murdered Breonna Taylor walk free while protesters who threw molotov cocktails at an empty cop car face life in prison. Demands like “Jail Killer Cops” and “Free All Political Prisoners” can actually delegitimize capitalist institutions as the failure of the state to fulfill seemingly basic demands reveals its true character.

Again: the goal, in this case, is actually not justice at all. We must be incredibly clear: no true justice can be served under capitalism. How could it be? In a blood-soaked system organized to exploit and oppress the vast majority for the profit of the few, how could justice ever be delivered? Capitalism is completely incapable of delivering to George Floyd all that was stolen from him. Or all that was stolen from Breonna Taylor. Or Tony McDade. Or all of the workers and poor the world over whose labor and immiseration generates the ill-gotten profits of capital. True justice is only possible once these foundations have been torn out at their root. We must tie the goal of prison abolition to a strategy that seeks to destroy the capitalist state and that, therefore, sees no contradiction between the ultimate goal of prison abolition and the demand in the conjuncture of jailing killer cops. To abolish prisons, the task at hand is nothing short of the overthrow of capitalism.