In the midst of the COVID-19 outbreak, workers from all sectors around the world have been fighting back against the capitalist conditions that have worsened the situation. Workers in Italy have gone on general strike, Amazon employees have walked off the job, nurses have protested, and Whole Foods workers have staged mass sick-outs. These actions haven’t just been limited to the general population of working-class people; there have also been actions by incarcerated workers.
Share on facebook
Share on twitter
Share on email

Prison labor is one of the most exploitative forms of labor in modern-day capitalism, and its roots can be traced back to slavery. Even though it was abolished in the U.S. in 1865 through the passage of the Thirteenth Amendment, slavery can still be “punishment for crime, whereof the party shall have been duly convicted” — according to a stipulation in the amendment. This exception established the prison as the official surrogate for slavery in the United States. In the Reconstruction Era, the convict leasing system witnessed Black people targeted and imprisoned under racist “Black Codes” and their labor sold by the State to corporations. A century later, during the Reagan Era, the prison population doubled, from 329,000 to 627,000, generating massive profits from human exploitation. This trend has continued, resulting in the racist capitalist system of the Prison Industrial Complex.

Even now this pseudo-slave labor is being utilized to respond to the COVID-19 pandemic. Workers are being forced to produce hand sanitizer that they cannot even use to protect themselves. Imprisoned workers have reported working for less than two dollars per hour; meanwhile, their labor is hyper-exploited, and their freedom is continuously and completely stripped from them. They are facing further struggle against the virus’s rapid spread within modern plantations like Rikers.

At Rikers, incarcerated people have been forced to clean cell bars and table tops with diluted bottles of shampoo. They also have been left little option but to use old alcohol pads they received from prison barbers in order to wipe down phones; and if they don’t have the luxury of old sanitizing pads, they have to resort to holding phones with socks to avoid directly touching them (though this is ineffective). The scarcity of effective cleaning supplies creates unsanitary conditions. Before the pandemic, the conditions in the prisons were inhumane and deleterious for people’s health. Now, these conditions have been allowed to deteriorate further, and incarcerated people have been abandoned and left to die.

In New York, incarcerated workers are digging mass graves for victims of a virus that they themselves are more likely to catch than most people in the world. With an infection rate of 8.24%  at the time of this writing (compared to NYC at 0.84% and Lombardy, Italy at 0.51%), New York prisons like Rikers lack the healthcare capacity to care for those who will contract COVID-19. Living conditions are cramped; in many cases there are two people per cell, and they are forced to share bunk beds; in other cases, inmates sleep in large dormitories that hold up to 40 people per room with far less than six feet between them. Social distancing is impossible in jails and prisons, and these conditions are yet another means of killing this population.

Accounts From the Inside

Aaron Deshawn Campell, a man incarcerated at a federal prison facility, described the horrifying experience of COVID-19 in a facebook livestream from a smuggled telephone: “They literally about to leave us in this bitch to die cause we got felonies and shit.” After explaining that people like him don’t have the freedom of space or movement to social distance, he showed a man laying down right beside him struggling to breathe, saying that the man was dying and he had no idea how to help. He later showed another incarcerated person dying across from him.

Campbell emphasized that three people in his unit had already died from the virus. The facility could place people at risk of infection in home confinement, which would reduce density and slow the spread, saving lives. However, Campbell argued that the prison would refuse to do that because  “they’re not gonna make no money off of us if we at home on home confinement.” The money he referred to is the profit produced from prison labor and the federal funds received by the prisons for the ‘up-keep’ of the incarcerated. Prisons are a billion-dollar industry.

A document released by The Release Aging People in Prison Campaign, which uses the testimony of incarcerated people, elaborates further on prison conditions during the pandemic. There are food shortages due to commissaries being closed, and in the cases of a few dorms, there is no hot food available. Limiting food is inhumane enough; additionally, lack of proper nutrition can lead to a weakened immune system, making incarcerated people more susceptible to infection and death.

Campbell’s desperate depiction of life on the inside is a rare window into prisons, which severely limit or completely disallow communication between the facility and the outside world. Prisons can limit communication between people and their family and friends, and information shared between lawyers and incarcerated people is often confidential. Phones like the one Campbell used are disallowed. Even communications within prison are difficult; many prisons in New York have forbidden incarcerated people from writing letters to the prison administrators, and there is fear of retaliation for reaching out to the media. Prisons have responded to crisis by increasing repression. Organizers, family, and legal supporters are finding it more and more difficult to get news from the inside. This information lockdown is another means of killing more Black and brown people.

Government officials have been reluctant to release imprisoned people or provide them with PPE; they have essentially been left to die. However, like nurses and Amazon workers, whose labor is demanded but whose lives aren’t respected, imprisoned working-class people have taken actions to empower themselves and improve their conditions.

On March 22, there was a strike on Rikers Island to protest the lack of protective gear and cleaning supplies. The action was executed by incarcerated people in two dorms, around 45 people total. They demanded the release of older (50+) people and those who are immunocompromised. They refused to attend their work details or take their meals until their demands were met. They also demanded proper personal protective equipment like gloves, and hygienic supplies such as soap and sanitizer. If their demands aren’t met, this dire situation will only worsen. People are striking not just to improve their lives, but for their immediate survival.

On April 8, the Columbia River Correctional Facility in North Portland, Oregon staged a collective action against the prison where units were without soap for days. Steven Stroud, a person incarcerated at the facility claimed that people are tired of being quarantined in solitary confinement cells and not being given masks.

When people of two units were told they couldn’t wear masks they protested: “No, you don’t get to dictate our health. We outnumber you and we’re not going to take it anymore.” They forced the guards out of the units for three hours. When asked, a spokesperson of the facility said that a shortage of cleaning supplies “will no longer be an issue.”

On April 9, there was a prison uprising at the Lansing Correctional Facility in Kansas. Twelve incarcerated people at the facility had contracted COVID-19, and this set off protests. The riot began when people were ordered to go back to their cells. 50 of those ordered refused to do so, and struggle ensued. Windows were shattered, and fires were set in a confrontation against correctional officers that continued for almost nine hours until the last person was placed in their cell.

Finally, on the same day, incarcerated people within Monroe Corrections Complex  started fires and began to riot. The cause is said to be connected to a recent outbreak of COVID-19, in which two incarcerated people were infected. Instead of meeting the needs of the people, guards met them with sting balls and water hoses. These struggles show the efficacy of a collective movement; people are fighting for their lives and for the lives of fellow incarcerated people. Even within the confines of prison, an institution meant to dominate, exploit, and enslave, resistance is more than possible. And as usual, when people take matters of health, safety, and liberation into their own hands, capitalism retaliates with violence.

The incarcerated section of the working class is rendered invisible even as their labor plays an essential (and exploited) role in responding to disaster. Communications are already severely limited, and when they enter lockdown prisons sever connections between the facility and the outside world. In response to COVID-19, federal facilities all over the nation have done exactly this. People aren’t allowed visitors, and lose access to time and space outside of their living quarters, which has a negative impact on their mental and physical health. Connecting and coordinating working class struggles inside with those outside of prison is imperative. But repressed communication alienates incarcerated workers, and isolates them from struggle.

There must be a working-class struggle that aggressively fights for decarceration and abolition. Revolutionary struggles are struggles rooted in the ending of all forms of exploitation and oppression; prison and jail encapsulate both. There is no “reforming” the carceral state, the only approach towards prison must be an approach that aims to tear it asunder. Just as there is no “reform” for slavery, there is no reform for prison. All people within any carceral facility must be freed regardless of COVID-19.

Angela Davis argues, “The prison has become a black hole into which the detritus of contemporary capitalism is deposited. Mass imprisonment generates profits as it devours social wealth…” [Are Prisons Obsolete, 15-16]. As Black people and other marginalized groups like the undocumented are targeted and incarcerated, the communities they leave behind suffer. Families worry for their parents and siblings who are incarcerated. Friends anxiously wait to see whether their incarcerated friends make it or not. Those who are thrown in cells aren’t the only ones who are punished with cruelty. The violence of the carceral state ripples and reverberates throughout all of society, and we all feel its effects to varying degrees. We owe it to each other, as members of the working class, to destroy this punitive system of racism and capitalism to liberate ourselves and our comrades in prison.

With the collective actions of withholding labor within prisons, or the staging of actions within the facilities against the violent system, the revolutionary fervor is present within the incarcerated section of the working class. The important task now is to incorporate that fervor into the greater struggle.

Finally, both unions inside and outside should call for an end to repression. All repressive aspects of society must be denounced, such as policing, incarceration itself, and surveillance. Unions need to advocate for universal healthcare, adequate housing, social security, etc. during and beyond the unprecedented crisis due to COVID-19. 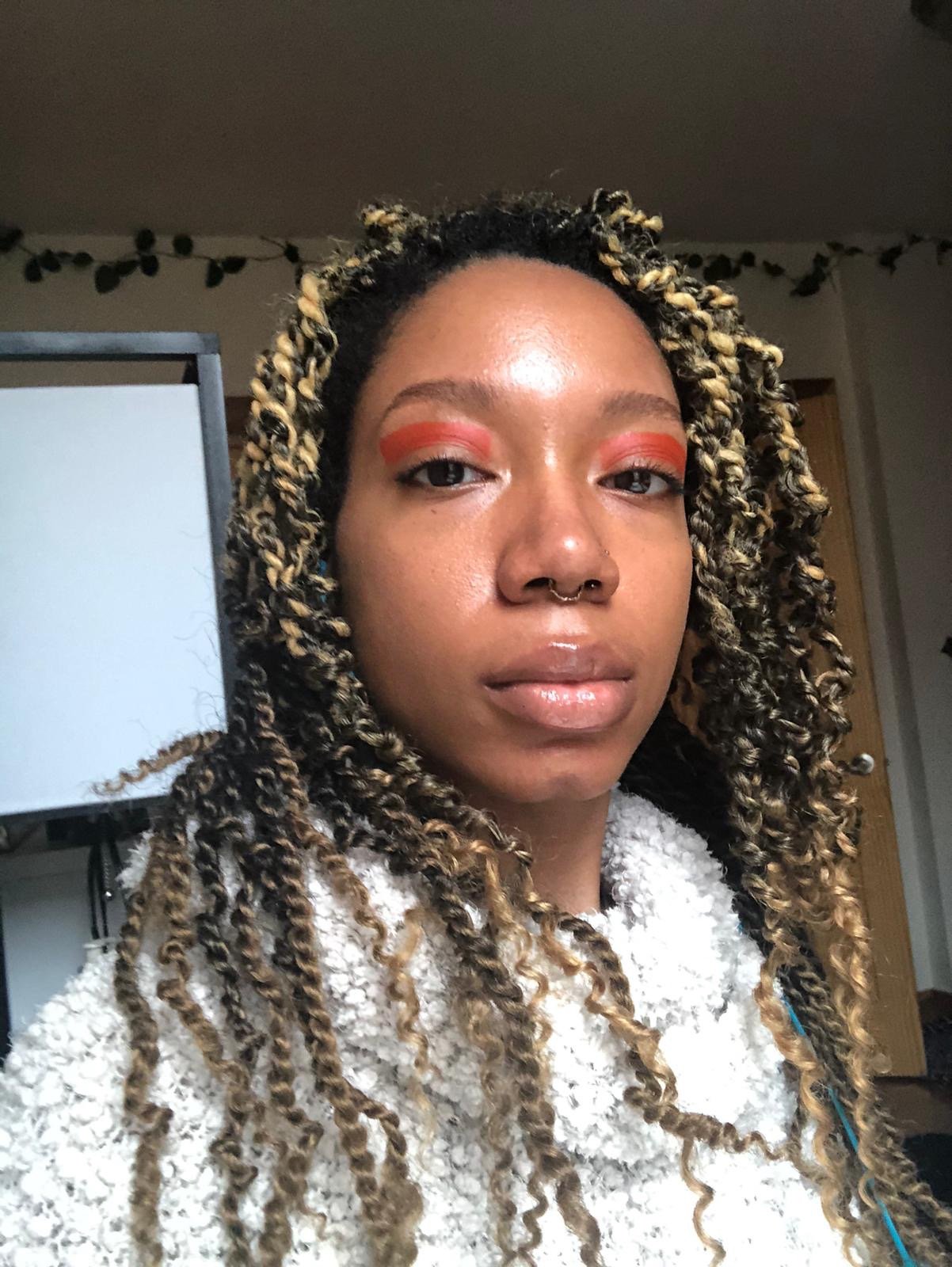 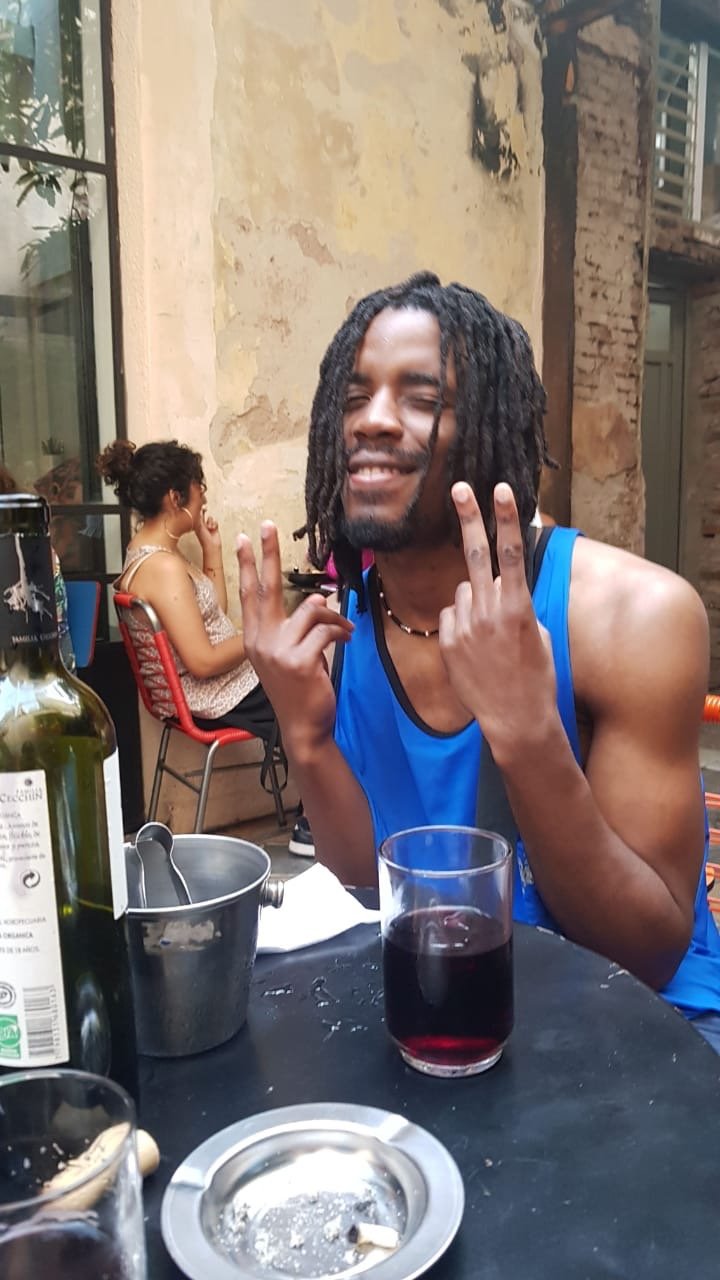