The murder of Rayshard Brooks by the cops has re-kindled protests in Atlanta, GA. 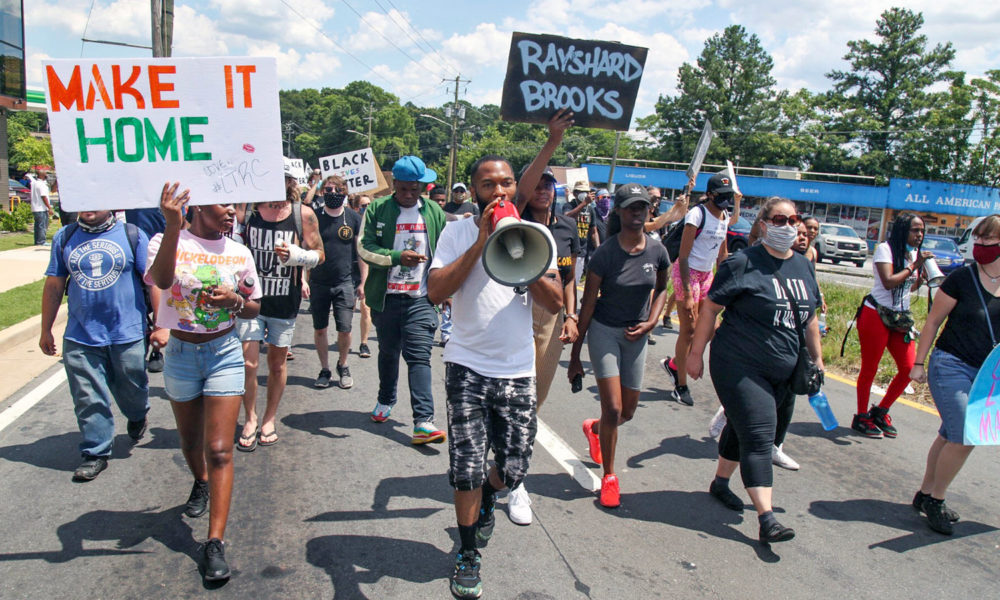 Image by Steve Schaefer, via AP

On Friday night, the Atlanta police murdered Rayshard Brooks. Amidst historic uprisings against racist police violence, he is yet another Black man killed by the police. His supposed “crime” was sleeping in his car. Video has emerged of the cops shooting Rayshard in the back as he ran away.

On Saturday night, Atlanta exploded into protests. Thousands marched in the streets throughout the day. Busses sported LED signs that read Black Lives Matter. And for the first time in two weeks, protesters were able to block a highway — all fourteen lanes of the highway.

In Atlanta, protesters have completely shut down all 14 lanes of the I-75/I-85 southbound highway.

The protesters’ rage was also expressed by burning the Wendy’s where Rayshard Brooks was murdered by the police.

The cops involved in the shooting have not been fired, much less charged with any crimes. The Atlanta Police Chief has resigned, but this has not quelled the rage in the streets.

This is yet another confirmation that the cops cannot be reformed.

Read more about the murder of Rayshard Brooks here.

The Wendys where Atlanta Police shot and killed #RayshardBrooks has been lit on fire by protesters: pic.twitter.com/8i5uiAjPHp