Last night, FTP3 converged on Grand Central Station to protest the police presence in the subways and to demand free public transit. The cops responded in full force. 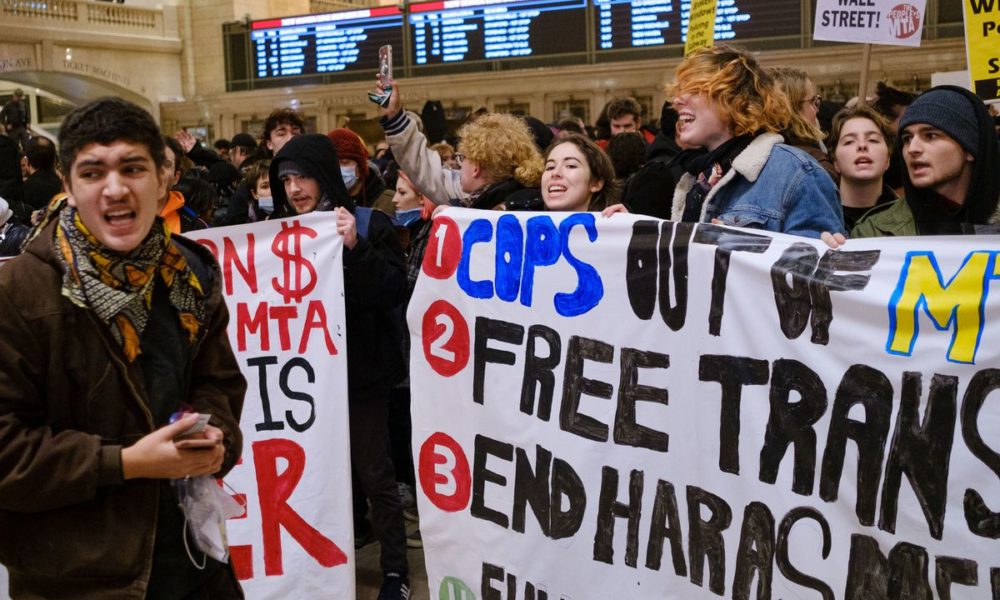 This Friday, Fuck The Police (FTP) and Decolonize This Place (DTP) called for and organized actions throughout New York City. The movement has demanded that cops get out of the subways and that public transit be available for free. This Friday was the third such mass demonstration organized. The first demonstration had a turnout of nearly a thousand protesters, while the second had thousands dispersed throughout the city. Hundreds of demonstrators showed up Friday night at Grand Central Terminal and additional protesters participated in actions throughout the city over the course of the day.

The day of action kicked off with a big banner drop at the Oculus at the World Trade Center Station. Other demonstrations included a student speak-out at City Hall against police presence in schools and the school-to-prison pipeline. Protesters also zip-tied exits open, cut turnstiles, broke and spray painted OMNY devices, and swiped through passengers to provide access to transit. The $2.75 fare, twice each day is a burden on the city’s youth, and working class and poor, already burdened by skyrocketing rent and the city’s high cost of living. The transit system is also widely inaccessible to those of differing abilities and is not in compliance with already lax ADA standards.

The NYPD has met fare evasion with the brutality that is endemic in police departments. This violence is overwhelmingly directed at black and brown people, particularly youth. One of many videos that went viral showed NYPD officers pointing guns at a 19-year old through the subway doors as he sat with his hands up. Another viral incident involved cops tasing a 16-year old. Transit officers have also targeted the homeless in the transit system as well as vendors, like the churro vendor who was detained in yet another viral video. 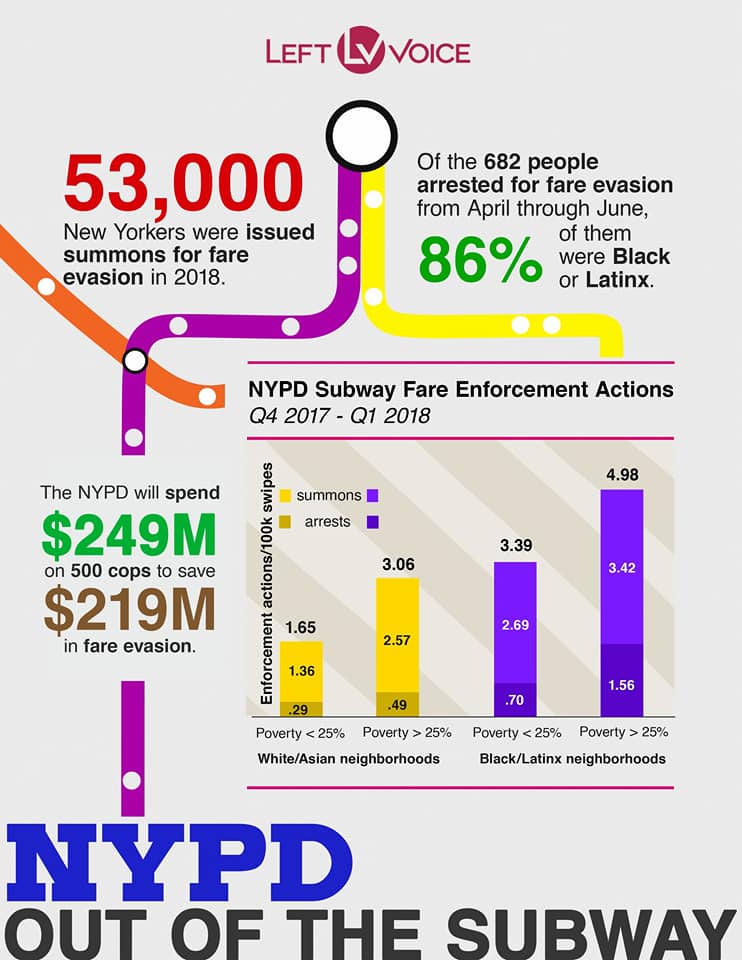 These same cops showed up last night in a show of force against the protesters. 58 demonstrators were arrested during the second FTP action in November. One videoed arrest showed officers mocking a protester during his arrest; cops joked, “If he can yell, he can breathe.” Last night’s protesters fared no better. The police threw flares during a mass turnstile jump, barricaded the subways, and tackled demonstrators to the ground in arrests. Several of the protesters were arrested in the very first moments of the Grand Central Station demonstration for wearing masks.

Currently at the Grand Central Station #FTP protest. Police immediately began arresting anyone whose face was covered with no warning. Here’s a video i took at 5:10, 10 minutes after the protest began. @decolonize_this pic.twitter.com/MPUfvfriIs

Even so, the police presence and repression left the protesters undeterred. Moving from Grand Central station into Times Square, demonstrators carried signs demanding “cops out of the subways,” and “evade,” and declaring that “the real fare beaters are on Wall Street” and “Black Lives Matter.” The protesters participated in mass fare evasion as they moved to Restoration Plaza in Bed-Stuy where they intermittently took the streets.

Last night, there was a show of militancy. It echoed the youth movements in Chile that brought the masses to the streets. The movements in Chile and the strikes and protests continuing in France provide an example: to extend the anger and determination expressed, the social movement must join with the workers to fight for their demands together. The MTA strike in 2005 showed the enormous potential of workers power. If the militancy of this growing social movement is able to combine with the power of the MTA workers, free public transit will be only the beginning.