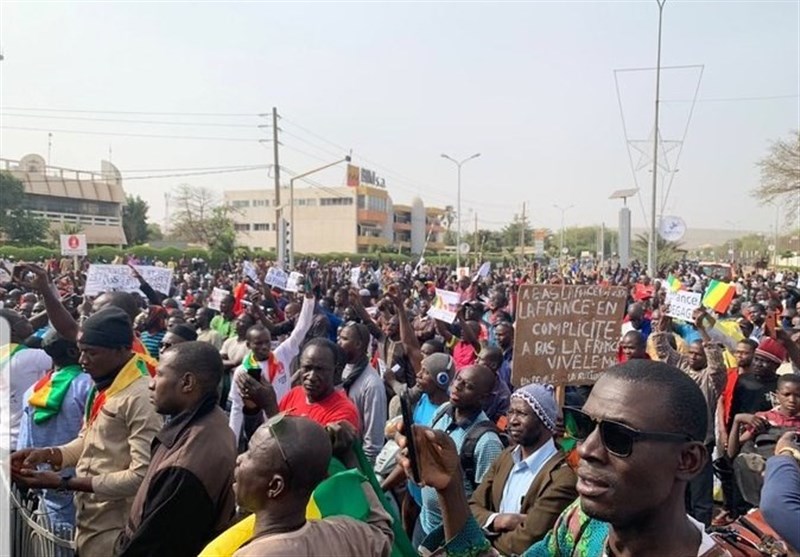 Anti-imperialist sentiment has erupted in Mali once again as more than a thousand people demonstrated in Bamako on January 13 to demand the withdrawal of French troops, who have occupied Mali since 2013. Burning French flags and chanting “France out,” protesters are demanding an end to the carnage produced by France’s occupation, which the government justifies by appealing to the global war against “terrorist” networks that threaten to conquer Mali; however, these protests follow a long history of French colonial and neocolonial interference in the region.

French President Emmanuel Macron’s promise to increase France’s military presence in the Sahel region of Africa, which has suffered a wave of brutal attacks in recent years, represented an abrupt shift from his December threat to withdraw troops in the light of anti-French protests in Mali. On January 13, the government announced that it would send 250 troops to West Africa to augment the 4500 French soldiers already stationed there. France’s presence in Mali represents the largest concentration of troops of any imperialist power in the region.

The announcement came after the leaders of Mali, Niger, Chad, Burkina Faso, and Mauritania (the “G5 of the Sahel”) met with their French counterparts in southwest France, where they agreed to build a shared military command structure with European powers at its head. Meanwhile, the United States is considering reducing its own presence in the region according  to comments on January 13 by General Mark Milley, chairman of the Joint Chiefs of Staff.

France has maintained a semi-colonial relationship to much of West Africa for hundreds of years. It is not a coincidence that these five countries are the poorest in Africa, which in itself is the poorest continent in the world.

At the time, Mali was in turmoil as a result of the Tuareg rebellion in the north, which demanded independence for the region of Azawad. The Tuareg are an ancient tribe of the Sahel who have struggled to gain independence since at least 1916. As a result of the crisis, Mali’s military ousted then-President Amadou Toumani Touré and suspended the Malian constitution for two months. Subsequently, jihadist groups took advantage of the weakening of the Tuareg military groups to expand their influence in the region, and France intervened to protect its interests.

The Sahel region, which includes Chad, Mali, Mauritania, Niger, Burkina Faso, and part of Algeria, is strategic for the control of uranium exploitation for the nuclear industry. Today, that region is beset by “terrorist” groups such as Boko Haram, affiliates of the Islamic State, and other Al Qaeda affiliates, in addition to drug traffickers and extensive human trafficking networks.

Mali, like so many other African countries, has contained since its inception several territorial and ethnic tensions characteristic of a state whose borders obey imperialist interests more than historical or geographical divisions. Mali’s borders in their current configuration were part of French Sudan until Mali’s independence in 1960 and encompass eight regions with many different ethnic and religious groups.

In order for France and other powers to ensure control in the region even after independence, it was necessary to overcome the rivalries between the different tribes and ethnic groups such as the Barama (who have governed Bamako since 1960), Tuaregs, Dogons, and Fulani, among others. The French occupation forces have inserted themselves among these groups with German support.

Today in Mali, anger is increasing against the French occupation, which was established after the NATO war in Libya, in which Paris destroyed the government of Moammar Gaddafi with the help of the jihadist militias. France continues to play both sides of the conflict to defend its interests, invading Mali in 2013 under the pretenses of protecting the Malians from jihadist militias. Wars in Syria, Iraq, and Libya have gradually displaced jihadists, concentrating their presence in the Sahel region. This leaves people trapped between imperialism and groups like Boko Haram.

The protests on January 16 in Bamako follow a series of strikes and demonstrations against France and Malian President Ibrahim Boubacar Keïta that have escalated since 2018. In March 2019, railway workers and teachers staged strikes and walkouts against both Macron and Keïta to protest the government’s claims that it cannot pay their salaries even though it has inexhaustible resources to fund an unending war in the region. Protests against the French occupation broke out again on January 3 near Bandiagara in the center of Mali.

Macron and Keïta insist that these demonstrations are led by small groups of provocateurs working with Al Qaeda and the Islamic State militias and that the majority of people feel a “sense of gratitude” for the French occupation; however, according to a survey conducted by Maliweb, 80% of Malians reject French presence in the country.

Imperialism cannot solve the problem of “terrorism,” nor is it in its interest to do so — in recent history, since the invasion of Afghanistan in 2001, imperialist countries from France to the United States have wielded the fight against extremist groups as an excuse to take control of strategic regions without combatting the violent atrocities committed by both terrorist militias and “official” military forces.

One protester at the January 13 demonstration pointed out the complicity between Paris and the active Islamist or ethnic militias in Mali: “Despite the massive presence of the world’s largest armies, terrorist groups continue to operate and are even becoming stronger. Therefore, we must be careful with these nighttime arsonists that suddenly become firefighters at dawn. These foreign powers use terrorism to control the vast wealth of the region.”

France’s military presence in Mali is closely linked to the interests of French atomic energy companies and mining companies. France also aims to maintain collaborative relationships with the Sahel governments in order to preserve agreements to violently curb the flow of migration from Africa to Europe. At a time when workers are holding general strikes in France and the Hirak movement in Algeria challenges the government, it is necessary to link the fight against the pension reform with the fight against French military occupation in Africa in order to challenge the imperialist state that enforces exploitation across the world. The same regime that attacks workers’ hard-won pension benefits in France is the same regime that has turned Mali into a militarized zone entangled in imperialist conflict.