On Saturday night, a fire was started at the office of the police union in Portland. Cop “unions” exist to defend murderers in uniform. This is accountability. 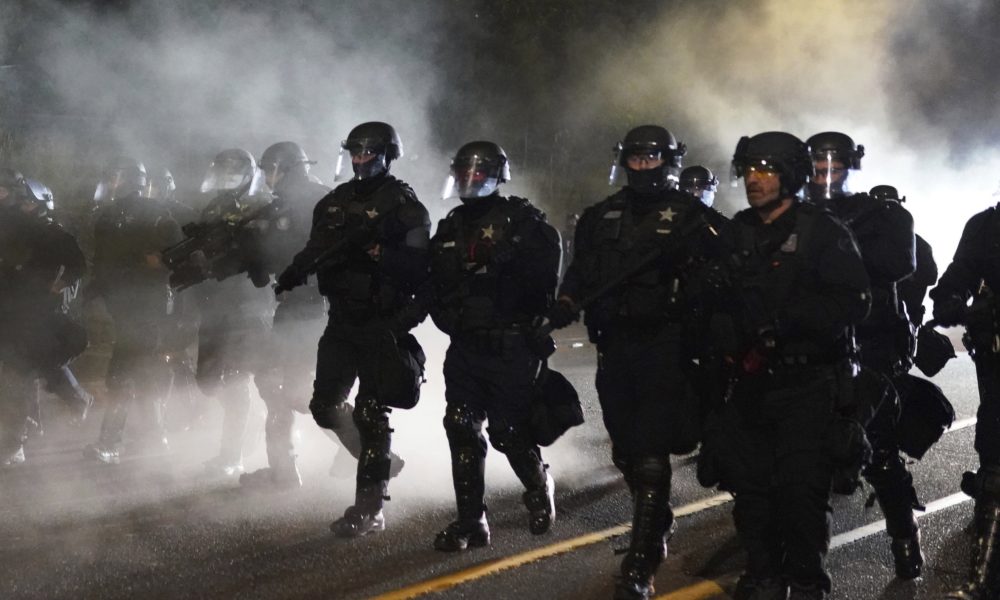 On Saturday night, a group of protestors set fire to the Portland police union building, following hours of protests. Police responded to property damage with violence, declaring the protest a riot, firing “less-lethal” munitions and chemical agents into the crowd, and arresting an unknown number of people.

This comes on the heels of a report released by the Portland police department showing that officers used force against 45 out of every 1,000 Black people they arrested, compared to 31 out of every 1,000 white people. Considering that Black people make up only 6% of Portland’s population, this disparity is yet another example of why people continue to take the streets even after two months of actions.

Portland previously became the site of increased national attention after President Trump deployed federal officers from the U.S. Marshals Special Operations Group and the Customs and Border Patrol to the city in July. Protestors and community members reported being detained in unmarked vans by officers who refused to identify themselves, as well as experiencing other forms of physical violence, like being shot with projectiles. After mass demonstrations and the threat of lawsuits, federal forces were recalled. But that does not mean that people in the community are now safer; whether it comes from federal officers under orders from a Republican President, or local police sanctioned by Democratic Mayor Ted Wheeler, state violence is continuing.

The targeting of the Portland Police Association raises questions about the role of police unions and the disservice they do to the public. Unlike working-class people, police exist to protect property. They are part of the anti-Black, anti-worker capitalist state. And their unions “negotiate contracts to ensure that their members have immunity from repercussions for brutality and other injustices.” This is why people all over the country have demanded to get cops out of our unions — cops aren’t workers, and they have no place in the labor movement.

The attack on the police union office is not just the work of a few “outside agitators” or white protestors; it exemplifies the pain and rage that many people are feeling as time passes and few major changes, like defunding and abolishing the police, have materialized. The fire at the police union shows that this  movement is still committed to defending Black Lives, and to fighting the institutions that repress and oppress Black people.