Protests erupted in Atlanta, Georgia on Friday evening over the murder of George Floyd by Minnesota cop Derek Chauvin. Demonstrators were met with police repression and were reprimanded by the mayor and rappers Killer Mike and T.I. who urged them to “stay home.” 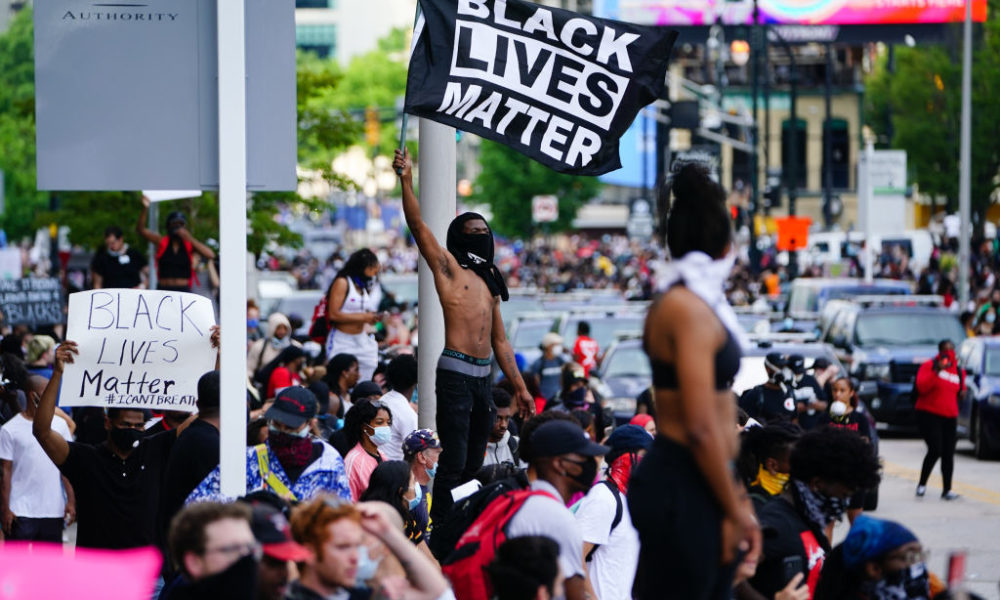 On Friday evening, protests erupted in Atlanta over the murder of George Floyd by Minnesota cop Derek Chauvin. It became one of the many cities across the US where demonstrations were met by police brutality. Atlanta, hometown of Rev. Martin Luther King, Jr., is known as the “Black Mecca” due to its important role in Black culture and history. Despite its Mecca-status and its reputation for economic opportunities for African Americans, Friday’s events demonstrate that racism and state violence is alive and well in Atlanta.

The demonstrations began at the Centennial Olympic Park where, in the late afternoon, protesters gathered to march to the Capitol and back. After a rally, both the demonstration and police presence escalated. Protesters went to the CNN headquarters, broke glass at the building facade, and climbed the sign while waving a Black Lives Matter flag.

Protests continued in the Centennial Olympic Park area throughout the evening, into the early hours of Saturday. Demonstrators set fires and smashed the windows of stores and attractions like the College Football Hall of Fame. Protesters were met with police repression including tear gas, and after midnight Governor Brian Kemp declared a state of emergency. The governor also requested the deployment of up to 1,5000 National Guard members, in line with tactics also deployed by the governor of Minnesota to violently repress demonstrations in Minneapolis.

After 9:00 p.m., Atlanta Mayor Keisha Lance Bottoms appeared at a televised press conference to ask demonstrators to “go home,” claiming that they were “disgracing” Atlanta and that “this is not how we change America.” The mayor appeared with Atlanta rappers T.I. and Killer Mike who likewise tried to quell the protests.

Killer Mike received praise from white liberals in particular for his tearful speech criticizing the protesters and lamenting the destruction of property. The rapper started by enumerating  his family’s many ties to the police and thanking the Atlanta city police chief, emphasizing that he has “a lot of love and respect” for police officers.

He then pleaded, “it is not your duty to burn your own house down,” and admonished the protesters for not staying home to “plot, plan, strategize, organize, and mobilize.” Elaborating on which concrete actions he was proposing, he said, “It’s time to beat prosecutors at the voting booth,” and hold politicians accountable through electoral politics. According to Killer Mike, the two most effective ways to “burn the system to the ground” are by filling out the census and voting in local elections. He neglected the fact that the Democratic Party holds all major public offices in Minnesota where George Floyd was murdered: the governor, the mayor of Minneapolis, and both senators are Democrats.

The irony of the shirt that Killer Mike wore during the press conference, which read “Kill Your Masters,” was clearly lost on him. He, Mayor Bottoms, and other bourgeois politicians and celebrities want to change racist, violent systems by literally staying at home. This is simply not enough. We must abolish the police and the racist National Guard that has protected the murderous cops and continue to terrorize Black communities. We must stand with the protesters against violent capitalist oppression.