Protests, General Strike and A President Who Refuses to Step Down: Crisis in Haiti

Once again, there are protests and strikes against Haitian President Jovenel Moïse, who is refusing to step down from the Presidency. 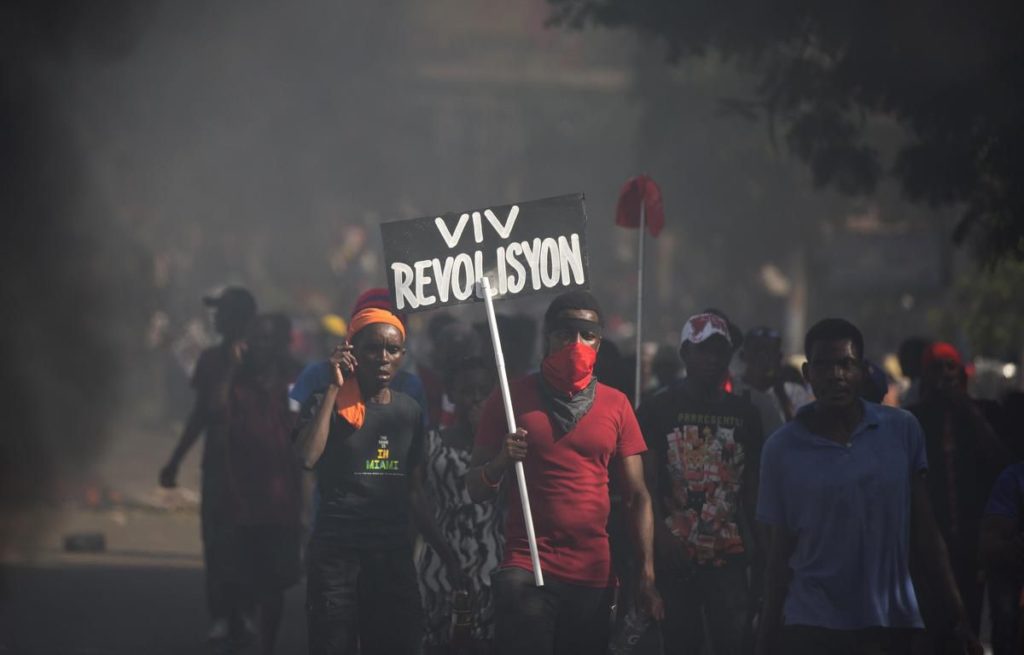 Haiti is experiencing huge political turmoil amid protests and mobilizations against the hated President Jovenel Moïse. The crisis has intensified since January in response to the Haitian state violently repressing the mobilizations.

On February 1 and 2, the unions and the Haitian political opposition called for a general strike, which was widely observed in the major cities. The government quickly responded by militarizing the streets of the capital, Port-au-Prince, and other cities throughout the Caribbean nation. Three people in Cap-Haïtien, the country’s second-largest city, were killed in the police repression to the general strike.

According to an article in the Haitian Constitution, Presidential terms are five years. Thus, Moïse is supposed to step down on February 7, when his mandate expires.  Instead, he is arguing that, based on his own interpretation of the Constitution, he still has one year of government left.

Hatred for this president runs deep. Moise has been the target of protests almost since the beginning of his administration due to corrupt and neoliberal policies he enacted that resulted in hunger and misery for the Haitian people.

Haiti is a long standing victim of imperialism and the policies of the International Monetary Fund. After enslaved people heroically rose up to overthrow slavery and French rule, European colonies — especially France — set out to make Haiti pay. And now the United States maintains imperialist policies, massive foreign debt, and supports coups that maintain poverty and instability in Haiti.

For now, Moïse remains in power, due in part to the policies of the Haitian opposition parties. For more than three years, they have been saving Moïse’s skin by attempting to negotiate a peaceful political transition in the halls of power. Meanwhile, the people protest in the streets and demand that he resign.

Haiti’s opposition parties have been negotiating every step of the way. On Monday, they proclaimed a provisional president without consulting anyone, least of all the people in the streets. Just as they called the general strike without consulting the workers, they lifted it bureaucratically to prevent the situation from getting out of hand and the mobilization from slipping out of their control.

Demonstrations against the Moïse government date back to November 2018, when the Haitian people forced the resignation of several ministers. After an impasse, protests resumed in September 2019 against fuel shortages that caused power outages, problems with public transportation, and price increases in basic products and services. The demonstrations were brutally repressed, leaving more than 40 dead and hundreds injured.

During these mobilizations, the opposition sat down with the government to force the establishment of a transitional government, but they did not manage to advance one. This gave some reprieve to Moïse, who has been supported by the United States throughout his Presidency.

Throughout his term, Moïse has become increasingly authoritarian. Pointing to the “danger” of protests, Moïse’s government postponed legislative elections scheduled for 2019 and closed the Parliament, a measure that isolated him politically. Since then, the president has governed by decree, causing great discontent in a population suffering daily from poverty and the violence of criminal gangs, many of which are linked to the government itself.

Moïse is part of a right-wing party that came to power in an election that has been widely denounced for fraud. Yet, Moïse held on to the reigns of power with the support of the international community and the bourgeoisie. He and his allies are accused of embezzling state funds, kidnapping, and looting.

Amid the crisis, the military announced that it will remain loyal to Moïse, who refounded the armed forces in 2017, two decades after they were dissolved by then-president Jean-Bertrand Aristide. “The Armed Forces of Haiti reaffirm their determination to respect the Constitution and the legitimate authorities, democratically elected by the population,” said a communiqué signed by the commander in chief, Lieutenant General Jodel Lesage.

Since the mandate was due to expire on February 7, several Haitian opposition parties and organizations named Judge Joseph Mécène Jean-Louis “president of the transition” on Monday. Jean-Louis, a 72-year-old magistrate and a member of the Court of Cassation since 2011, recorded a video in which he said he accepts “the choice of the opposition and civil society to be able to serve the country.” Placing a member on the Court of Cassation, the country’s highest court,  has been a policy that the opposition has been using since the 2019 crisis.

The “appointment” of Jean-Louis came a day after Moïse argued that a judge from the Court of Cassation organized a plot to stage a coup d’état. That same Monday, Moïse issued a decree  retiring three opposition judges, among them Jean-Louis, at the same time, the Minister of Justice, Rockefeller Vincent, declared that the government would immediately arrest the president designated by the opposition.

The decree removes Jean-Louis; Judge Ivickel Dabrésil, arrested over the weekend on charges of preparing a coup; and magistrate Wendelle Coq Thelot, who is also an oppositionist, from their functions in the Court of Cassation, the country’s highest court. The order given by Moïse runs counter to article 177 of the Constitution, which establishes that Court of Cassation judges are “irremovable” and thus cannot be dismissed unless they are criminally charged, or permanently mentally or physically incapacitated. But Moïse is seeking to create a court entirely in line with his government.

Public support for Moise continues to deteriorate. However, he received backing by Joe Biden’s government last Friday, which strengthened his claim that his mandate would last until 2022. But support came not only from the United States but also from other imperialist powers, including Canada and the European Union, as well as Brazil and other nations.

The people who have been mobilizing against Moïse’s policies since 2018 have shown enormous distrust of opposition political leaders. They have questioned many of them for corruption and their links to sectors of the bourgeoisie. If it were not for the policies of the opposition itself, Moise would have been removed from office during the great mobilizations against hunger and misery that have shaken the country.

These sectors of the opposition belong to the political establishment. They have been part of negotiations and have used the mobilization of the masses for their own interests. Neither the Moïse government nor the opposition parties offer a real alternative for the Haitian people.

They propose a solution that does not break with Haiti’s historical subordination to the United States and the IMF, which has been destroying the country. This subordination would maintain the system of corruption that the masses repudiate in the streets, as well as the country’s existing system of misery and extreme poverty.

First published in Spanish on February 9 in La Izquierda Diaro.