It is with a heavy heart that we share the passing of our comrade Miguel Lago, a cofounder of Argentina’s Party of Socialist Workers (PTS). Miguel was a worker-militant and leader at the Río Santiago shipyard during its decades of fierce labor struggles. 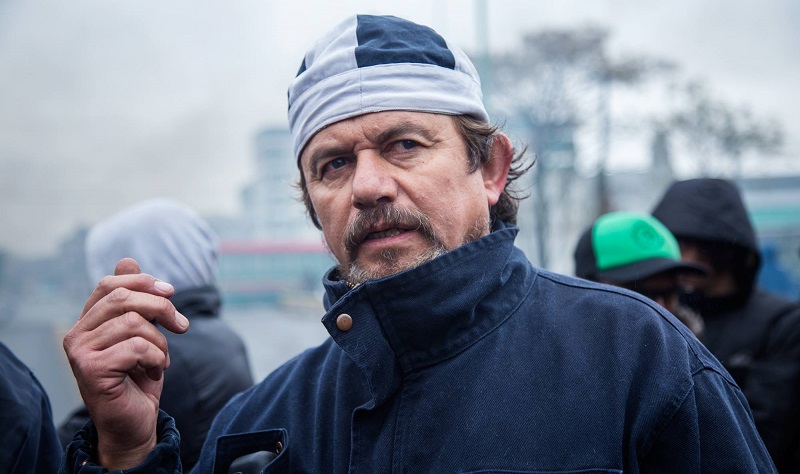 With deep regret we announce that our comrade Miguel Lago has passed away at the age of 61 after battling a longtime illness.

Miguel began his involvement in the workers’ movement at a very young age. He joined the Movement toward Socialism (MAS) and later was a cofounder of the Party of Socialist Workers (PTS). He played a key role in organizing the workers of the state-owned Río Santiago shipyard in Buenos Aires Province. Río Santiago workers represented one of the most combative of Argentina’s working class historically, leading struggles even during the years of brutal dictatorship in the 1970s.

He had recently retired from his job, but before doing so, he took part in one of the last major fights against the attempt to shutter and scrap the plant by former governor María Eugenia Vidal and former president Mauricio Macri.

Miguel was known as one of the shipyard’s historic leaders and as part of a generation of fighters that resisted and defeated the attempts to privatize the plant in the 1990s. Thanks to a long and determined fight by its workers, Río Santiago was the only state enterprise that President Carlos Menem was unable to privatize in those years. “Laguito,” as Miguel was known to his comrades, was also one of the 13 shop stewards who were fired, since dismantling workers’ organizations was considered a necessary step in privatizing the plant. He was later reinstated as part of the workers’ victory.

He was a leader among the welders, a particularly combative and vanguard section of the workers that fought the betrayals of the union bureaucracy.

Miguel always stood out for his enthusiasm in transmitting lessons, conclusions, and passion to his fellow shipyard workers, the youth, and all the workers in struggle throughout the country. In each assembly and strike action, he sought to make workers and students aware of the necessary tasks to free humanity from exploitation and oppression. For that reason his contributions did not end at the doors of the shipyard.

We send our solidarity to his family, who always supported Miguel’s struggles, his daughter Vicky, another member of our party, his partner and comrade Corina, and his youngest daughter, Fiama.

First published in Spanish on January 7 in La Izquierda Diario.