An invitation to revolutionary presidential candidate Anasse Kazib to speak at France’s most prestigious university tonight has provoked an extreme right-wing group to unleash a new series of racist, xenophobic attacks against the railway worker of Moroccan descent. 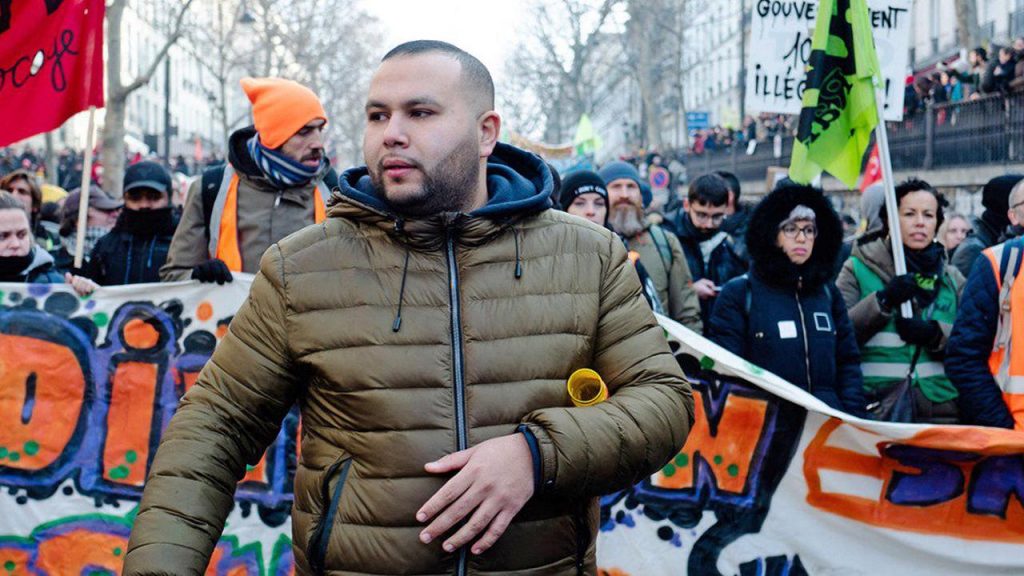 The Sorbonne, founded in 1150, is France’s most famous university. To many French people, it is a symbol of France’s tremendous intellectual contributions to the world. And now, to the racists of the country’s ultra-nationalist far Right, it has become a battleground in their xenophobic fight against the working class and people of color.

Tonight, Anasse Kazib — the revolutionary Trotskyist railroad worker and candidate for the French presidency — will address a meeting in one of the Sorbonne auditoriums. In the runup to the assembly, the simple fact of his presence has sparked a racist right-wing backlash with threats of violence. Kazib, born in France, is of Moroccan descent, and has built his campaign around defense of the interests of the French working class and France’s large immigrant community, which confronts daily attacks and discrimination. He stands for justice for Adama Traoré and all the Black and Brown victims of French police violence and murder. He stands on the side of workers, the youth, the LGTBQ+ community, and all the oppressed throughout the country.

At the forefront of these latest attacks against Kazib — there have been many others before this, as Left Voice has reported — is the group Natifs (Natives), which is the new name of a far Right group known as Génération identitaire (Identitarian Generation) that was so brazen in its anti-immigrant militancy and religious hatred that the Macron government, when it began to morph into a militia formation, forced it to dissolve in March 2021. The French government prefers not to share the work of its repressive forces — what Lenin called the “special bodies of armed men” — with an irregular militia it cannot control.

But the newly reconstituted group could not sit still. The thought of a candidate like Kazib, of immigrant stock, with a program advocating a government of workers and poor people, speaking at the venerable Sorbonne set its hair on fire. Natifs has set off a new round of racist, Islamophobic attacks against Kazib, Révolution Permanente (our sister publication in France), and supporters of his run for the presidency.

The posters Natifs has plastered around the Latin Quarter of Paris, where the Sorbonne is located, show Kazib’s picture and read: “0% French, 100% ‘woke,’ 100% Islamist.”

In France, the government has spent several years building an increasingly repressive security apparatus, and passing new laws, aimed at the immigrant community in the name of “anti-separatism” and fighting “Islamists.” These posters are not just aimed at pressuring the university to cancel Kazib’s talk. They are an invitation to violence.

Just last night, the spokesperson for Natifs issued a video on Twitter calling again for the meeting to be canceled and inviting a large mob to gather to shut it down.

Poing Levé, the organization that invited Kazib to the Sorbonne, issued a statement condemning the far Right’s attempts at intimidation. It noted how the daily newspaper Le Figaro had “launched the cabal by opening its columns” to a “racist portrayal of the railway worker as the ‘anti-France’ candidate.” It pointed to “groups of thugs claiming to be Natives … in front of the Sorbonne: the far right in Paris is out.”

Kazib’s own posters announcing tonight’s meeting have a very different message: “Do you want a university that charges fees and that excludes precarious and undocumented foreign students?”

The anti-Kazib posters have backfired. The racist campaign by these far Right thugs generated a tremendous show of solidarity with Kazib, first at the Sorbonne itself among students and teachers. It spread quickly throughout the country, with the defense of the basic democratic right of Kazib to be heard — which came from political and public figures as well as everyday people — helping propel the hashtag #AnasseSorbonne to second place among the top-trending topics across the country on Twitter. The French Left was largely united in defending Kazib’s right to speak.

As the Poing Levé communication stated, the entire French bourgeoisie is promising a post-2022 of growing attacks on the working class and poor and and greater “security” repression. “In the context of deep polarization on the right … the presence of Anasse, a worker with an immigrant background, is a necessity.”

In response to the video by Natifs inviting racists to shut down the meeting by force, Kazib tweeted a video calling for a massive showing in defense of democratic rights. “The far Right will not decide which candidate has the right to speak!” he insisted.