After the success of the rally to launch Anasse Kazib’s revolutionary presidential campaign in France, the extreme Right has been busy pouring out its hatred. Trending on Twitter is a call for the candidate’s “remigration” — meaning, of course, deportation from France. A counter-campaign has been launched to win the widest support for Kazib against these attacks. 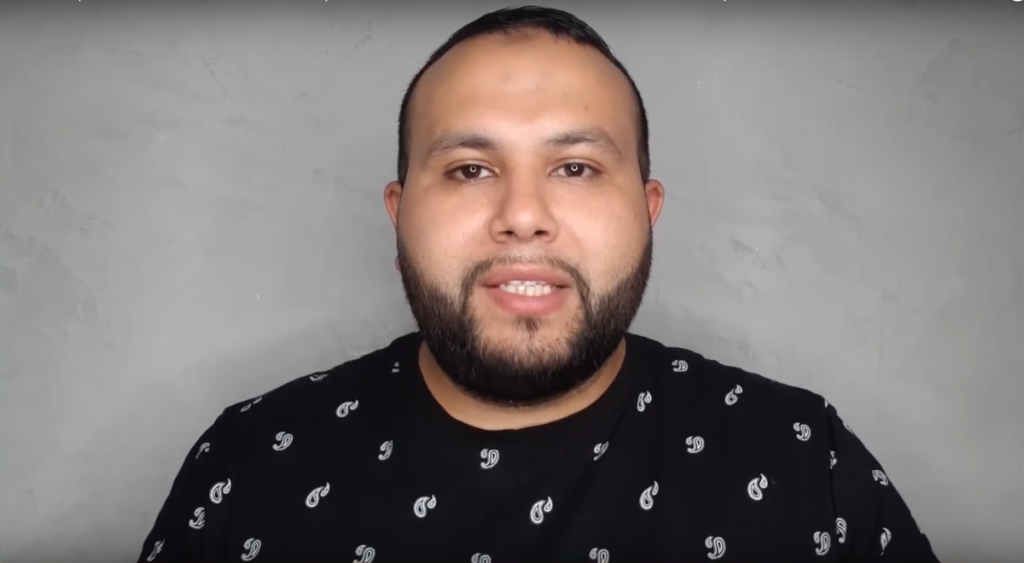 As usual, the fascists on Twitter are getting restless and initiating new campaigns against a well-known militant. On July 21, they succeeded in elevating the hashtag #AnasseKazibRemigration to be the number-two trend on Twitter in France, with more than 2,000 tweets in less than two hours. And why are they on this offensive? It’s all about the campaign launch rally for revolutionary presidential candidate Anasse Kazib, which on Wednesday evening in Paris brought together more than 450 people from different sectors of the vanguard in the fight against the government and the far Right.

It’s a few dozen users retweeting each other, spitting out their hatred until they’re apoplectic — provoked by a show of strength by a candidate from the working-class neighborhoods and the labor movement, a candidate of the youth and the LGBT movements. It was a tweet from the candidate himself that seems to have caught the attention of the fachosphere,1Translator’s note: The term fachosphere is a recent neologism in France, composed of “facho” (an abbreviation of “fascist” and “sphere” (to indicate the online world and social media), that is used to describe the far Right’s political parties and the fascist movement in the country and its use of social media to promulgate its ideas, including conspiracy theories. It is similar to the increasingly common phrase “right-wing fever swamp” in the United States. showing a packed house for the rally. In particular, it was the absence of French flags — a point noted by the far-right website FdeSouche — that really pissed them off.

A multitude of hateful, racist montages have been posted with the hashtag #AnasseKazibRemigration. A host of reactionary figures have chimed in, including Brun Attal, national secretary of the French police union, who also attacked Assa Traoré — the sister of Adama Traoré, murdered by police. She also spoke at the Anasse Kazib campaign rally. For Attal, it is the umpteenth racist outing for a man who didn’t hesitate to guilt and attack — on live TV — a victim of rape at the hands of cops at the 19th district station in Paris.

In his campaign launch rally, Anasse Kazib denounced the silence of the media over these sorts of attacks. The far-right polemicist Eric Zemmour’s hatred is carried daily by the press and put forth by pollsters. Now his supporters are coming after the far-left candidate.

In the face of this outpouring of stinking hatred, the activists of Révolution Permanente have initiated the hashtag #SoutienAnasse (#SupportAnasse) to respond to the fachosphere, which regularly attacks the candidate — including with death threats and other prominent anti-racist figures, Assa Traoré being among the favorite targets. Those who have already tweeted their support for Anasse include Thomas Portes, former spokesman for the presidential campaign of Sandrine Rousseau of Europe Ecology – The Greens; David Guiraud, youth spokesperson for the La France Insoumise party; and Franco-Algerian journalist–activist Taha Bouhafs, who retweeted Anasse’s initial post about the attacks and replied, “I support you, my brother.”

Originally published in French on July 21 in Révolution Permanente.