Rainbow Rising: A Call for Queer Anti-Capitalist Submissions During Pride

We invite you to submit articles to Left Voice during Pride Month and contribute to the conversation around the need for socialism and queer liberation. Email us at [email protected] 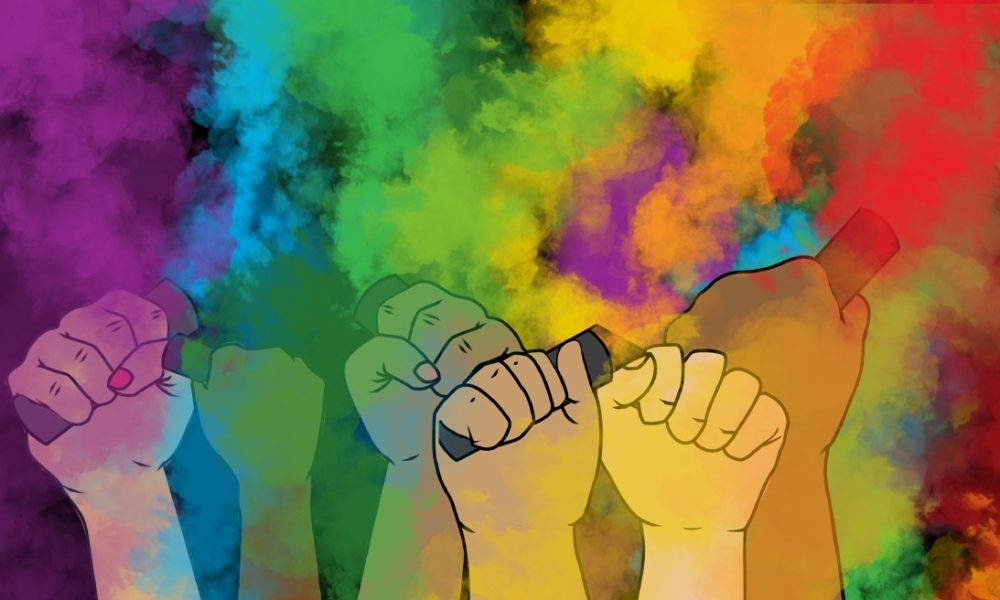 It’s dire times. Unemployment is at Great Depression levels and still growing. Against all medical advice, states are re-opening, demanding effectively that the working class die for Wall Street’s bottom line. And there is an increasing mental health crisis as we are forced to remain in isolation.

The virus and the economic crisis aren’t equal opportunity. While the wealthy hide away in their mansions and beach houses, the virus is exacerbating existing inequalities, which is especially true for queer folks — especially queer folks of color. Queer communities already had higher unemployment, more uninsured people, higher rates of homelessness, and suicide rates than straight folks. For the most oppressed among us, trans folks and queer people of color, these numbers were already alarming. We don’t have the numbers yet, but we have reason to believe that the pandemic is brutal to our community.

But this isn’t the queer community’s first pandemic. And it isn’t the first time the government and the corporations have ignored a pandemic and allowed the most oppressed among us to die. The AIDS crisis decimated the gay and trans community, and the government wouldn’t even name the crisis. When there was too much pressure to name it, expensive medications were made, and now HIV/AIDs is a source of profit for big pharmaceutical companies.

That’s why we have to be anti-capitalist queers: big pharma and big corporations who profit from our and our straight co-workers’ exploitation have no place in our liberation. And although Pete Buttigieg’s electoral run may express some level of acceptance of white, wealthy, gay men, it doesn’t mean much for queer working-class folks who are still oppressed and exploited. Last year’s Reclaim Pride march that brought together over 10,000 people had this powerful message.

This year, we won’t be able to be in the streets. Yet, an anti-capitalist queer message is more essential than ever before. People are dying in a pandemic, capitalism is responsible, and imperialist, corporate gay men like Buttigieg will not fix it.

Queer folks have a rich history of organizing and action: from Stonewall to the protests against pharmaceutical companies and the government during the HIV/AIDs crisis. Across decades and generations, our community has shown a willingness to fight. That fight is needed now, as the twin crisis of coronavirus and economic devastation are ravaging the working class worldwide.

This month, we want to highlight the crisis that queer people are facing amidst the pandemic, the rich history of resistance in our community, and the need for a socialist solution that unites the working class and oppressed to fight back against the capitalist class. We invite you to write articles for Left Voice for Pride Month and contribute to the conversation around the need for queer liberation. Email us at [email protected].