Los Angeles LGBT community rises!The usual pride parade is replaced with a protest. What are the limits and possibilities of this movement? 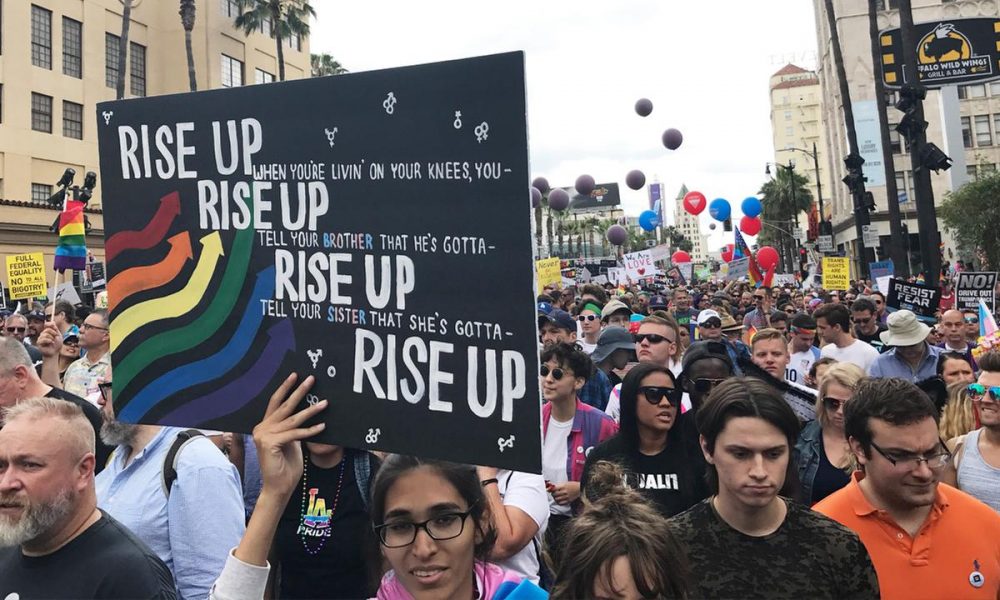 On Sunday June 11, the streets were teeming with rainbows as packed crowds chanted, sang, and screamed “Resist” while maneuvering from Sunset Blvd to West Hollywood. Different from years past, the iconic Pride parade that turns out thousands annually, transitioned into a politically-charged march of resistance, with speakers denouncing Trump, bigotry, transphobia and heterosexism.

The march route traced the same path taken at L.A.’s first Pride march, remembered as the uprising of for LGBT rights against the daily terror executed by bigots and the notorious LAPD. 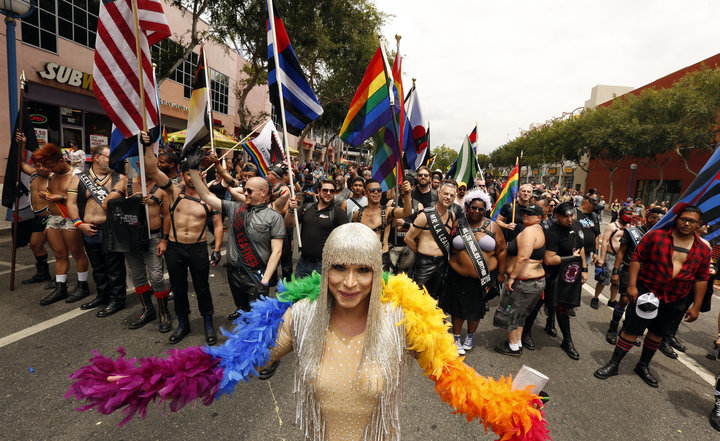 This year, however, L.A. Pride was a permitted march and LAPD did not attack the protesters. In fact, , Democratic Mayor Eric Garcetti recalled and denounced police brutality in the past in a speech in which he also called for support of Muslim, Black trans, immigrant and LGBTQ people against bigotry and against Trump. In addition, to Garcetti, the march was well-attended by L.A. City Councilmembers alongside the who’s who of the Democratic Party establishment with appearances by Maxine Waters (D-CA) and Nancy Pelosi (D-CA) and LGBT celebrity icon RuPaul. While these high-profile guests were widely praised for their attendance, their presence at a march with the theme of Resistance begs the question…are we truly one big happy err gay family?

Let’s consider how LGBTQ people will actually be protected once the Pride spotlight subsides. Garcetti shared a hypothetical story of a Black lesbian homeless teen. But what about his continuing to allow LGBT people to be priced out of their homes? LGBT homeless people especially senior citizens are being thrown onto the street daily and he is busy working with developers who have carte blanche even with the flimsy rent control laws.

Trump is a hateful, capitalist bigot. But he didn’t invent homelessness. Garcetti still works with housing “developers” who are the head of gentrification. Although Garcetti denounced the brutal LAPD of the past he thanked the murderous LAPD of the present. Although he condemned the massive deportations, he has done nothing to stop them even in Los Angeles. 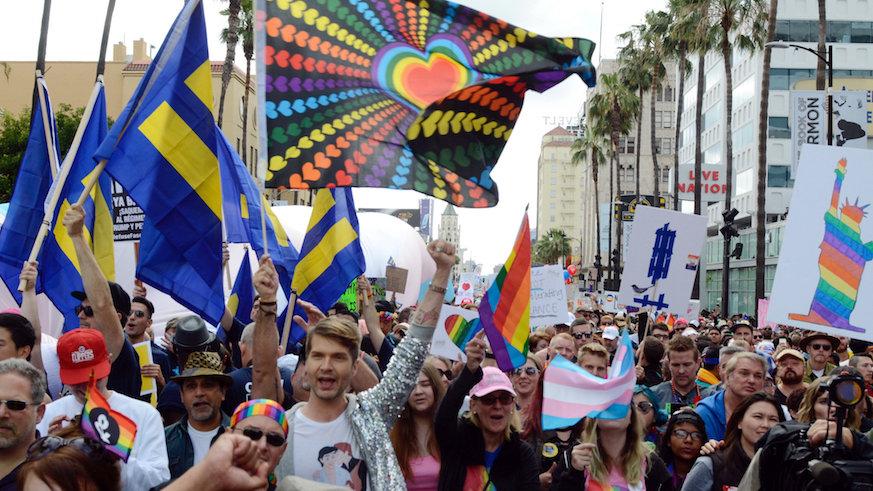 The people at Pride, the working-class including unions like the IBEW Local 11 and others along with more trans and gender nonconforming people and people of color are what Pride should be about.

Still the march was massive and inspiring! The usual bigots and Trump supporters came out with about 10 people in an attempt to intimidate us. They only embarrassed themselves, as we were tens of thousands in the streets. They were pebbles in a tide of rainbows.

This Resist march needs to represent the continuation of resistance to patriarchy and capitalist exploitation. Our movements should encompass the most oppressed sectors of the LGBT community. The Democratic Party who put themselves at the helm of LA Pride have no solutions for us because they benefit from our exploitation. Trans people of color, immigrants and other members of the queer community should be at the front lines of challenges to Trump, as well as to policies put forth by the Democrats.