After Marisa Holmes was illegally fired from CUNY TV, union representatives, students and co-workers gathered to support the re-hiring of Holmes and the rights of all CUNY workers. 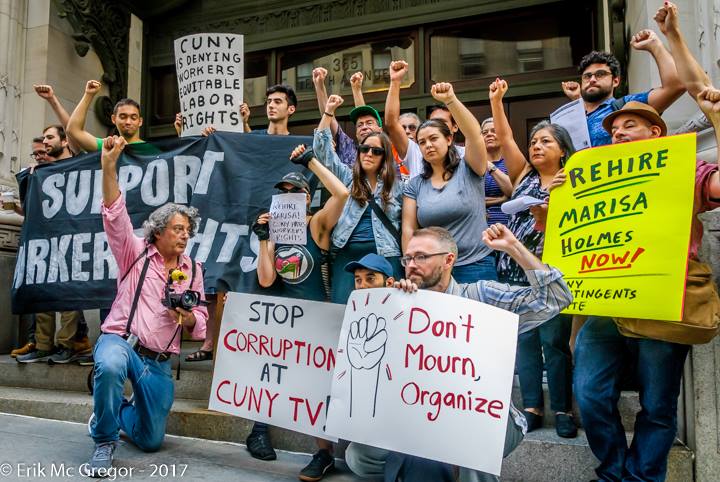 Marisa Holmes — CUNY TV Broadcast Associate, active union memeber and left organizor was fired from her job at CUNY TV via email last week. Marisa’s union, District Council (DC) 37, was not notified and she not given 30 days notice or cause for her termination– a clear violation of her contract. 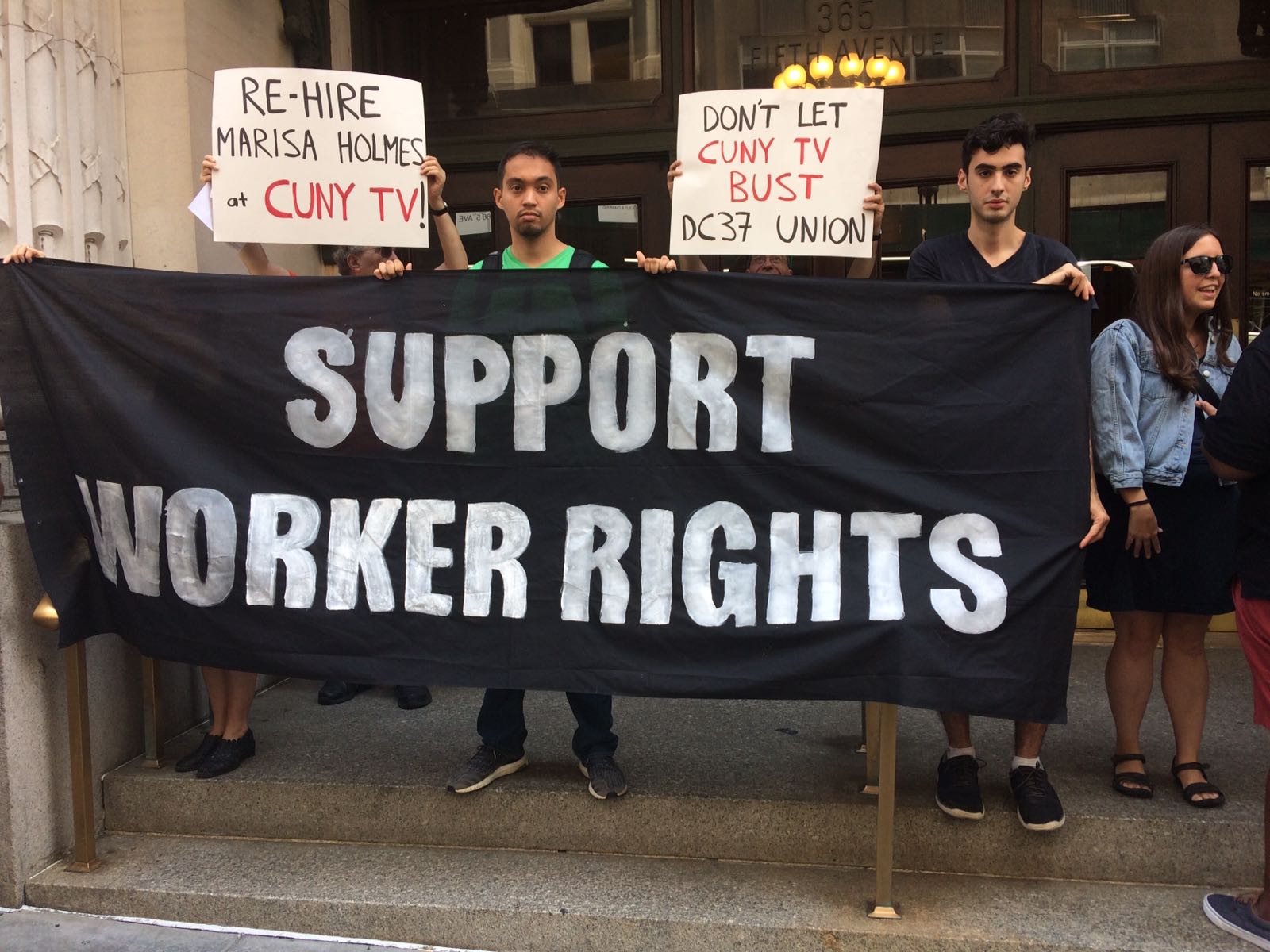 On Wednesday “Resist CUNY TV” organized an emergency response rally to re-hire Marisa. Members of the Professional Staff Congress, DC 37, the Postal Workers Union, Marisa’s co-workers and various students and professors gathered at the steps of the Graduate Center for this action. 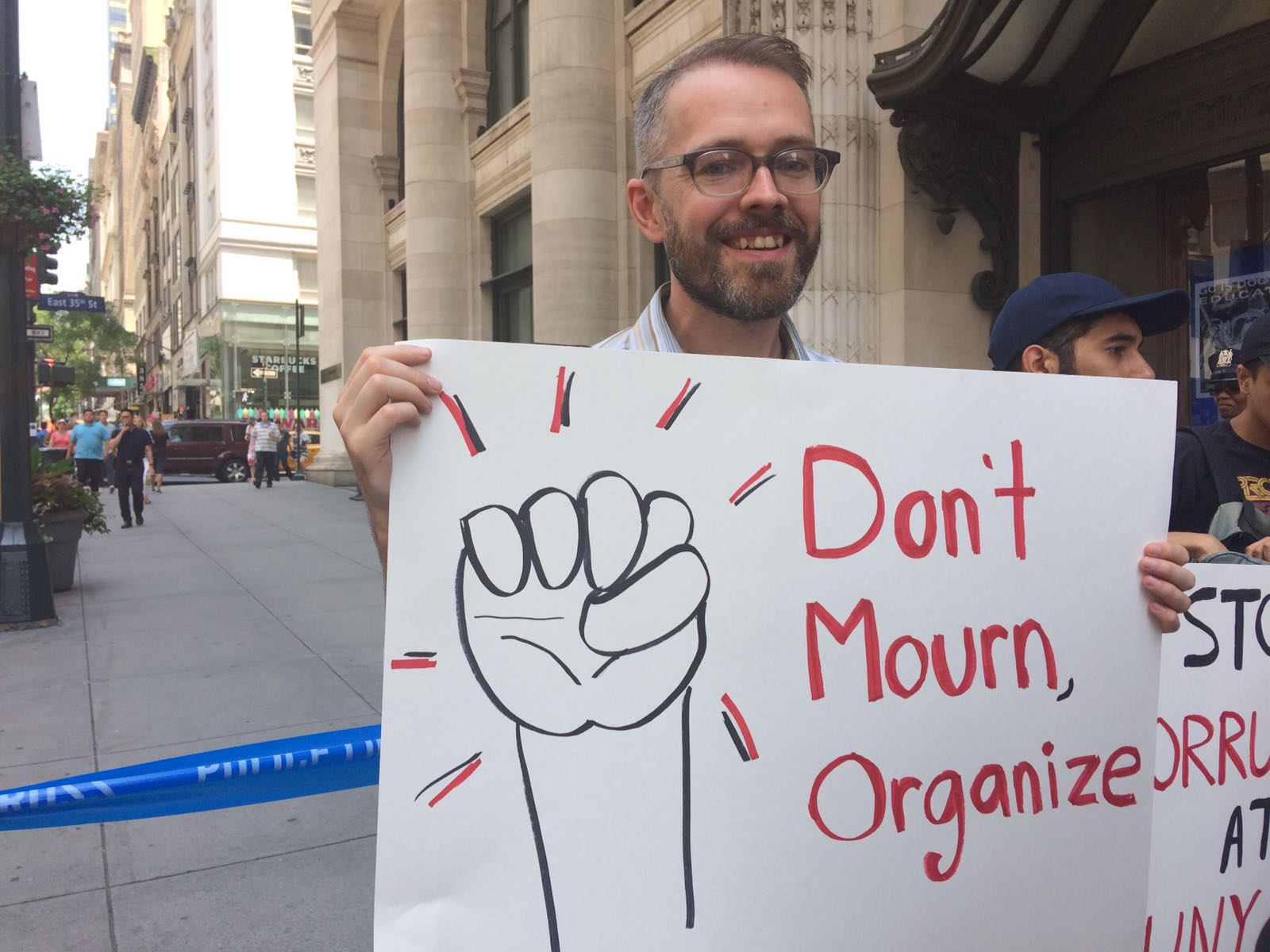 Marisa is an active union member who has faught for budget transparency, benedits and diversity in hiring. This does not seem to be a random firing, but rather, retaliation for organizing. Holmes states, “As far as I’m concerned and as far as my union is concerned, this is a form of retaliation for union activity and organizing. Even though it is a protected legal right, it is a right we have to fight for every day in the streets. If we don’t defend these rights in the face of repression, we will lose them.” 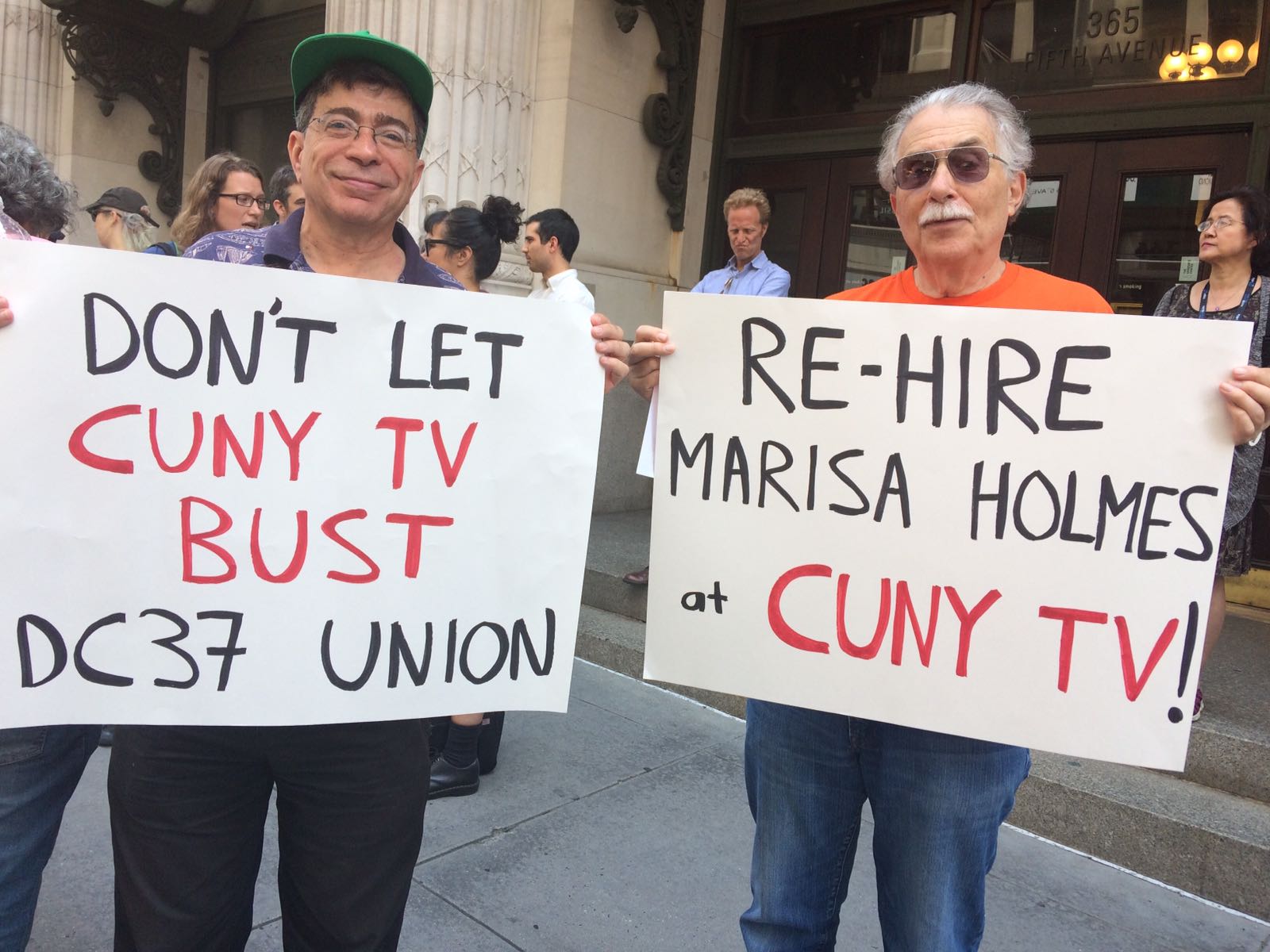 As Conor Tomas Reed stated at the rally, “We are here to win back Marisa’s job and we are also here to make sure that nobody should be treated like this at their workplace. No one should be having the basic job protections that are important to them, won through the struggle we have done across generations, shouldn’t be taken from us in the blink of an eye, the stroke of a pen or the sending of an email.”

On Monday will be the second emergency rally to support Marisa’s rehiring at 12:30 on the steps of the Graduate Center. See the facebook event here