Ravaged by Climate Change: 400,000 On the Brink of Starvation in Madagascar

Over one million people in southern Madagascar are food insecure, while almost half a million are on the brink of starvation. Climate change is to blame, and capitalism ensures that the Global South will pay the highest price. 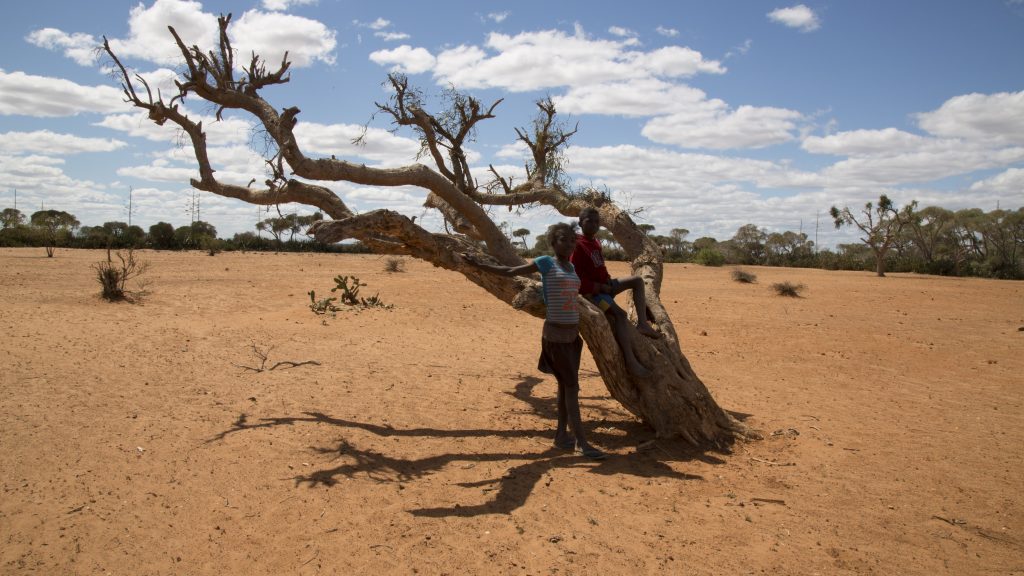 Over 1.1 million people in southern Madagascar are food insecure and 400,000 are on the brink of starvation as the country experiences its fourth straight year of drought. The agriculture-dependent region received just 50 percent of its typical rainfall during the October planting season, and consecutive years of failed harvests have led to the depletion of food and seed stocks. These factors indicate the prospects for the 2021 and 2022 harvesting seasons are even worse as climate change and capitalist exploitation push more Malagasy people into extreme hunger and poverty.

Thousands in southern Madagascar have left their homes to find work in cities in response to these dire conditions. However, the coronavirus pandemic has caused the economy to contract by four percent and decimated the tourism sector, dashing workers’ hopes of a reprieve from their poverty. Those who remain in villages and rural areas often have to resort to desperate measures, subsisting on diets of red cactus fruit, wild leaves, termites, and locusts.

Climate change is to blame for Madagascar’s plight. The country’s location and dependence on natural resources makes it particularly vulnerable to climate-related disruptions, while centuries of imperialism and resource extraction have ensured that the island’s poor are the most affected. David Beasley, executive director of the United Nations’ World Food Programme (WFP), put it bluntly: “This is not because of war or conflict, this is because of climate change. This is an area of the world that has contributed nothing to climate change, but now, they’re the ones paying the highest price.”

The situation in Madagascar also highlights the ways in which the effects of climate change can compound and result in even greater devastation. The arid conditions caused by the drought are leading to dust and sand storms that devastate crops, kill cattle, and sweep away soil for cultivation. Once limited to the driest areas in certain parts of the year, the storms have now expanded their reach and occur nearly year-round. Crops on the island have also been destroyed by locusts. Warmer temperatures, combined with heavy rains in other regions, have caused record locust swarms, and climate change will only increase the frequency of these plagues across the world.

Madagascar is not alone: according to the United Nations’ World Food Programme (WFP), Ethiopia, South Sudan, Nigeria, and Burkina Faso are also “experiencing famine-like conditions” as climate change, conflict, and the economic fallout from the coronavirus wreak havoc on the lives of the working class in the Global South. Across the world, 41 million people in 43 countries are “knocking on famine’s door,” up from 27 million people in 2019.

The drought in Madagascar and extreme weather events across the world expose the cruel injustice of climate change where those least responsible suffer the most devastating consequences. These countries face a double-whammy of climate change-induced destruction and centuries of resource depletion and exploitation due to imperialism.

To avoid catastrophe, the global environmental struggle must be anti-capitalist. We must fight for a democratically run economy structured around human need and environmental sustainability, and demand justice for those in countries like Madagascar, who bear the burden of this ecological catastrophe. The Malagasy working class must also fight to resist their corrupt politicians who have sold off natural resources and destroyed over half of the island’s forests. Successive governments have turned a blind eye to violent land grabs by multinational companies while subordinating the needs of the working class to the International Monetary Fund.

Capitalism, whether in Madagascar or around the world, cannot provide a solution for this ecological emergency of its own making.