RBG or Not, Abolish the Supreme Court

Ruth Bader Ginsburg died on Friday night and sent millions into a panic about the future of reproductive and other civil rights. The fact that one unelected body has that much power is undemocratic to the highest degree. We must abolish the Supreme Court. 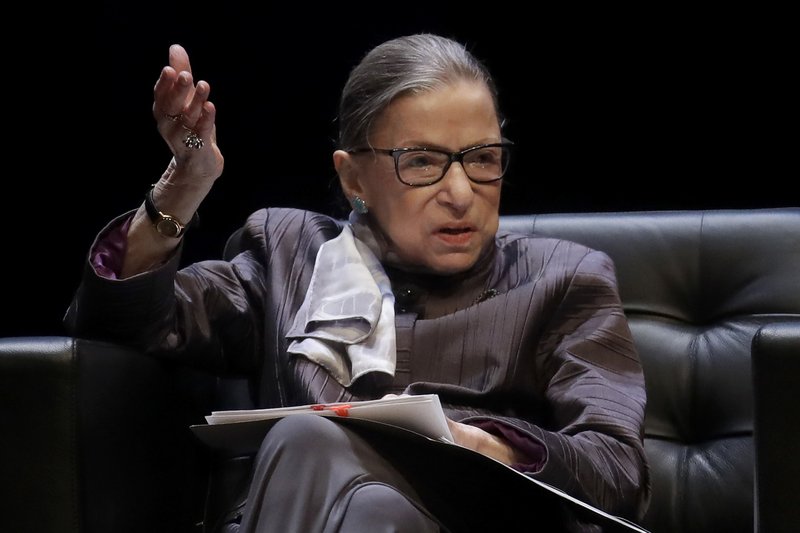 Supreme Court Justice Ruth Bader Ginsburg (RBG) passed away on Friday night at age 87, sending millions into a panic about the future of reproductive rights. Her death and the subsequent fear shows the immense power that the Supreme Court wields and why we must abolish it.

Ginsburg died of complications of metastatic pancreatic cancer after battling the disease on and off for the past 20 years. She was the second woman ever on the Supreme Court and had developed a reputation as a “feminist” and “progressive” figure. Liberals called her “notorious RBG”; two films were made about her; and people even regularly dressed up as her for Halloween. Without a doubt, RBG was a pop culture icon. While RBG will be remembered for her more progressive Supreme Court decisions, there were others that progressives and even some socialists will more likely push under the rug. Take City of Sherrill v. Oneida Indian Nation of New York, where RBG and the whole Supreme Court ruled against tribal sovereignty or Department of Homeland Security v. Vijayakumar Thuraissigiam, where Ginsburg ruled against asylum seekers.

RBG’s death and the coming struggle over her replacement highlight once again the complete bankruptcy of the liberal electoral strategy for defending our basic rights. If the plan was just to hope that RBG didn’t die before Biden was elected, it was a bad plan. Relying on undemocratic institutions such as the Supreme Court, or capitalist parties like the Democrats, is no mechanism for change.

RBG’s death opens a huge crisis for the political regime. It seems almost certain now that Donald Trump, Mitch McConnell, and the rest of the Republican Party will begin very quickly to look for ways that they can push through their nominee. However, this is a hypocritical move for the Republicans who blocked Merrick Garland from the Supreme Court while Obama was president under the excuse that the elections were too close and it should wait until after the election.

There will be no such talk now. The Republicans are going to try to push through a replacement.

We could see a similar scenario this time, but in a much more volatile situation. Many are arguing that Trump may try to hold onto the presidency even if he loses. After all, he has spent the past few weeks positioning himself to challenge the validity of the election, predicting “election mayhem.” He’s already attacking mail-in voting and looking for ways to stop people from voting in the midst of the pandemic. And throughout all of it, Trump encourages the far-right wing militias that have been mobilizing, attacking, and killing protesters.

We say in no uncertain terms: we defend the right to vote. Elections shouldn’t be decided by judges that no one elected. And you know what institution has stood on the opposite side of that fight? The Supreme Court. From the Citizens United decision that allowed unlimited corporate money in politics to the 2000 Election, the Supreme Court has been integral in maintaining the lack of democracy in the United States, where we don’t even decide elections by the basic principle of the popular vote. We must already begin to organize with this message: people have the right to vote, to have their votes counted, and no unelected body of nine people should decide any election.

At the same time, an electoral strategy to defend our basic rights is doomed to fail. If defending reproductive justice or even democracy relies on an 87-year-old staying alive, it doesn’t work. And having RBG on the Supreme Court was certainly no bulwark against undemocratic decisions. After all, she was on the court in the Bush v. Gore decision. But it is indeed true that the working class and oppressed generally, as well as our basic right to vote, are under attack. We should respond accordingly, strengthening the organization of the working class and oppressed and not the institutions that oppress us, which include the Supreme Court and the Democratic Party.

Joe Biden and the Democrats will seize upon this to make the case once again that Biden will protect us from Trump, the rising right, and challenges to reproductive rights in the Supreme Court. They will look at the right-wing offensive against abortion and, as always, tell us to make sure that we vote. But the fact of the matter is that reproductive rights have been under attack for decades, no matter who has been in the White House. And while it’s no secret that the Trump administration has attacked reproductive rights and positioned itself as anti-abortion, it is even more hypocritical to say we should vote for Biden to defend reproductive rights.

After all, Biden famously supported the Hyde Amendment until it became politically untenable for his campaign. Further, Roe v. Wade was later undermined by other Supreme Court decisions like Planned Parenthood v. Casey. As Yekaterina Oziashvili wrote, “While it is a fact that Roe v. Wade has drastically improved the lives of millions of women and working-class people in general, many have drawn the wrong lesson from the decision. Rather than seeing it as one step in the right direction, they infer that the Supreme Court is the main, if not the only, defender of democratic rights; and it is this erroneous conclusion that leads to demobilization.” The truth is that it’s up to us to defend reproductive rights and the rights of the working class and oppressed.

To that end, we must recognize that the Democrats, for all their nice words about supporting the right to choose, are also our enemies in this fight. After all, there is a fair share of anti-abortion Democrats, and Nancy Pelosi herself has said that abortion is not a central issue for her party. It is a capitalist party and exists to protect the interests of capital. While the Democrats use issues like reproductive rights to win elections, they aren’t on our side in the fight to protect abortions. For example, they defend the private health system that makes abortions unaffordable, and they do nothing about the continual exploitation of women’s labor in the capitalist economy. The Democrats have shown time and time again that they do not care about the interests of working people, women, immigrants, and people of color.

Over the next few weeks, the discussion will be dominated by who will replace Ginsburg. As socialists, we can’t get stuck in that debate. The Supreme Court is an illegitimate, undemocratic, and oppressive institution. Why should nine unelected people who are paid hundreds of thousands of dollars a year and serve for life get to decide whether we have the right to an abortion? Why should they decide whether we can be fired for being queer? Why should they get to decide anything about our lives?

The Supreme Court was created to protect the interests of the ruling class. It has ruled time and time again against the working class and oppressed. When the Supreme Court has come down on the side of progressive causes, it was only because of pressure from movements in the streets, not some abstract concept of “justice.” That certainly was the case with the civil rights movement and the reproductive justice movement. And how just, after all, is an institution that includes among its ranks at least two men accused of sexual assault? We cannot sit by and hope that this or that justice doesn’t die just because they are the only thing standing between us and our basic civil rights. The only way to fix the Supreme Court is to abolish it.

These are scary times, and the Democratic Party is trying to use that fear to drum up support for Biden, telling us that he is the only thing that stands between us and a far-right government. But history shows us that the only way to fight the right wing is to build the left and strengthen the organization of the working class. Biden,the Democrats, and the Supreme Court won’t save us, and they won’t protect us. Only the unified force of the working class and the oppressed has the numbers and power to fight back right-wing attacks. We shouldn’t sit idly in fear as the capitalists and their politicians bicker about which unelected judge should serve a life term on the Supreme Court. It’s time to mobilize, shut down the economy through strikes, and demand the abolition of the Supreme Court. It does not serve us. Its time is up.