Refugee Caps Are a Tool of Imperialism. Don’t Trust Imperialists to Resolve the Refugee Crisis

Hundreds of thousands of Afghans are now refugees. The global working class must demand that the imperialist nations give refuge to any refugee who requests it. 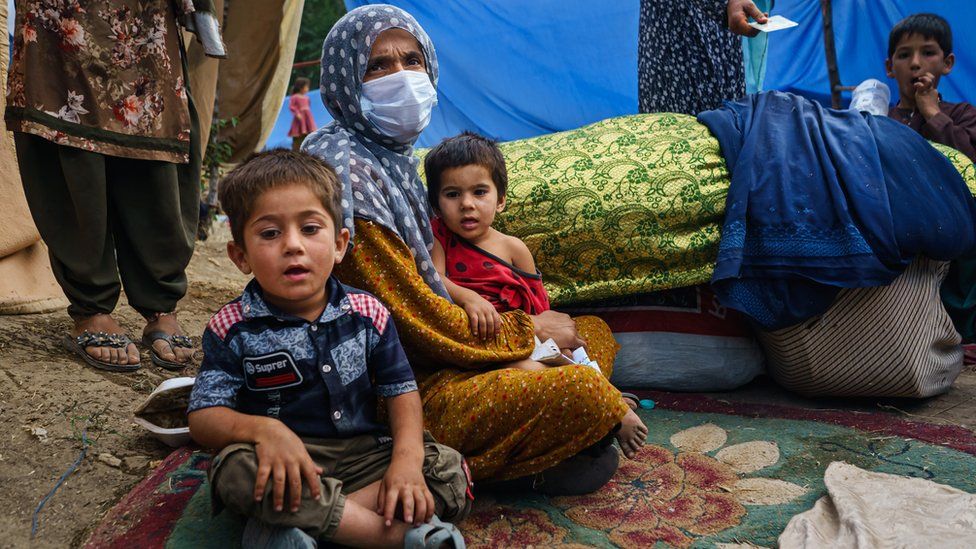 After 20 long and bloody years, the U.S. occupation of Afghanistan has finally (by and large) ended. The scenes out of the country as the United States pulls out are as chaotic and tragic as we’ve come to expect from U.S. interventionism. This crisis of imperialism has reignited the refugee crisis, and thousands are already trying to leave the country, fearing either retaliation from the Taliban or repression based on their gender or sexuality, adding to the 2.5 million existing Afghan refugees.

Unsurprisingly, the Western imperialist powers are already signaling that they will not help these refugees. President Emmanuel Macron of France said he will “protect France” from the coming wave of refugees. British Prime Minister Boris Johnson is facing a political crisis after announcing that the UK will only take 20,000 refugees over five years. The Biden Administration is also facing growing political fallout over its handling of the withdrawal and the refugee crisis: news outlets are reporting that the United States didn’t act to help refugees as they were withdrawing. Across the world, it seems clear that Afghan refugees will either be banned or severely restricted from entering.

Be it refugee bans or refugee caps, socialists must oppose all imperialist attempts to use borders to restrict the free movement of people, especially refugees from imperialist wars. To put it bluntly: the greatest imperial power in the world, with a coalition of other imperialist powers, attacked, looted, and occupied Afghanistan for 20 years and is now trying to prevent refugees from entering. After 20 years of imperialist occupation, Afghanistan is left impoverished, war torn, and with a growing COVID rate. This is imperialism in its clearest form. Every refugee from the Afghan war — indeed, every refugee anywhere — must be allowed entry into the U.S. and given full legal rights and protections.

It seems as if, at least for the United States, refugee status will be used as a political tool to reward Afghan collaborators. This is imperialist aggression, just with a nicer face. The idea that only Afghan refugees who helped the occupation will be let in sends a clear message to the working class in imperialized countries: work with your imperialist oppressors or get abandoned. This is one of the main ways that imperialism works: it forcibly recruits “native” allies and then uses the resources that imperialism provides to keep them in line. Dangling refugee status over the heads of people fleeing their homes is sure to be employed by the Biden administration and several other bourgeois governments across the West. This should also be fought back at every turn.

You might be interested in: The U.S. Military Left Behind Biometric Tracking Technology. The Taliban Is Already Using It to Track Afghans.

It is also likely that the bourgeois press and right-wing political parties and movements will try to use the refugee crisis — or, as it ought to be referred to, the latest crisis of imperialism — to turn the working class against itself. This attempt to nationalize the working class against outsiders has been used by Donald Trump, Marine Le Pen, the UK Independence Party, and countless others to gain political traction. They will likely spread lies about these refugees, claiming that they are stealing jobs from native workers, and are to blame for worsening material conditions which are in reality a result of the decades-long assault of neoliberalism.

This nationalist rhetoric is fallacious, but could tap into very real fears, anger, and resentment of workers who have seen their material conditions decay over their lifetimes. As socialists, we must tirelessly rebut these right-wing and racist talking points and constantly show these native workers that the working class has no country, and the real reason for their worsening conditions is the international bourgeoise, not the international working class. Nationalism is not Marxist, and socialists should give no space to it.

The fight around Afghan refugees is just a prologue: as the climate crisis worsens, poverty deepens, and international strife ignites and reignites, we will continue to see a rise in refugees. The response to this from the more economically developed capitalist nations like the U.S. will be to drastically limit the amount of refugees that they admit, and only let in those who are seen as useful for the capitalist superstructure — be that collaborators in occupations, “skilled workers,” or just refugee workers to hyper exploit. This will likely accompany a rise in nationalist rhetoric.

The only way to fight this back is to create a true mass movement of the working class to defend the rights of refugees and demand that borders be opened to let them in. The work to build that movement will not happen overnight or by chance — we must begin to develop that fight now. The way we fight for Afghan refugees now will prepare us to fight for climate refugees in the future, to fight for refugees from Latin America, to fight against the entire imperialist concept of borders. This movement will be vital to combating all forms of imperialist aggression that force people to flee their homes.

What we do now matters. Will we sit by and trust the forces of imperialism to resolve the refugee crisis? Will we just donate to NGOs  and think that’s enough? Or will we start to take concrete political action to build a movement to demand that every refugee who wants entry to the United States should be given entry? Do we correctly denounce borders as the imperialist tool they are or do we make compromises with nationalism? Do we fight against the imperialist state or do we make concessions to it? Do we fight for the international working class or not?

Every refugee must be let in, whether they helped the United States forces or not. The imperialist aggression on Afghanistan created millions of displaced and fleeing people, and only the collective action of the global working class can give them refuge.