Conditions inside US detention camps at the border are a humanitarian crisis.We demand the immediate release of all imprisoned immigrants and the closing of the detention camps. 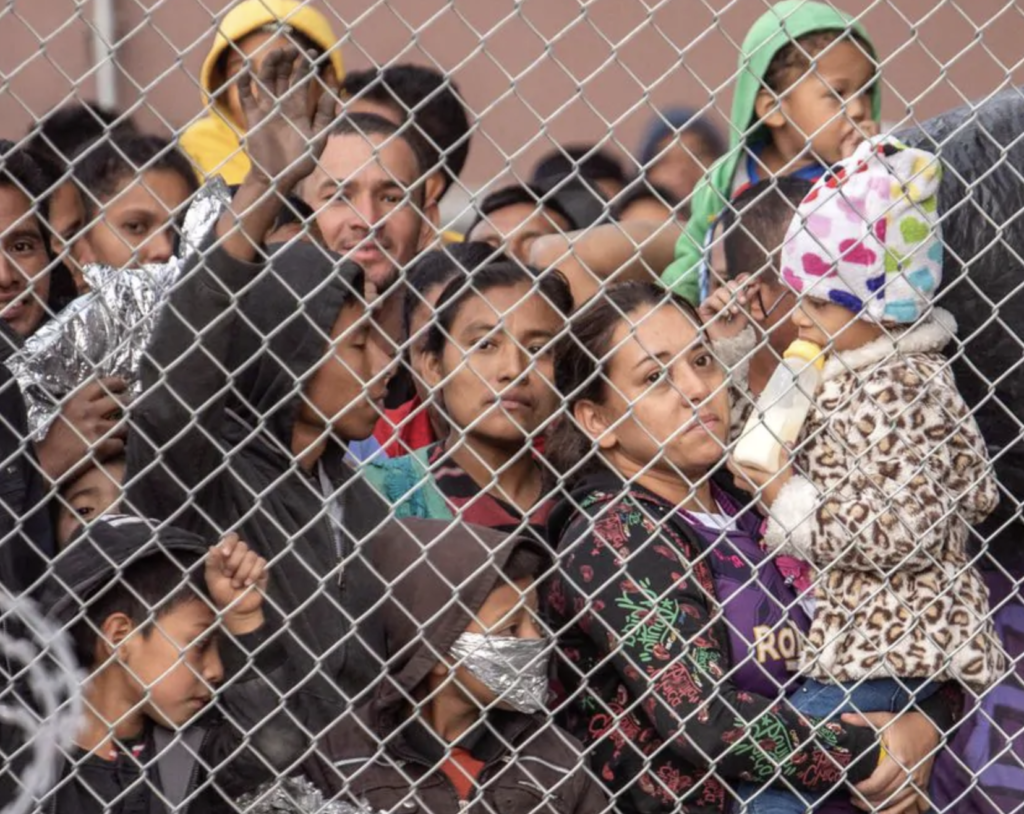 Every report from inside US immigration detention centers reveals increasingly inhumane conditions for the tens of thousands of individuals imprisoned in overcrowded facilities for crossing the Mexican border into the United States. Hundreds of children sleep on concrete floors and are denied beds, toothbrushes, fresh clothes and adequate food. Detainees are refused fresh drinking water and are told that they can drink from the toilet if they are thirsty. Cells built to hold 35 people cage more than 150. Cases of sexual assault run rampant in most facilities, with 5,800 cases of sexual assault on unaccompanied minors by staff members reported last year alone. The migrants detained in what are rightly being called concentration camps are kept in unlivable conditions. At least 11 migrants have died in US custody since September 2018, not to mention the many more who have died or been killed trying to cross the border.

These horrific conditions did not begin under the Trump administration but have escalated as a result of the targeted attacks on immigrants that have become a hallmark of his presidency. Today, they constitute a humanitarian crisis. Trump’s immigration policies encourage abuse in detention centers, detain more individuals for longer periods of time, and intentionally separate children from their parents. This crisis has provoked a great deal of performative outrage from the Democrats. Party leaders—like Nancy Pelosi and Chuck Schumer—wring their hands and make vague statements about how this is a terrible situation and yet they do nothing to prevent it. Only last week, establishment democrats in the House voted for an additional $4.6 billion for “border aid,” with no strings attached. Democrats justified passing the bill with claims that it would alleviate the dire conditions in detention centers, but the bill provides more funding for the Department of Homeland Security and Customs and Border Patrol with few restrictions on how that money is allocated. Those in the progressive wing of the Democratic Party, such as Alexandria Ocasio Cortez, denounce the situation in the strongest terms, but their solutions are supremely insufficient. While their rhetoric may differ, their policy proposals are minimally different from their more conservative counterparts. No one within either bourgeois political party is calling for the refugees to be released. At a moment of unprecedented crisis and immense human suffering, when we need bold action more than ever, self-identified socialists in the Democratic Party are failing to challenge the limits set by capitalist institutions. As far-right politicians—like Trump and his advisor Stephen Miller—continue to set policies on immigration, we need a stronger left opposition to the humanitarian violations of the Trump administration and demands that will actually protect the vulnerable.

We believe in free mobility for all people, and thus we stand for open borders. We understand Bernie Sanders, AOC and other progressive Democrats do not agree with this; after all, even the most progressive social democratic nation still needs borders on its boundaries. But if we recognize that detention centers are modern day concentration camps, it is only logical to call for the release of all refugees caged in those facilities. Detention camps are the logical conclusion of national borders. You cannot have a kinder, gentler enforcement of border control. Reforms will not fix the essential fact that borders are oppressive. We demand that all the detained immigrants be released immediately and we demand that every camp be closed. Release the immigrants. Close the camps. Open the borders!