Remember What It Looked Like When Black Lives Matter Protested in Washington? 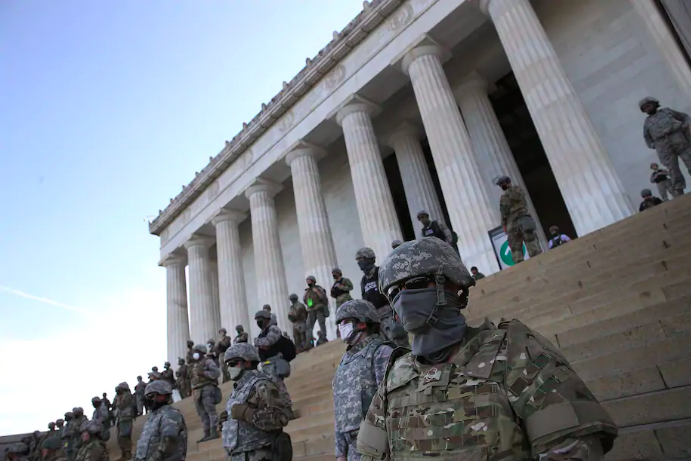 Today a large right-wing protest full of Trump supporters and election deniers filled the streets of Washington, DC. They proceeded to breach the paltry defense of the United States Capitol, where members of Congress had begun ratifying the Electoral College votes. While the police stood to the side, letting protesters through, the protesters barged into Congress, forcing members to go into hiding.

This is the clear consequence of Donald Trump’s prodding and right-wing organizing. It clearly shows that the police, who stood aside and let it happen, are on the side of the far-right. It shows the stark contrast between how white, far-right protesters are treated by police compared to Black Lives Matter protesters — all summer we got tear gassed for just walking down the street. And most importantly it shows that you can’t beat Trumpism or the far right at the polls — we can only beat them in the streets.

The following are images of how the far right protesters today were treated compared to Black Lives Matter protesters last summer. These images are difficult to witness and may be triggering. But we have chosen to post them to highlight that the police are on the side of the far right and to highlight that we need to organize to fight against them.

Here are some images:

Far-right protesters in the Capitol today:

Police crack down on peaceful protesters outside the White House during the Black Lives Matter protest on June 1.

Far-right protesters with confederate flags in the Capitol building:

Police tear gas and beat up peaceful protesters in June:

Far-right Trump supporters outside the Capitol Building today, advancing without any resistance from the police.

Police violently arrest a peaceful protester in D.C in June: