On December 10, Christian Krähling, an Amazon worker from Germany, died. For more than seven years, he led strikes against the richest man in the world. 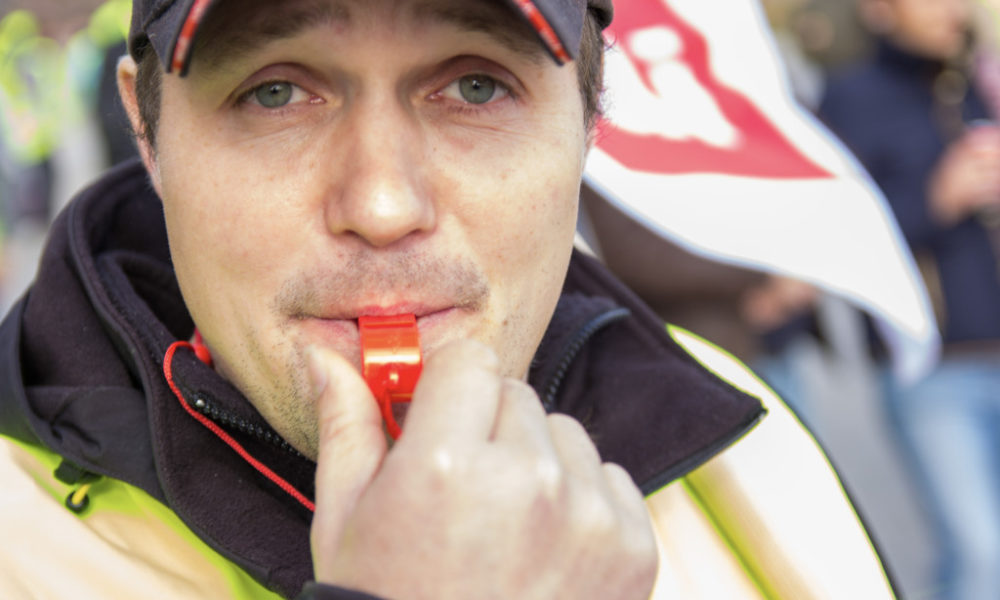 On December 1, Christian Krähling posted a picture on Facebook. It showed him, a colleague, and a snowman on strike in front of an Amazon Fulfillment Center in Bad Hersfeld in central Germany. All three were carrying red flags and wearing yellow vests of the trade union ver.di. 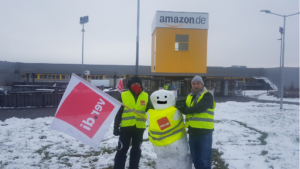 Everyone who has been involved with the Amazon strikes in Germany knew Christian. He had been a leader of the strikes in Bad Hersfeld since they began in mid-2013 until today. He traveled all around Germany and Europe to organize rank-and-file workers.

But on December 10 — his 43rd birthday — Christian was found dead in his apartment. We are incredibly sad for his friends and family. It’s not only the Amazon workers in Germany that have lost a tireless activist; this is a loss for the whole working class.

Christian was an intellectual of the working class, and he organized with arguments at 3 AM in bars but also by writing poetry. He came from a distraught region of Germany which was once just to the west of the border between the (capitalist) Federal Republic and the (Stalinist) Democratic Republic. He recalled being one of the families from the West who would secretly watch Eastern TV. This clearly left him unable to accept the omnipotence of a capitalist behemoth like Amazon.

Countless headlines have stated that Jeff Bezos added about $70 billion to his wealth during the pandemic. But the bourgeois press seldom mentions who creates that wealth: the 1.2 million workers around the world being exploited by Bezos. These obscene profits are possible because Amazon workers are largely unorganized and are treated like disposable robots.

Christian was one of the proletarian militants trying to change that — both with legal union organizing and with everyday campaigns to throw sand into the perfectly-calibrated gears of exploitation in an Amazon warehouse.

Growing up in a time when many workers in the region, denied any kind of dignified perspective, turned to chauvinist ideologies, Christian was a practical internationalist.  When Jeff Bezos got an award for his “visionary entrepreneurship” in Berlin, Christian helped organize a protest together with workers from the Spanish State and Poland. When Amazon had their first strike in Madrid, Christian jumped on a plane without any support from the trade union, after lots of colleagues had pitched in.

The case of Amazon worker Chris Smalls in Staten Island, who was fired after organizing a protest to demand basic safety precautions in Amazon warehouses, is telling. The company’s top managers, including Bezos, discussed how to defame Smalls. Christian too was also subject to countless attempts to corrupt or break him over the years.

With his intelligence and charm, Christian easily could have had a career with the union bureaucracy or Amazon’s management. He could have had a comfortable life as a lieutenant of the exploiters. But he decided to remain a logistics worker, understanding that salvation can only come from the mass of workers sticking together.

Christian was always an active member of the trade union ver.di. However, the bureaucrats in charge of the union would hold back the struggle at every step, believing that lobbying reformist politicians was the way to win workers’ demands. Christian put all his efforts into organizing the rank-and-file independently of the bureaucracy. He also understood the importance of fighting against racism, sexism, and every form of oppression, as ideologies that divide the working class.

Christian was an inspiration to workers around the world. Many different socialist and labor publications in Germany wrote tributes. Workers in Poland took a group picture that said “RIP Christian.” The Amazon Workers International published a long obituary in English. Christian was buried in Bad Hersfeld on December 29. He leaves behind parents and children.

The struggle of Amazon workers will continue. It will be more difficult without Christian. But it will continue, and he will live on as an example for millions of people exploited by Bezos. He will be there in spirit at each union picket and at each wildcat work stoppage. Christian Krähling, ¡presente!

This article is partly inspired by an obituary from Klasse Gegen Klasse. An online memorial service for Christian is being planned for February. We will inform our readers as soon as the date is set.