David Graeber, leftist anthropologist, activist, and anarchist, died September 2, 2020, at the age of 59. His death was sudden and a shock to his students and the scores of people influenced by his ideas. In a world where most academics value theorizing over activism and choose to abstain from public protest, Graeber was vocal about his anti-capitalist and anti-imperialist views. 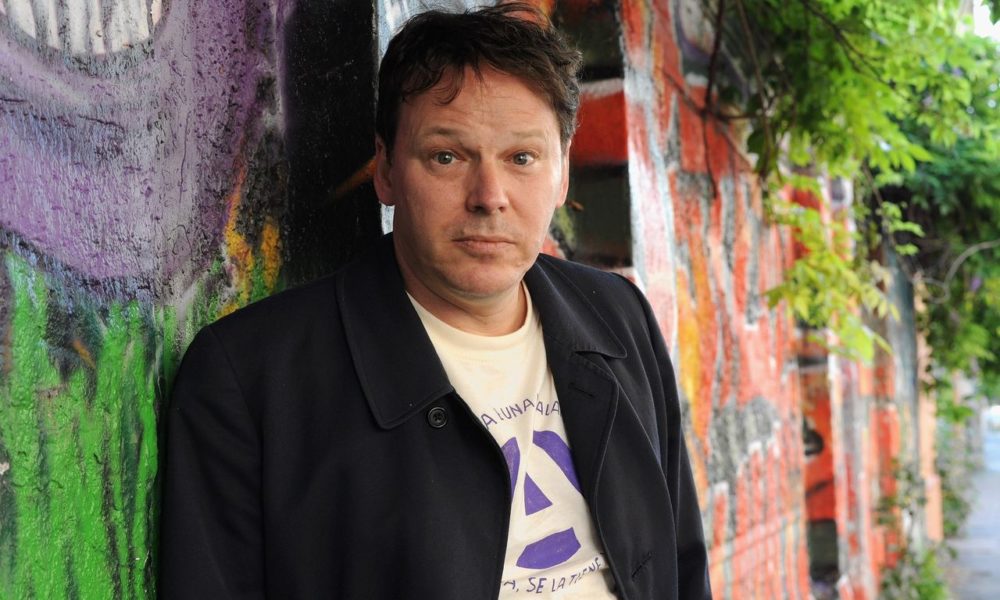 David Graeber was born in New York City and grew up in a working-class family with parents who had deep Communist and labor ties. He remained true to his radical roots throughout his career, from his undergraduate studies at SUNY-Purchase to his PhD at the University of Chicago, and on to his time in academia, most recently as a professor at the London School of Economics.

Graeber’s PhD fieldwork was conducted in Madagascar, a country that influenced his writing and theorizing for decades afterward. In Debt: The First 5000 Years he wrote:

Third world debtor nations are almost exclusively countries that have at one time been attacked and conquered by European countries — often, the very countries to whom they now owe money. In 1895, for example, France invaded Madagascar, disbanded the government of then — Queen Ranavalona III — and declared the country a French colony. One of the first things General Gallieni did after “pacification,” as they liked to call it then, was to impose heavy taxes on the Malagasy population, in part so they could reimburse the costs of being invaded, but also, since French colonies were supposed to be fiscally self-supporting, to defray the costs of building the railroads, highways, bridges, plantations, and so forth…Over the next half century, the French army and police slaughtered quite a number of Malagasy who objected too strongly to the arrangement (upwards of half of million during one revolt in 1947). It’s not as if Madagascar has ever done any comparable damage to France. Despite this, from the beginning, the Malagasy people were told they owed France money, and to this day, the Malagasy people are still held to owe France money, and the rest of the world accepts the justice of this arrangement.

Graeber recognized that debt was the most efficient way to take relations that are fundamentally based on violence and make them seem morally right. Debt is a form of finance capitalism, a tool used by the ruling class to keep workers oppressed. The connections that Graeber made between state-sponsored violence and the need to enforce debt — including the duplicitous methods used by the International Monetary Fund (IMF) in the Global South — and his call to wipe out all sovereign and individual debt are key demands for leftists today.

Graeber didn’t only question the exploitative role of debt in foreign countries, but he also looked at the experiences of an increasingly alienated working class. In Bullshit Jobs, Graeber builds on Marx’ theory of social alienation and estranged labor. Despite widespread technological advances which should free us up to have more leisure time, the further capitalism develops, the more that we are forced to work meaningless jobs to continue making profits for the bourgeoisie. These jobs keep us busy and exhausted and prevent us from creating any political turmoil for the ruling class. This work resonated with many people across the world: workers after all, are treated as but a commodity under capitalism.

If someone had designed a work regime perfectly suited to maintaining the power of finance capital, it’s hard to see how they could have done a better job. Real, productive workers are relentlessly squeezed and exploited. The remainder are divided between a terrorised stratum of the, universally reviled, unemployed and a larger stratum who are basically paid to do nothing, in positions designed to make them identify with the perspectives and sensibilities of the ruling class (managers, administrators, etc.)—and particularly its financial avatars—but, at the same time, foster a simmering resentment against anyone whose work has clear and undeniable social value. Clearly, the system was never consciously designed. It emerged from almost a century of trial and error. But it is the only explanation for why, despite our technological capacities, we are not all working 3–4 hour days. (On the Phenomenon of Bullshit Jobs: A Work Rant, David Graeber)

Graeber’s work with Occupy Wall Street and his activist role in furthering the cause of Kurdistan made him a prominent global activist. He is attributed as having coined the “We are the 99%” rallying cry that resounded at Occupy protests. This conception of a “billionaire class” versus the rest of society is a gross oversimplification, as it disregards class conflicts within the 99%. Though the statement isn’t useful as an organizing strategy, it did help create wider consciousness about the extent of income inequality in the United States and around the world.

Graeber was more than just a visionary academic, however; he was also a remarkable person. When I was a student at the London School of Economics, I tried to get into his public lectures and was unsuccessful. The lines stretched across courtyards and snaked through lobbies as students lined up far in advance to see him in action. A friend signed up for office hours with Graeber, and he maintains that it was one of the most eye-opening conversations of his life. Twitter is peppered with testimony about his generosity, playfulness, and patience. Graeber’s work helped deconstruct capitalism and furthered leftist schools of thought, but his kindness and thoughtfulness are what made him beloved to so many.

A scholar-activist who believed that the ultimate working-class virtue is solidarity, his death is a tragedy for all of us.

Rest in Power David Graeber, you will be missed.