Amy Coney Barrett’s confirmation to the Supreme Court has raised alarms. But the problem with “ACB” is deeper than Barrett and her right-wing politics. The problem is that unelected government officials have such despotic control over the policy that affects our lives. 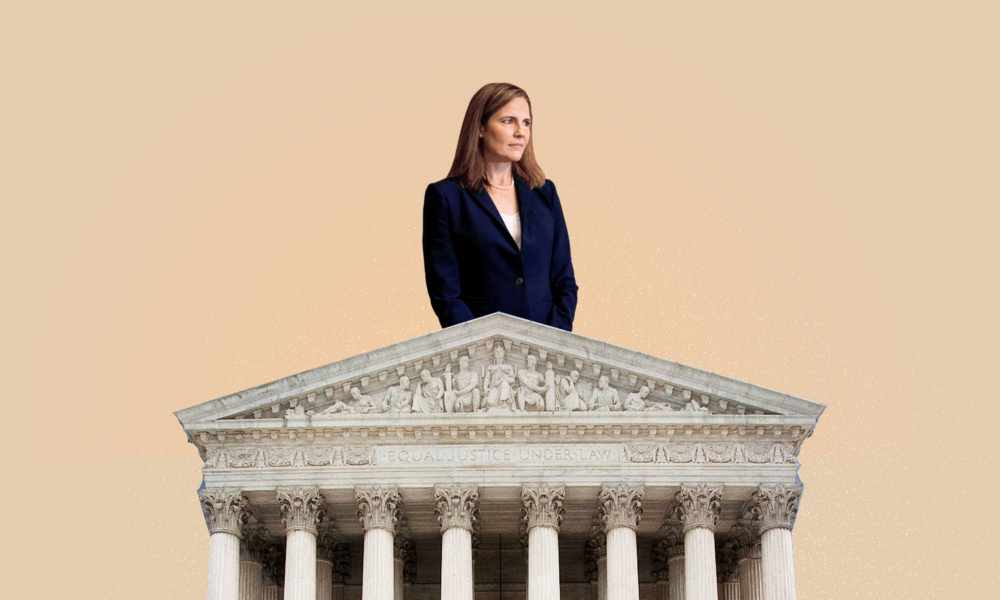 American Conservatives are delighted with Donald Trump’s choice for the U.S. Supreme Court. Amy Coney Barrett, embraces reactionary views on a variety of topics, and at only 48 years old, she could serve on the court for decades. Barrett is a threat to our hard-won civil rights and liberties. She has notably expressed opposition to the right to abortion, and if given the chance, may help to overturn Roe vs. Wade.

The anti-abortion movement isn’t the result of some irrational hatred of people with uteri. Capitalism profits off patriarchal gender roles and tight control of our reproduction and sexuality.  When working class people have less control over our bodies and our lives, we are easier to exploit.

Any justice appointed by the president wields extraordinarily tyrannical power over U.S. policy. And it is ultimately this power, not only her political views, that make Amy Coney Barrett dangerous.

Barrett’s nomination also raises questions about how we view the fight against oppression. It is interesting that the right-wing Trump administration, with its open hatred for marginalized people and history of deeply misogynistic remarks, would nominate a female justice to the court.

Without a doubt, this is a sign that attitudes toward women have changed greatly in recent decades.  Over the past century, women have gained many legal rights and privileges that once were only available to men. This progress didn’t come easily.  It was achieved through bitter class struggle and mass movements of the working class and oppressed people fighting for civil rights and gender equality.

Liberal feminists often say that putting women in positions of power will benefit women as a whole, assuming powerful women act in the interest of their gender. They use the metaphor of “smashing the glass ceiling.”  But this is a fundamental misrepresentation of how capitalism works. Liberal feminism denies the role of class struggle, believing that progress comes from the wise decisions of benevolent elected (or unelected, in the case of the Supreme Court) leadership. Rather, throughout history, change has been made because of struggle.

Liberal feminism also reduces oppression to a “battle of the sexes,” assuming all people of the same gender have common interests, and it ignores class oppression altogether. It ignores the clear evidence that although women have ascended to the highest positions of power, working class women are still hyper-exploited in the workplace as well as fighting for basic rights — like the right to an abortion or to live in a home free of violence.

Amy Coney Barret is a member of the ruling class. Her job as a judge is to protect the status quo and the interests of capital, which includes the hyper-exploitation of working class people and especially working class women. Capitalism benefits from micromanaging working people’s bodies and behavior.   The right-wing of the ruling class is especially shameless and draconian in this quest for control — especially control over our most basic reproductive choices. Though Barrett is a woman, and a person with a uterus, she has every incentive to restrict women’s rights and reproductive rights.

Liberal identity politics, including liberal feminism, is the fight to create a perfect meritocracy, where people of all races, genders, cultures, and sexualities, have an equal chance of climbing to the top of the capitalist hierarchy. But, as socialists, we want much more than representation. We want equality and much more. We want liberation.

We can’t end oppression just by allowing some individuals from marginalized groups to have their turn being the oppressor. We socialists do not want a “fair” hierarchy, we want to tear hierarchies down.  This includes the hierarchical structures and institutions that govern our society, including long standing and respected institutions like the U.S. Supreme Court.

The Supreme Court is an inherently undemocratic institution, founded to protect the interests of the ruling class, not the rights of working people. Supreme Court justices are unelected, cannot be subjected to recall, and have no obligation to respond to the wants and needs of the working class. Appointing judges from marginalized groups will not make the court less tyrannical, nor will appointing judges with “progressive” politics. Amy Coney Barrett is dangerous, but only because a reactionary constitution gives her the power to be.

We need a new form of government, one where all officials are democratically elected, subject to potential recall at any time, and forbidden from taking excessive pay and perks. But a truly democratic government also requires a truly democratic economy.  As long as capitalism exists, the wealthy elites will use their power to shut working people out of the political process. Only socialism — a complete overthrow of the capitalist class — can bring true democracy.