Repression in Sudan: 119 Arrested at Teachers Demonstration Against the Coup

On Sunday, 119 protesters were arrested by the military at a demonstration of thousands outside the Ministry of Education building in Khartoum. They were demanding the ouster of newly appointed education officials who are close to the former Sudanese dictator. 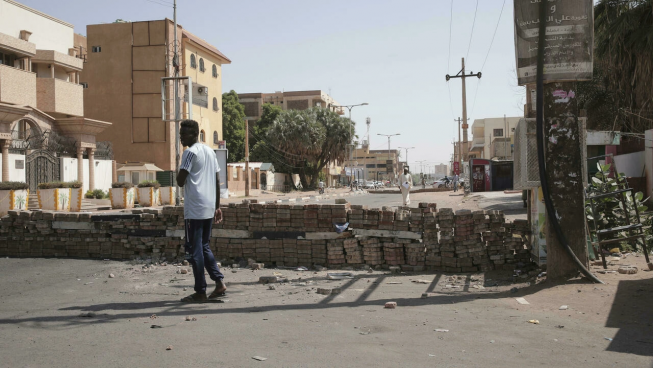 Massive civilian protests have become a feature in Sudan since the military coup that took place in Sudan on October 25 — and they’ve been violently repressed. Several people have been killed, and about a hundred have been injured from live ammunition and tear gas.

Despite the fierce repression, the mobilizations have continued. A call from the Sudanese Professional Association for a general strike got a positive response from sectors that have been mobilized from the beginning, including doctors, lawyers, and teachers. On Sunday, November 7, with the internet cut off throughout the country, dozens of barricades were set up. In the capital, Khartoum, thousands of teachers demonstrated in front of the Ministry of Education against the appointment of the new head of the national education body, who is said to be close to Omar al-Bashir, the country’s former dictator.

As with earlier demonstrations, this one in the capital was fiercely repressed. “The teachers’ union said 87 teachers were arrested and one teacher had her leg broken as the crowd was being dispersed. Several activists from the resistance committees were also arrested. In total, the police and the intelligence services are said to have arrested at least 119 people,” wrote the RFI correspondent, who also reported that tear gas and even live ammunition were being used in some neighborhoods.

The Sudanese people face difficult challenges to organizing since the military coup because social media sites have been shut down. Meanwhile, the military has arrested hundreds. Nevertheless, workers, women, and youth who spent years struggling against the dictator al-Bashir continue to show tremendous determination despite the repression.

First published in French on November 8 in Révolution Permanente.