A new bill proposed by the GOP attempts to revise H-2A visas and make massive cuts to salaries, workers’ right to housing, and other rights. 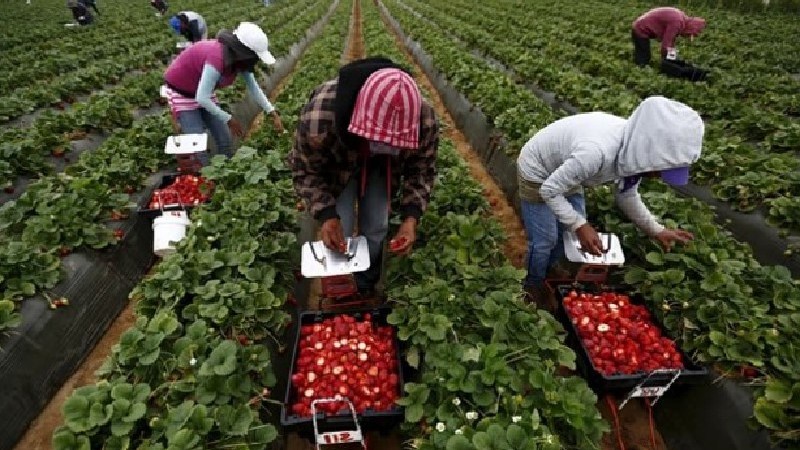 Representative Bob Goodlatte (R-Va), Chairman of the House Judiciary Committee, has presented the Agricultural Guestworkers Act in an attempt to reform the system that regulates the H-2A visa for agricultural workers. This will also affect H-2B visas issued to temporary non-agricultural workers. A total of more than 132 thousand workers will be affected.

The bill includes dramatic salary cuts, the elimination of the employer’s obligation to pay for worker’s housing, and workers’ right to sue their bosses. It was approved last Wednesday by the House Judiciary Committee in a vote of 17 to 16 and will now be sent to the House and the Senate.

The new H-2C visa, the proposed replacement for the H-2A, would extend the number of visas granted from 66 thousand to 450 thousand. Libertarian groups who have long decried government intervention in “the free market,” such as the CATO Institute and the Immigration Center for Global Liberty, have backed the bill.

Democrats in the House, however, have come out against the bill, saying they have been fighting for a version of immigration reform that offers permanent-resident status for at least some farm workers and that this bill is actually worse than prior proposals. Indeed, it does allow employers to exploit workers with the new visa by removing them from the protections of the Fair Labor Standards Act.

John Conyers Jr., House Judiciary Committee Ranking Member, points out that “the current wage system for farmworkers — the ‘Adverse Effect Wage Rate’ — [has] a wage floor of 115% of the Federal minimum wage — or $8.34 an hour,” but that the new legislation, “will result in wage decreases of up to $5.00 per hour for farmworkers in certain parts of the country.”

The farming fields of the U.S. are seen as the only option by thousands of unemployed Mexicans and Central Americans who are unable to find a job in their home countries and are forced by their lack of employment and poor living conditions to emigrate. It’s hardly a secret that that life is hell in the fields, with 12-hour workdays and deaths due to working conditions.

The GOP wants to pass the Agricultural Guestworkers Act and take advantage of the need for farming jobs because it will allow them to expand low-cost production at the expense of the workers. The changes allow employers to pay poverty wages and remove worker protections, relying on the fact that the increase in competition will create a surplus labor force that will make workers more easily replaceable.

The bosses already exploit the most impoverished workers of countries south of the border through poverty wages even as they make millions in profits. They are now trying to take advantage of a reactionary political environment and the criminalization faced by migrant workers. These opportunities, incited by Trump, have encouraged them to propose a bill with the sole aim of multiplying their profits at the cost of workers’ lives.