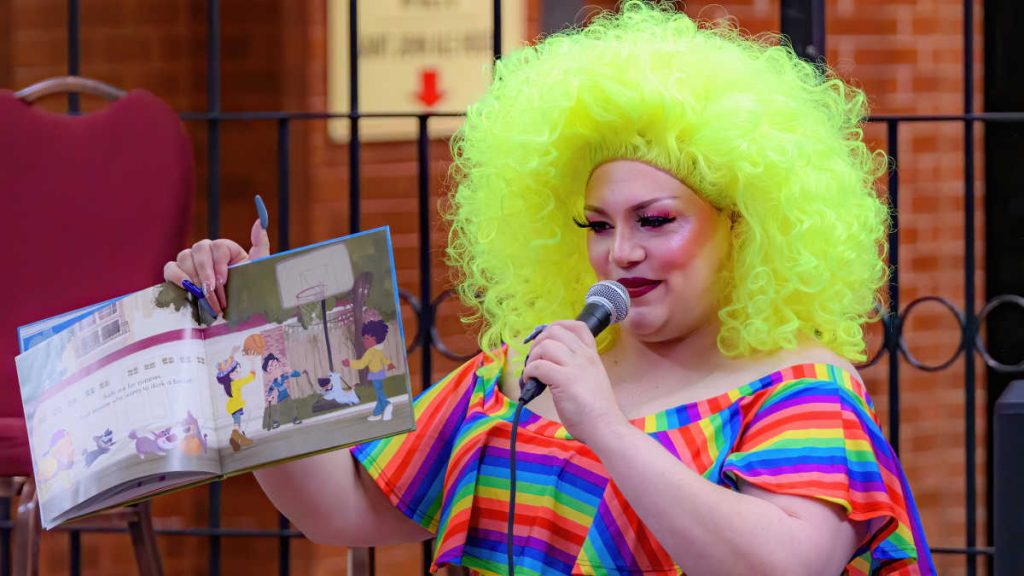 At around 7:00 p.m. on June 6, New York conservative commentator and prolific Twitter user Greg Kelly posted an audio snippet of a call he made to the North Texas Crime Commission ranting about what he described as a “horrible video” depicting behavior which he deemed to be “incredibly inappropriate, and probably criminal.” The video in question was of a Dallas drag show inviting kids to dance on stage with performers. Kelly’s revulsion to the video is hardly unexpected, as conservative pundits and lawmakers across the country have been stepping up their virulently homophobic and transphobic rhetoric.

This uptick in dangerously bigoted attitudes towards the LGBTQ+ community comes as theSupreme Court is poised to overturn Roe v. Wade, a move which will have ramifications not just for abortion rights, but for the right to bodily autonomy and privacy. Activists are pointing to the ways in which this decision could open the door for legislators to re-criminalize same-sex marriage, exacerbate the repression of trans people seeking gender affirming medical care, and continue to control the bodies of the working people who will face the most severe consequences of these actions.

Earlier that day, Texas House Representative and self-proclaimed “Defender of Liberty” Bryan Slaton released a statement explicitly condemning drag performances in his state, and calling for an outright ban on the practice. Slaton went even further, writing in his statement that “protecting our own children isn’t enough, and our responsibility as lawmakers extends to the sexualization that is happening across Texas.”

The precise wording of this proposed legislation has yet to be made public, but Slaton’s statement paints a disturbing picture. How, exactly, would such a ban be phrased? Conservative legislators could use this opportunity, as they often do, to criminalize not just the practice of drag and force it underground, but to criminalize queer, and to a greater extent trans, people in their entirety — even those who aren’t involved in drag. Indeed, the statement continues by saying, “Representative Slaton has already announced that he will continue his fight to make sex change therapies on minors ‘child abuse.’” Imprecise language in these kinds of bills are ruthlessly exploited by bad actors to control those whose identities they consider offensive to their rigid traditional values.

Queer rights are currently the primary front in the seemingly never-ending culture war. Conservatives — and until relatively recently, liberals as well — have waged a crusade against the LGBTQ+ community since the founding of this country, but this fire has been rekindled in recent years. Pearl-clutching right-wing demagogues decry the downfall of western civilization and the corruption of our youth at the transgender people’s reasonable request to have their gender identities validated, which necesitates material advancements and the protection of their rights. These rights are currently under direct siege, and include things like access to healthcare and the freedom to use any bathroom they please without fear of retaliation.

In retaliation against this perceived assault on American values, predominantly Republican lawmakers have proposed all manner of legislation seeking to dehumanize and criminalize trans people. This comes in the form of everything from allegations of abuse levied at the parents of transgender children, to the tried and true attacks on transgender athletes by way of invasive “genital exams” (a practice intended to be performed on the children they claim to be protecting.)

The disproportionate attention centered on these so-called culture war wedge issues comes at a time of multiple crises. Real, tangible issues facing the American working class — an epidemic of bigoted violence across the country, the visible effects of climate change, reactionary legislation to criminalize queer people — are cast aside in favor of mind-numbing moral panic around which the right wing can rally its base.

There’s no mistaking that queer issues are of vital imporance to workers: legislation rooted transphobic and homophobic bigotry directly impacts queer people who represent a significant portion of the working class. What distracts from these issues is a hyperfixation from the right on “groomers” and erroneous accusations of oversexualization. Again and again, we see legislators ignore the demands of their constituents to enact policy which actually represents their interests, and instead fixate on scapegoats in the form of whichever issue they deem to be corrosive to the moral fiber of the United States in that moment.

While the likelihood of legislation like Slaton’s passing remains unclear at the time of writing, the popularity of his sentiments serve as an unsettling reminder that the increasingly powerful Right in this country has a bigoted and repressive agenda on which it is dangerously capable of mobilizing. His rhetoric, and that of his colleagues like Marjorie Taylor Greene and alleged minor sex trafficker Matt Gaetz, have real sway among their base. Rhetoric like this emboldens angered and violent right wing extremists to take action against those who they fear to be a threat to the established order, and legislation will, if unchecked, protect them. These lawmakers will not stop at banning drag shows, which is already a remarkably bold move, and the passing of bills like these will undoubtedly open the floodgates for more and more explicit attacks against LGBTQ+ people across the country. As with any crisis of this nature, we cannot rely on our elected officials alone to intervene and prevent these harmful laws from being passed. After all, Democrats need a platform to run on, and as we’ve seen with the right-wing attacks on abortion, they are more than happy to let reactionary policy slide if it means that they can campaign on the promise to fix it later down the line. Fighting legislation like this demands a massive, coordinated effort from working people to ensure that our rights are protected. Mass movements which first secured victories like Roe v. Wade and the legalization of same sex marriage, and it will take the same energy to prevent their destruction.