From July 3 to 8, the Revolutionary Internationalist Summer Academy will take for the second time. The online newspapers of the Left Voice / La Izquierda Diario network in Europe, as well as international socialist women’s organization Bread and Roses, invite all those who struggle against exploitation and oppression to Aveyron in Southern France. 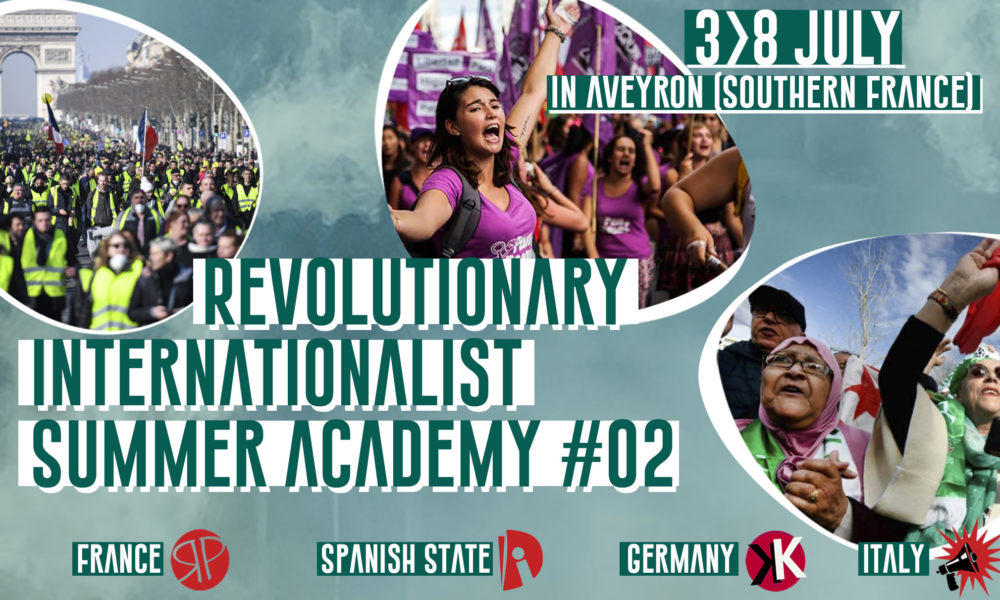 At a time marked by various phenomena of class struggle around the world, the second Revolutionary Internationalist Summer Academy will provide an opportunity for internationalist convergence, reflection and debate with young students and workers from different European countries. From the Yellow Vest movement to the struggle for Catalonia’s independence, from the Algerian Spring against Bouteflika to the emergence of a new international wave of feminism, these five days of exchange offer the opportunity to take stock of the situation and discuss the tasks of all those who are engaged in the struggle against the capitalist system, the political regimes in its service and all forms of exploitation and oppression.

To this end, we have booked an entire campsite in a nature reserve in the heart of Aveyron in Southern France with numerous amenities: Rooms for 4 or 6 people with private bathrooms, all meals included, cultural and sporting activities, entertainment for children. All this is available at an income-based rate according to the principle of solidarity, which enables young people and precariously employed workers to participate.

Prices for 5 days including all meals (travel not included), with arrival in the afternoon/evening of July 3 and departure on July 8 in the morning/afternoon:

The complete program will be online soon.