With less than a month until the midterm elections in Argentina, the center-left government is pivoting to the right. An anti-abortion politician was just named head of the cabinet. The only political force that defends the right to abortion is the Workers Left Front – Unity (FIT–U). 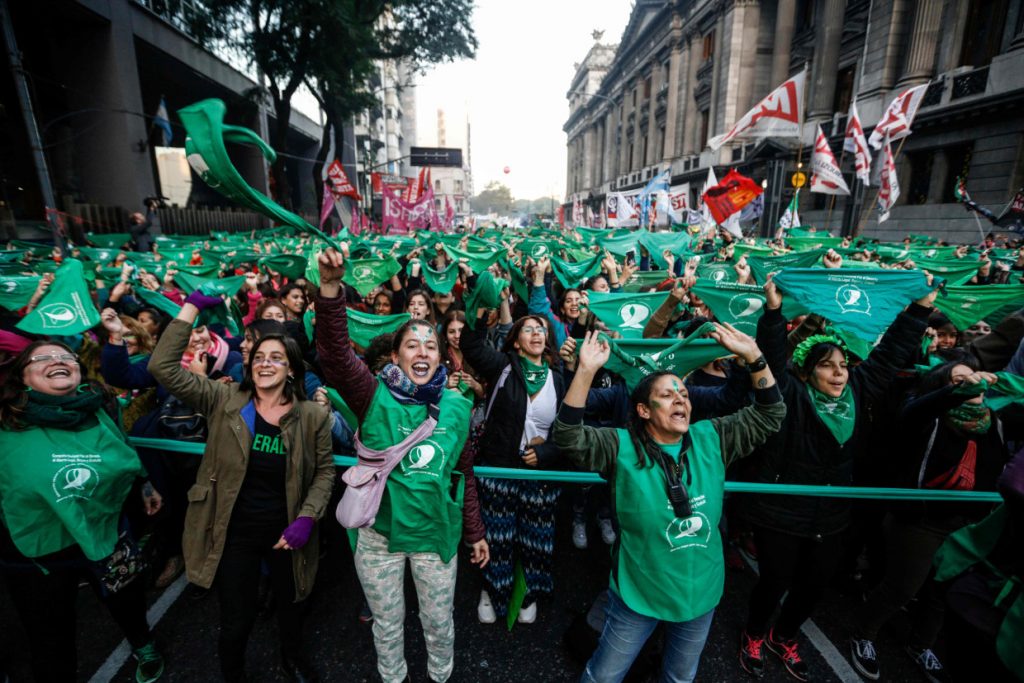 The feminist movement in Argentina fought for decades to win the right to legal, safe, and free abortions. In the final days of 2020, abortion was finally legalized by the Argentinian congress. The procedure can now be obtained in hospitals until 14 weeks of gestation. The center-left government of Alberto Fernández claims credit for this milestone in women’s rights. Many institutional feminists have taken government jobs, and with midterm elections set for November 14, are campaigning for Fernández’s Frente de Todes (Front of All).

Since his party suffered a defeat in primary elections on September 12, Fernández has pivoted to the right and named Juan Luis Manzur as head of the cabinet. Manzur once served as Health Minister under Cristina Kirchner (the current vice president), and later as governor of the province of Tucumán in Argentina’s far north. Manzur is a member of the far-right Catholic sect Opus Dei and a fierce opponent of women’s right to self-determination. In 2019 in Tucumán, when an 11-year-old girl who had been raped sought an abortion, Manzur’s officials forced her to deliver a baby against her will.

The supposedly “feminist” Fernández is not only trying to shore up support with governors from the right wing of Peronism. His reforms have important loopholes. The abortion law still allows doctors (such as Manzur himself, who is a surgeon) to be “conscientious objectors,” meaning that many women have a “right” to an abortion yet still cannot obtain one.

So, paradoxically, a sector of the feminist movement in Argentina will be out campaigning for rabidly anti-choice politicians. Fernández’s coalition, they believe, represents a “lesser evil” compared to the right-wing coalition led by former president Mauricio Macri, who would attack women’s rights even more viciously.

Yet there is an alternative to these two patriarchal bourgeois projects. The third political force in Argentina is the Workers Left Front – Unity (FIT–U), which received more than 1 million votes (or 5 percent of votes nationally) in the primaries. The four socialist organizations that make up the FIT–U have been fighting for the right to abortion for decades. Their flags and banners filled the front rows of the protests when the law was finally passed.

Feminist campaign ad of the FIT-U, with Myriam Bregman

While for more than a decade Kirchner and Fernández refused to take any steps toward legalizing abortion, the organizations that make up the FIT–U were fighting as part of the “Green Wave,” the massive feminist movement. The front’s representatives in congress were introducing bills and consistently voting in favor of abortion rights. Since it was founded a decade ago, the FIT–U has campaigned for comprehensive sex education in schools as well as the complete separation of church and state. They do not hope to win these demands in elections — rather, the use their seats in congress to help build an independent feminist movement.

To win not only equality before the law, but also equality in all aspects of life, Argentina’s revolutionary socialists combine feminist and socialist demands. For example, when poor families occupied land in Guernica, it was mostly women who were trying to get housing for their families. Politicians from Fernández’s party ordered a violent eviction so that a golf course could be built. The FIT representatives, meanwhile, were in the front lines of those fighting back against the police. Similarly, when factory workers at the PepsiCo plant in Buenos Aires went on strike four years ago, the workers’ leaders had connections with the FIT–U, and the front’s members of congress joined the protests — and were hit by rubber bullets alongside the strikers.

The Workers Left Front includes the socialist women’s movement Pan y Rosas (Bread and Roses) which fights for the demands of women workers: for women’s commissions in workplaces, for free daycare for all, and for equal pay. But the FIT-U is not just about winning reforms — its program calls for a government of working people, based on mobilization and self-organization. Eliminating capitalism would destroy the material basis for all forms of oppression and discrimination.