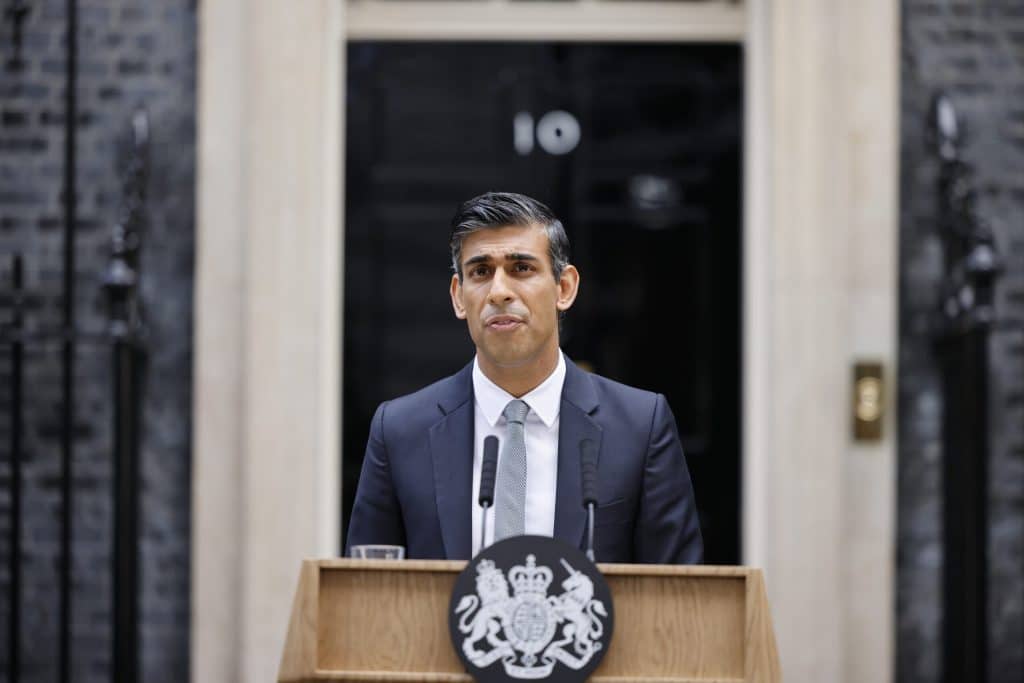 The United Kingdom has a new prime minister, its third in just two months. On October 25, King Charles III appointed Rishi Sunak, the new leader of the Conservative Party, to form a  government. Sunak’s predecessor, Liz Truss, who replaced Boris Johnson after he resigned, was in office for a mere 44 days, making her the shortest-serving prime minister in British history. In that time, however, she caused a financial shock that brought the British economy, and perhaps the world, to the brink of a crisis of similar dimensions to that of 2008. A billion-dollar bailout by the Bank of England narrowly averted this ominous possibility.

Truss, an admirer (and imitator) of Margaret Thatcher, applied the libertarian-neoliberal dogma of the “small state” without nuance: apart from reinforcing anti-union laws, her only act of government was to propose a very generous tax cut for the rich — for individuals and corporations — which would have considerably increased government debt and raised further concerns about inflation. This act of faith in the “free market” was mercilessly rejected by these same markets, which sank the pound and government bonds to all-time lows and nearly bankrupted pension funds.

As a result of this disastrous policy, Truss fired her finance minister and closest ally, Kwasi Kwarteng — another believer in the magic of “supply side” policies, or the mantra that lowering taxes on the rich encourages investment and leads to growth. Kwarteng was replaced by Jeremy Hunt, who rolled back the tax cut and announced an orthodox austerity plan of fiscal discipline and public spending cuts.

With the arrival of Rishi Sunak at 10 Downing Street, the Conservative Party establishment seems to have regained control, having contained the right-wing populist sector of the party embodied by the likes of Boris Johnson.

While Sunak joined Boris Johnson in the pro-Brexit faction in 2016, unlike the broad Conservative base that voted “Leave,” Sunak’s own history puts him on the “winning” side of globalization. This former banker of immigrant parents and of Indian origin — the first person of color to serve as prime minister — paints himself as a success story of “meritocracy.” Together with his wife, he has a fortune estimated at over $800 million, larger than that possessed by any other Member of Parliament and the royal family itself.

Some “progressive” neoliberals are saying that Sunak’s appointment signals that the United Kingdom is experiencing its own “Obama moment.” Focusing on his background and youth, they take  Sunak’s inauguration as a sign that racism, so typical of the Conservative Party and other extreme right-wing political expressions, is on the decline. Even India’s prime minister, nationalist Narendra Modi, welcomed his appointment.

Looking beyond his background, however, it is clear that Sunak’s agenda is deeply xenophobic and anti-immigrant. Paradoxically, he is setting out to rescue a party of the ruling class and the decaying British empire.

Sunak will try to regain the confidence of the capitalists and show that the Conservative Party will be able to pull the United Kingdom out of the stagflationary situation in which it finds itself, at the expense of the workers and popular sectors that have been rising up. For now at least, the markets have given him their approval. His appointment has also been welcomed by the leaders of the “extreme center” of the European Union. Checked by the rise of the extreme nationalist Right and by tensions exacerbated by the war in Ukraine; these leaders see in Sunak a “reasonable” conservative, although they obviously take for granted that Brexit is here to stay.

The new prime minister has already warned that there are “difficult decisions to come,” hinting at cuts in public spending. Internally, he will try to hegemonize the different fractions of the Tories and lead the party, at the very least, to a respectable end to its control of Parliament, crafting an austerity plan that restores the credibility of the establishment.

Legally, he is not obliged to call a general election until two years from now. Nevertheless, his “democratic” legitimacy is nil. The Conservative majority in Parliament that anointed him prime minister was elected in 2019 on the basis of Boris Johnson’s “right-wing populist” program that promised public spending and state intervention. While Liz Truss was named prime minister on the votes of a mere 140,000 Conservative party affiliates and contributors, Sunak was voted for by only some 200 Conservative party MPs. This is already a very flimsy basis for implementing austerity in a climate of growing discontent, anger, and class struggle, especially as inflation eats into wages and social benefits.

For its part, the Labor Party, under the leadership of Keir Starmer (an heir to Tony Blair), works for the stability of the bourgeois regime and hopes to win the next elections. In this context, several unions — those of the post office, and university faculty — are already planning to welcome Sunak to his new position with strikes and mobilizations, on top of other significant working class actions, such as that of transport workers. In these times of crisis of authority within the bourgeois regime, this is what the workers must do: give them no peace.

Originally published in Spanish on October 25, 2022 in La Izquierda Diario.