RNC Day 1: A Spectre is Haunting the Republican National Convention

The first day of the Republican National Convention was defined by both red-baiting and race-baiting as Republicans strengthened their appeal to the most reactionary elements of their base while also appealing to the suburban middle class. 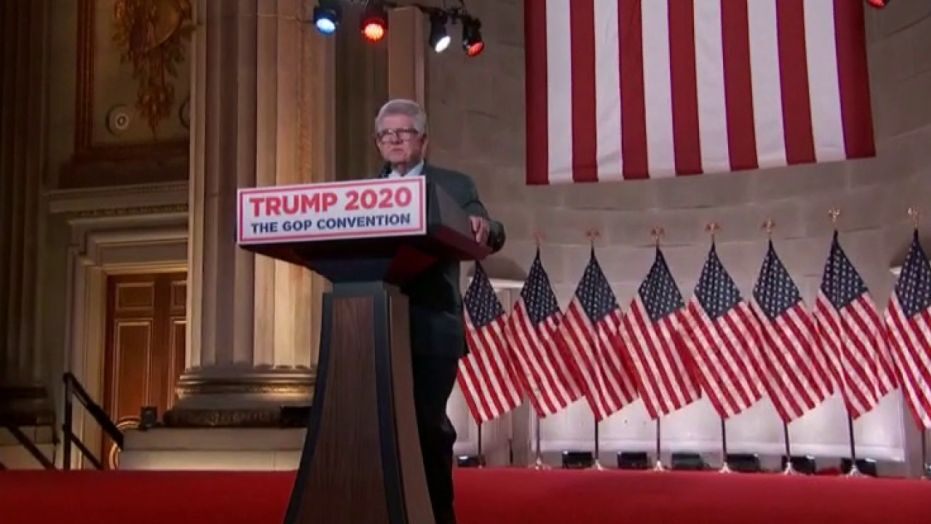 A spectre was haunting the first night of the Republican National Convention (RNC) — the spectre of communism. All the powers of the Trump base entered into a holy alliance to exorcise this spectre. From military veterans, elected congressmen, small business owners, Fox News hosts, Republican rising stars, and one overwrought speech from a Cuban immigrant, the speakers on the first night of the RNC focused their assault on this spectre.

If one were to take the Republicans at their word, you would think that socialist revolution was right around the corner. Indeed, their description of Joe Biden and Kamala Harris as die-hard Marxist revolutionaries was a peek into an alternate reality that many of us wish we were living in. The power of the Left in the U.S. was overstated in the extreme at the RNC to the point that it was completely divorced from reality, such as claims that the “radical left” had taken over the Democratic Party. This is of course ridiculous, given that the Democrats are and always will be firmly in the hands of big capital, and that Biden was able to defeat the progressive wing of the party and win the nomination.

This strategy of red-baiting demonstrates that Republicans are explicitly running against social programs, such as universal health care. While this is not unusual, and the Republicans have never been friends to social programs, it is important that in the midst of a pandemic and economic crisis, the Republicans have doubled and tripled down on rejecting government programs as a means of resolving the crisis. It seems likely that if Trump were to be re-elected, we would see a continuation of the rejection of governmental programs as well as an increase in privatization. In the midst of a pandemic, the Republicans are putting forward a program that would engender more attacks on the working class and degrade living and working conditions, which would disproportionately impact workers of color. A key signal of this plan was the frequent reference to school choice — another word for privatization and union-busting — as a key element of Trump’s platform.

Red-baiting was not the only tactic the speakers took up, however. Race-baiting and fear mongering were also key tactics, as speakers both paid empty lip service to the death of George Floyd while also blaming the Black Lives Matter movement for the destabilization of the current moment. Nikki Haley, in her speech, went so far as to say that “America is not a racist country.” This is representative of a fundamental belief of the Republican Party, expressed not just by Haley but also by Tim Scott and other speakers: racism has been pretty much solved, except for a couple of bad apples, and now these Marxist-Anarchist-Democrats on the streets have made everything worse with their cancel culture and protests.

Interestingly, the RNC trotted out several people of color to explain how, actually, Trump is on the side of Black people, just not those “anarchists” wreaking havoc on the streets. Several Black speakers talked about Biden’s abysmal record on race as justification for claims that Trump is actually the one who supports the Black community. This attempt to show, against all evidence, that Trump is not racist and is on the side of the Black community is a clear attempt to sooth the conscience of suburban voters who might vote Republican. Trump is attempting to speak to voters who don’t think of themselves as racist but still don’t want the protests in the streets to “go too far.” To a lesser degree, the Republicans are also making a cynical attempt to appeal to a sector of the Black community that has seen through the Democrats’ pretensions at being the party of the oppressed, as well as a reactionary sector of the Black bourgeoisie.

Speaker after speaker brought up the “violence,” “destruction,” and “anarchy” in cities as a reason to support Donald Trump. The message was clear (and made explicit by Charlie Kirk): Donald Trump will defend “Western civilization” from the movement for Black liberation. At times, the dog whistles were deafening.

The most explicit example of this race-baiting was with the McCloskey couple, who had previously made headlines for brandishing guns at Black Lives Matter protesters. In their speech at the RNC, they defended their actions as “self-defense.” They went further and argued, “What you saw happen to us could just as easily happen to any of you who are watching from quiet neighborhoods around our country.” The obvious use of “quiet” as a euphemism for “white” should not go unnoticed.

However, in perhaps the most revealing section of their speech, the couple said that Joe Biden and Democrats wanted to “abolish the suburbs.” This claim is of course preposterous, but it was an interesting moment of saying the quiet part out loud. The Republicans are painting the Democrats, the Black Lives Matter movement, and the growing movement for socialism as an inherent threat to so-called “white culture” in the U.S.

To any activist who has been on the streets in a major city, this accusation is beyond laughable. It was, after all, in most cities the Democrats who deployed tear gas, rubber bullets, and the National Guard to put down protests. Certainly, Democrats were no greater friend to the movement than Republicans.

Giving the Democrats more credit than they deserve was a theme of the RNC. For example, the race to see who can be the most xenophobic towards China continued on Monday, with multiple speakers arguing that Biden would be soft on China — contrasting with Biden’s identical accusation of Trump. In a moment where tensions between China and the U.S. continue to rise, it is incredibly dangerous and telling that both Biden and Trump seemed to be locked in an arms race about who can be the “toughest” on China.

There is a reason that speakers at the RNC kept coming back to the “riots” on the streets, as well as red-baiting so explicitly: they want to win over sectors of the white middle class who are in danger of defecting to Biden. To do so, they are choosing to paint the Democrats as the party of riots and revolution and the Republicans as the party of stability, progress, and law and order. Both capitalist parties are responding to the current capitalists crisis but polarizing the rhetoric in an attempt to cover up the lack of actual differences between them. In this, it is interesting that both parties are to a certain extent presenting themselves as the “lesser evil.” For Democrats, they are presenting themselves as the last line of defense against fascism. For the Republicans, they are claiming that they are the last defense against communism. As an example,  a Cuban immigrant who spoke at the RNC compared Biden to Fidel Castro. In both parties’ attempts to raise the stakes of the election to a matter of life or death, it’s clear that the two capitalist parties are fighting against growing disillusionment with their leadership and struggling to retain their balance in the middle of a worsening social and economic crisis.

The truth of the matter is that the two parties share a great deal of political agreement, despite the very polarizing rhetoric. Both Biden and Trump strongly oppose Medicare for All, both men oppose defunding the police, both support “school choice,” both seem to be in a race to see who can be the most anti-China, and both have no solutions for the current crisis other than forcing the working class to pay for it.

Trump and the Republican Party continue to cater to Trump’s base of the racist far-Right. Both through their constant fear-mongering about the Black Lives Matter movement and their continuous red-baiting, they are attempting to establish themselves as the party of a certain type of reactionary. If the first night of the RNC is any indication, the coming election is going to get nastier, increasingly right-wing, and an even clearer case of why the working class needs a party of our own.