The second night of the Republican National Convention was designed to shore up support among right-wing Christian and evangelical Republicans. 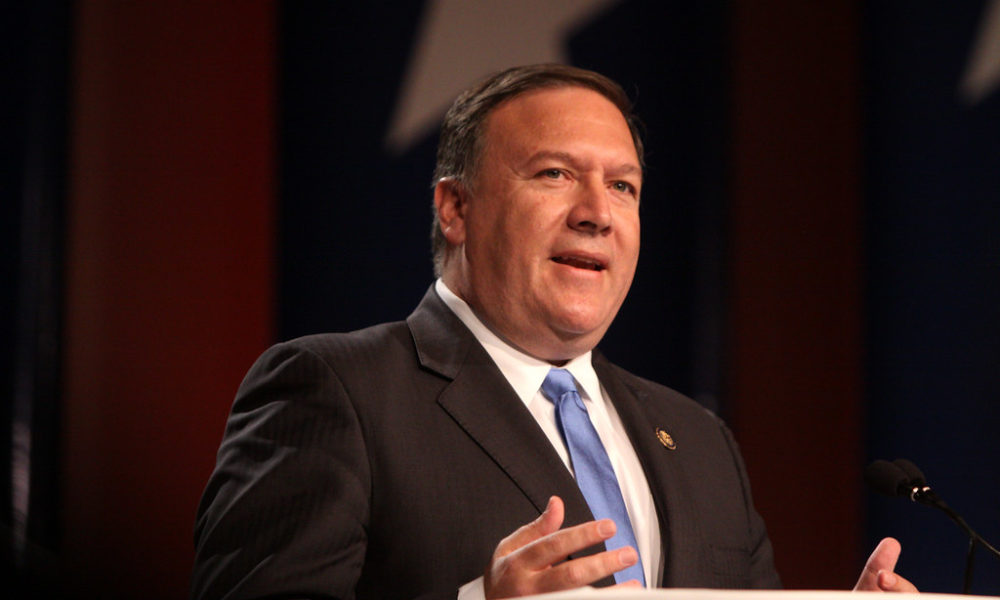 The second night of the Republican National Convention (RNC), like the first, was filled to the brim with red-baiting, racism, and nepotism. The speakers heaped a constant stream of praise on President Trump, thanking him for everything from lobster-fishing to the military. The spectacle even included a live naturalization ceremony as well as a presidential pardon. However, whereas the target audience on the first night of the RNC was Trump’s far-right base and suburban voters, the second night was a clear attempt by the Trump campaign to shore up support among the religious right.

Seemingly every speaker mentioned “unborn children,” the right to life, and Democrats’ alleged support for distributing “abortion-inducing drugs.” Abby Johnson, a former Planned Parenthood clinic director turned anti-abortion activist, told a graphic story about seeing a room of “pieces of children” and witnessing a baby fighting for his life during her time at Planned Parenthood, where employees allegedly had “abortion quotas.” An Albuquerque police officer described discovering a pregnant drug-user and asking her if she knew that she was harming her unborn child. Even a Maine lobsterman found a way to mention the right to life, immediately before mentioning his gratitude to Trump for moving the U.S. embassy from Tel Aviv to Jerusalem. These speakers were meant to show right-wing voters that Trump will continue to attack the right to choose, and is an ally of the pro-life movement.

Two Trump administration officials were also carefully picked to court right-wing Christian voters, particularly evangelicals. Secretary of State Mike Pompeo addressed the audience live from Jerusalem, calling it the “City of God” and quoting scripture. The speech and deliberate backdrop was consistent with the U.S.’s oppression of Palestinians and support for the Israeli government’s annexation of Palestinian land. In particular, in keeping with the theme of the evening, Pompeo’s speech was a nod to right-wing Christian Zionists who have applauded the Trump administration’s vocal, unequivocal support for the Israeli government and the relocation of the embassy to Jerusalem.

Vice President Mike Pence — extremely popular among conservative Christian Republicans and seen as giving “evangelical credibility” to the Trump administration — also appeared in a segment talking to Americans whose lives had been changed by Donald Trump, calling him a man of faith. The evening’s speakers were sending a clear message to the audience: Trump is the candidate of the religious right.

The second night of the RNC also demonstrated the ease with which Republicans can and will poke holes in the idea that Biden is a champion of the Black community. Kentucky Senator Rand Paul criticized the 1994 Crime Bill, which Biden played a central role in crafting and championing and which helped usher in an era of mass-incarceration. Speaking on the heels of Jon Ponder, a Black man whom Trump pardoned during the convention, Senator Paul said that the bill “wreaks havoc on communities of color.” Paul also brought up Biden’s pro-war record, his vote for the Iraq War, and his support for other U.S. military interventions. This is interesting because it shows a continuation of the Republicans’ double bluff: on one hand, they want their base to believe that Donald Trump is the natural successor to George W. Bush’s conservatism. On the other hand, by invoking Biden’s dismal record on issues such as racial justice and military intervention, they are arguing that Trump’s policies benefit the Black community more than Biden, that Trump is not a racist, and that Biden is a hypocrite. In doing so, rather than hoping to win Black votes, Republicans hope to soothe the conscience of the suburban white voters they hope to win over in time for the election.

Likewise, other speakers mentioned Biden’s lifelong support for trade deals like NAFTA and other economic policies that have harmed the working class. Biden was described as “a career politician,” detached from the concerns of everyday Americans. Kentucky Attorney General Daniel Cameron even mentioned Biden’s “You ain’t Black” comment this spring. While many of these attacks on Biden are true, Donald Trump is also a racist, an imperialist, and an enemy of the working class. His and the RNC speakers’ attacks on Biden are laughably hypocritical.

One topic was conspicuously under-discussed during the evening: the coronavirus pandemic, which has led to nearly 180,000 deaths in the United States alone. Whereas the Democrats opted to cancel the in-person convention in Milwaukee, Republicans flocked to Charlotte, North Carolina, with speakers appearing live — and unmasked — at the podium. This is consistent with Trump, his administration, and his base downplaying the coronavirus. The night’s keynote speaker, Melania Trump, even appeared live from the White House rose garden in front of an unmasked audience.

At times, it felt like the RNC occurred in a parallel pandemic-free universe, with Melania Trump being the only speaker to speak at length about the coronavirus and sympathize with its victims. Between attacks on Joe Biden and overtures to religious voters, Trump supporters spoke about the Trump administration’s small business focus, the economy “roaring back again,” and the need to keep the American economy growing despite the current economic crisis converging with the pandemic. Far from speaking to the hardships that Americans are experiencing as a result of these crises, the Republicans at the RNC focused on animating Trump’s far-right base, red-baiting, and courting right-wing Christian voters.