Rosa Luxemburg addresses a rally in Stuttgart in 1907.

On this day in 1919, German communist leaders Rosa Luxemburg and Karl Liebknecht were murdered by soldiers of the Freikorps. Luxemburg was shot in the head by Freikorps soldiers and her body was thrown into Berlin’s Landwehr Canal.

Born in Poland in 1871, Luxemburg was a prolific writer on revolutionary strategy and Marxist philosophy. She was also an untiring activist against the war and in the struggles of the working class. She and Liebknecht broke with the Social Democratic Party (SPD) when it supported German involvement in World War I and became central leaders of the German revolution of 1918–19, which was ultimately crushed by Freikorps troops, under orders of Friedrich Ebert, the German Chancellor and SPD leader.

Rosa Luxemburg’s writings continue to inform and inspire revolutionaries around the world today.

In September 1919, Clara Zetkin (1857–1933) wrote the brief tribute to Luxemburg we republish below. Zetkin was an activist in the SPD who broke with the party in 1917 and joined the Spartacus League, the organization founded by Luxemburg and Liebknecht that became the Communist Party of Germany (KPD). She was a KPD member of the German parliament from 1920 to 1933. Also an activist and Marxist theorist, she is particularly well known for her writings on women’s rights.

Zetkin went into exile in the Soviet Union when Hitler and the Nazi Party took power in Germany in 1933. She died near Moscow, and her ashes were placed in the Kremlin Wall, near Red Square.

Rosa Luxemburg was a woman of indomitable will. Severe self-control put a curb upon the mettlesome ardor of her temperament, veiling it beneath an outwardly reserved and calm demeanor. Mistress of herself; she was able to lead others. Her delicate sensitiveness had to be shielded from external influences. Her apparent coldness and strict reserve were the screen behind which was hidden a life of tender and deep feeling; a wealth of sympathy which did not stop short at man, but embraced all living things, and encircled the world as one united whole. Once in a while Red Rosa, weary and worn with work, would turn out of her way to pick up a stray caterpillar and replace it upon its appropriate leaf. Her compassionate heart warmed to human suffering and grew more tender as the years went by. Always did she find time to lend a willing ear to those who needed advice and help; often did she joyfully give up her own pleasure in order to succor those who came to her in their need. A severe task-mistress to herself, she treated her friends with an instinctive indulgence; their woes and their troubles were more poignant to her than her own. As a friend she was a model of both loyalty and love, of self-effacement and gentle solicitude. With what rare qualities was she endowed, this “resolute fanatic”! How pregnant with thought and vivacity was her intercourse with intimates! Her natural reserve and dignity had taught her to suffer in silence. Nothing unworthy had any existence for her. Small and delicate in body, Rosa was, nevertheless, consumed with an energy which was unrivalled. She made the most remorseless demands upon her own powers of work, and she achieved positively astounding results. When it seemed that she must succumb to the exhaustion consequent upon her labors, she would embark upon another task demanding yet greater expenditure of vitality. Such endeavors were undertaken “in order to give myself a rest.” Rarely was heard on her lips the phrase, “I cannot”; more frequently were heard the words, “I must.” Her frail health and the unfavorable circumstances of her life did not lessen her vigor. Sorely tried by bodily infirmities, encompassed with difficulties, she remained true to herself. Her inward sense of freedom smoothed every obstacle from her path.

Comrade Mehring was right in affirming that Rosa Luxemburg was one of Marx’s most perspicuous and intelligent followers. Gifted with shrewdness and with complete independence of thought, she refused to accept any traditional formula on trust; she probed every idea, every fact, which thus acquired a special and personal value for her. She combined to a rare degree the power of logical deduction with an acute understanding of everyday life and its development. Her dauntless mind was not content merely to know Marx’s teaching and to elucidate the master’s doctrines. She undertook independent researches, and continued the work of creation which is the very essence of Marx’s spirit. She possessed a remarkable capacity for lucid exposition, and could always find the aptest words wherewith to express her thoughts in all their plentitude. Rosa Luxemburg was never satisfied with the insipid and dry theoretical disquisitions so dear to the heart of our erudite Socialists. Her speech was brilliantly simple; it sparkled with wit and was full of mordant humor; it seemed to be the incarnation of enthusiasm, and revealed the breadth of her culture and the superabundant wealth of her inner life. She was a splendid theoretician of scientific Socialism, but had nothing in common with the paltry pedants who cull their wisdom from a few scientific works. Her thirst for knowledge was insatiable. Her receptive mind, her intuitive understanding, turned to nature and to art as to a wellspring of happiness and moral perfection.

Socialism was for Rosa Luxemburg a dominating passion which absorbed her whole life, a passion at once intellectual and ethical. The passion consumed her and was transformed into creative work. This rare woman had but one ambition, one task in life — to prepare for the revolution which was to open the way to Socialism. Her greatest joy, her dream, was to live to see the revolution, to take her share in its struggles. Rosa Luxemburg gave to Socialism all she had to give; no words can ever express the strength of will, the disinterestedness, and the devotion, with which she served the cause. She offered up her life on the altar of Socialism, not alone in death, but in the long days of her labors, in the hours, the weeks and the years consecrated to the fight. Thus has she acquired the right to demand of others that they, too, shall sacrifice their all for Socialism — everything, life not excepted. She was the sword, she was the fire, of the revolution. Rosa Luxemburg will remain one of the greatest figures in the history of international Socialism.

Click on the links below to read more by and about Rosa Luxemburg:

Rosa Luxemburg at 150: No “Harmless Icon”

“My Third Christmas under Lock and Key”: A Letter by Rosa Luxemburg 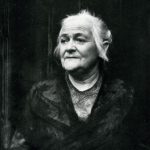