Police officers in Salt Lake City shot a 13-year-old boy with autism during a mental health crisis, leaving him in serious condition. This brutal case shows that the police cannot be reformed — they must be abolished. 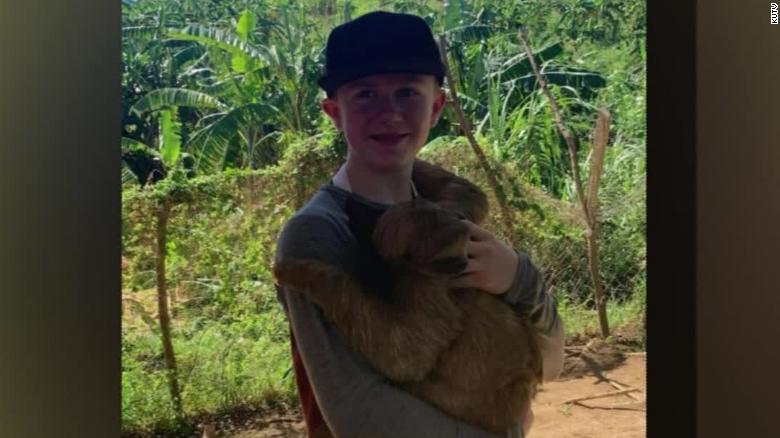 Police officers in Salt Lake City, Utah shot a 13-year-old boy who is on the Autism spectrum on Friday. Linden Cameron’s mother called the police to request help for her son who was experiencing a “mental breakdown,” but when they arrived, they shot him and left him seriously injured. This violent shooting shows yet again that this brutal system cannot be reformed. To protect children and neurodivergent people — indeed, for the protection of all people — the police must be abolished.

On Friday evening, Golda Barton called 911 to request help for her son, Linden Cameron, in the Glendale neighborhood of Salt Lake City. Cameron, who is on the Autism spectrum and suffers from separation anxiety, was experiencing a mental health crisis. His mother says she had returned to work that day for the first time in nearly a year and Cameron had struggled to cope.

Barton requested a crisis intervention team and help transporting her son to a hospital for treatment. She expected a team would be able to deescalate the situation with minimal force, and said on the phone that her son was unarmed. “He’s a kid trying to get attention,” she added, “He doesn’t know how to regulate.”

Police arrived around 10 pm, and Linden ran away from them. A few minutes later, his mother heard someone yell, “Get down on the ground,” followed by several gunshots. Cameron was given medical treatment on site by paramedics, and then taken to a local hospital, where he remains in serious condition. He is expected to recover, but will likely need multiple long-term treatments. The shooting caused nerve damage and injuries to his shoulder, ankles, and some internal organs.

Golda Barton slammed the police for their treatment of her son. “He’s a baby, he has mental health issues,” she said. She asked why less aggressive tactics were not used, such as tackling, rubber bullets, or tasering. It’s a telling question: No matter why the cops are called, we can reasonably expect at least some violence on their part.

The police cannot be reformed. They exist for repression; they are the explicitly violent arm of the state, and they will always behave violently. Even when dealing with children such as Tamir Rice, people with mental health issues such as Daniel Prude, or Linden Cameron, a neurodivergent child, the police act brutally and with impunity.

Cops absolutely cannot be counted on to respond to mental health crises. The only way to protect these individuals and prevent shootings and murders is to abolish the police, invest instead in providing the mental health services that have been drastically slashed in this country for decades, and fight for a society where people like Linden Cameron can get the help that they need — without risking death.