Sanders Attends Inauguration Instead of Protests

Bernie Sanders breaks with the 66 Democrats who refused to attend inauguration and with the thousands protesting in the streets in order to silently watch Trump be sworn in as President. 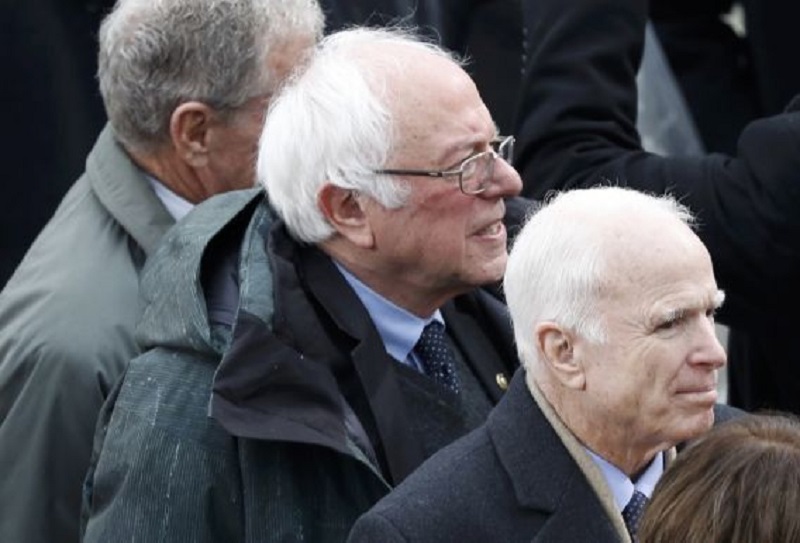 Sixty seven Democratic Congress members refused to attend the Trump inauguration after Trump’s incendiary remarks about civil rights leader and congressman John Lewis. One third of the Democrats in the House of Representatives skipped the ceremony.

Bernie Sanders, however, was in attendance.

Throughout the primaries, Sanders spoke out against Clinton, the Wall Street candidate. He later supported her because he considered Trump such a big danger to the country that he had no other choice. Yet, today, he did not join the 66 Democrats protesting Trump’s inauguration and attended, silently watching Trump become the next President of the United States. He did not join the thousands in the streets of Washington DC protesting Trump and all that he represents.