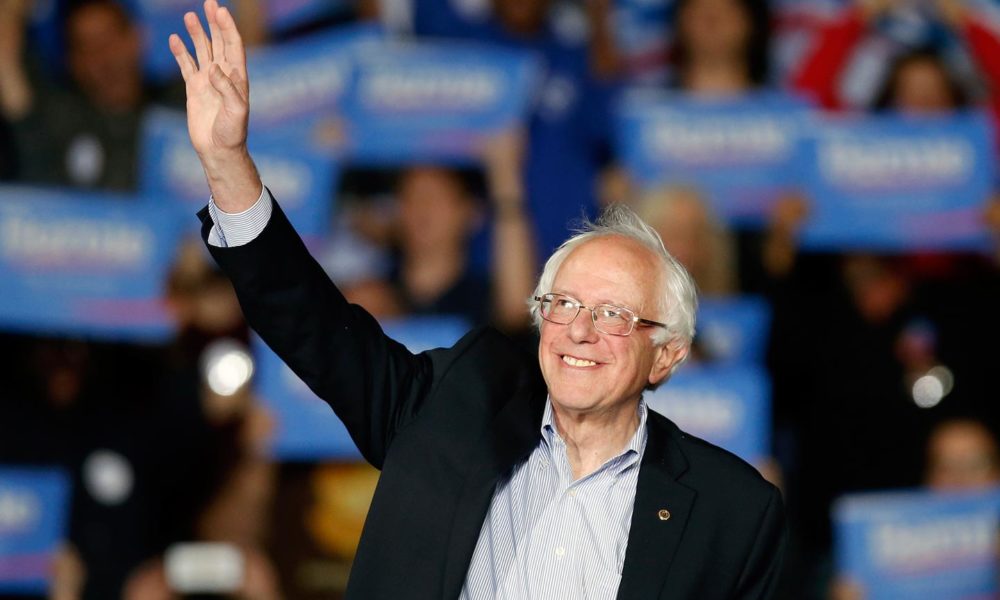 Entrance polls show that Sanders garnered support among a vast array of voters, men and women, with and without college education, white and non-white. Sanders polls particularly well among Latinxs and, in contrast to his 2016 run, he now has considerable support from Black voters. In contrast to Iowa and New Hampshire, Nevada’s more diverse population is more representative of the rest of the United States. The results last night confirm that Sanders has been able to build a diverse and powerful coalition that can not only sweep the primaries and get him the nomination but also present a strong challenge to Donald Trump. But in order to do that, he will have to dodge the many obstacles the Democratic establishment is ready to throw his way.

Sanders’s big win in Nevada comes against the backdrop of a growing campaign against him by establishment Democrats and mainstream media. Tired of bemoaning the ‘fragmentation’ of the vote among moderate candidates, the New York Times seems to have shifted half its staff in the past week  to writing negative stories about Sanders, from his alleged failure to detail the funding for Medicare for All to the refusal to release his medical records. Establishment Democrats, in turn, go out of their way to try to stop Sanders’s rise. Hillary Clinton said no one liked him in Congress, and Rahm Emmanuel warned that due to his socialist label and his health care plan, he would not perform well in the general elections against Trump. However, all these efforts don’t seem to affect Sanders’s popularity. The main argument moderate Democrats wield against Bernie Sanders is that he is too left to win against Trump, that his politics are, in the words of Pete Buttigieg, not supported by the majority of Democratic voters. But the real reason why Buttigieg and his kin sound the alarm against Sanders is because some proposals-–notably, Medicare for All-–would hurt some of the biggest donors of the Democratic Party: the healthcare industry, fossil fuel companies, and so on.

That the Democratic Party is dominated by its multibillion donors is best exemplified by one of the party’s top donors, who decided this time to run for president himself: Michael Bloomberg. After months of strict rules for candidates to qualify for the Democratic debates, the DNC decided to change the requirements (eliminate the ‘donor requirement’) in order for Bloomberg to appear in the debate in Las Vegas, Nevada this week.

As Super Tuesday gets closer, we can expect more maneuvers to try to bring Sanders down. One of the latest is the widely circulated allegation, based on tenuous information from the FBI (conveniently leaked one day before the vote in Nevada) that Russia was planning to intervene in the US elections in his favor.

Despite all this, Sanders keeps rising in the polls, and after his strong showing in Nevada, he looks more and more unstoppable. His message resonates particularly well among working-class people of color, particularly among younger generations. The turnout in New Hampshire has been historically high, and early voting figures for Nevada seem to signal an all-time high for the state. In this regard, the Sanders campaign is showing that he can do what Hillary Clinton, and most moderate Democrats after her, have struggled to do: turn out the vote. He’s been able to bring into the electoral contest swaths of people that were apathetic or disaffected. Among these newly energized voters are not only members of marginalized communities, but also the losers of globalization, an electoral base that Sanders partially disputes with Donald Trump. More than one million people volunteered for his campaign. What all this shows is that Bernie Sanders is riding on a real movement, a characteristic that no other Democratic candidate can boast.

For these reasons, although Sanders is loathed by the Democratic Party establishment, he is, by the same token, its greatest hope. He is proving capable of building a new coalition of support that can reinvigorate the party. By breaking the neoliberal consensus dominant within the leadership of the Democratic Party establishment, he breathes new life into the party. Just as FDR did in the 1930s, he is seeking to bring into the Democratic fold new sectors of the population that are marginalized from the rituals of American Democracy.

Where is the socialist left?

Some seasoned Democratic politicos are starting to see this and have endorsed Sanders’ candidacy. This is the case, for example, of New York City mayor Bill de Blasio. Democrats like de Blasio are riding Sanders’ coattails and are ready to integrate his more populist, combative rhetoric into their own repertoire for political gain. This isn’t so hard to do given that many of the most popular aspects of Sanders’ platform are within range of popular progressive demands. In fact, no one will be surprised, at this point, to read that Bernie Sanders’s brand of socialism is what everywhere else in the world is called “social democracy.” This clarification has been made not only by people on the left, but also by mainstream economists like Paul Krugman, and by Bernie Sanders himself, when he explained his vision of socialism pretty much in terms of a new New Deal.

Sanders’s consistent message and politics over time are well known. This fact begs the question of why he has become so popular now. One thing is clear: the situation is different today. The crisis of 2008, the Occupy movement, Black Lives Matter, the steady deterioration of living conditions, climate change, etc. all have contributed to changing people’s way of thinking. An important factor is the coming of age of a generation for which the USSR is a dull reference to a distant past, from before they were even born. These are some of the elements that help explain, at least in part, the emergence of a new socialist movement in the US. If you combine this with the deep crisis of the traditional parties, the Democratic Party in particular (accelerated by Trump ascent to the presidency), the thrust is there for the emergence of a new party that could redefine the contours of US politics. A labor party, or a socialist party, one that emerges out of a movement of people that realize that the Democratic Party will always work for the capitalist class.

Sanders’s base is broad and diverse. In political terms, we can assume that the vast majority of his voters are progressives who agree with his platform of Medicare for All, tuition-free college and a $15 minimum wage, and who don’t really expect him to nationalize the economy and put it under worker control. Yet, there is a sizable number of supporters who believe that Bernie Sanders’s candidacy (and his eventual presidency) is the best step forward to socialism. The DSA, the largest socialist organization in the country, with over 50 thousand members, has thrown all its weight behind Bernie’s campaign. Their activities for the past few months have consisted of phone banking, registering for the Democratic Party, and canvassing for Bernie.

At a time of structural crisis of the political regime, with droves of people committing to a socialist project, the main organization of the left is playing a major role in reinvigorating the Democratic Party. The outcomes of this electoral cycle will be, at best, a Sanders presidency facing a Congress with an overwhelming opposition to his policies, including many of his fellow Democrats, and a constant push in order to get any reform passed. At worst, it will end with a stolen nomination and Bernie Sanders endorsing the anointed Democratic candidate once again, as he did with Hillary Clinton in 2016. In both of the cases, the simmering movement towards a new party will be deflected, although the possibility of a break would be increased in the latter scenario. Even in the case that Sanders is cheated out of the nomination and a sector of his base calls for building outside of the Democratic Party, they will be acting against the pressure from Sanders himself to coalesce behind the Democratic candidate.

As Super Tuesday approaches, the Democratic Party establishment will not spare any effort to bring Sanders down. Sanders, nevertheless, has shown great loyalty to the party and has pledged again to support whoever becomes the nominee. The race for the nomination is still open, but we can expect more unity of the moderates against Sanders from now on.