Despite his recent defeat in California, Bernie Sanders pledges to fight until the end for the nomination. His struggle to “democratize” the Democratic Party and his quest for economic and social justice have crashed against the shortcomings of his own strategy. 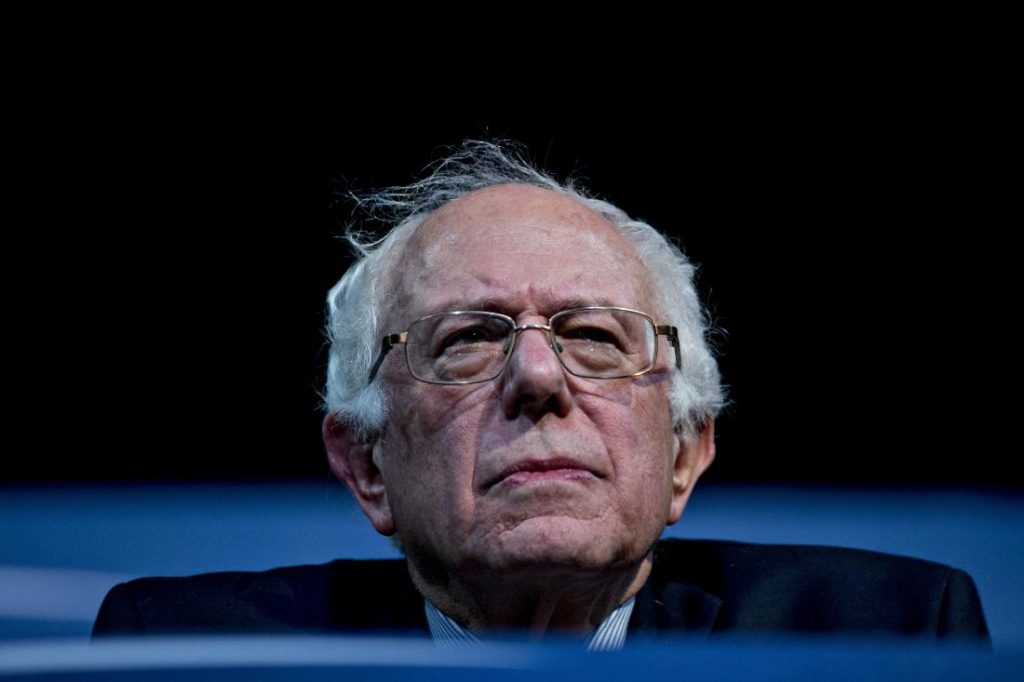 Hillary Clinton comfortably won New Jersey and California and won by a small margin in South Dakota and New Mexico, While Sanders took Montana and North Dakota. Though the numbers add up to a now insurmountable distance between the two candidates, in his speech on Tuesday, Bernie Sanders still pledged to continue the fight up through the DNC in late July.

Even if most of his supporters have already dropped the illusion of a Sanders victory in the primaries, a win in the huge state of California was perhaps envisioned as a potential show of force that would bolster his campaign in the lead-up to the DNC. The idea was that Bernie Sanders could leverage the win in California to force Clinton’s platform to the left for the general elections.

On Monday, when public attention was turned toward the next day’s elections (the final super Tuesday), The Associated Press unexpectedly released a statement reproduced by all major media outlets stating that Clinton had already surpassed the necessary number of delegates, securing the presumptive nomination. By doing so, the AP and the mainstream media handed her campaign an invaluable leg-up, giving her a triumphant spotlight hours ahead of the California primary.

This likely discouraged some who were planning to vote Sanders. It boosted the useful–or ”might as well” vote for HRC in order to back her candidacy in the face of an impending race against Trump.

The AP’s eager verdict was based on interviews with individual superdelegates who expressed their “unequivocal” intention to back Clinton. According the AP’s count, the former Secretary of State had already gained a total of 2,383 delegates–passing the threshold to secure the nomination at the DNC. Superdelegates can change their minds in the meantime, but this did not deter the AP from declaring Clinton’s victory.

So, what’s the plan for the Sanders campaign now? How will he keep alive the illusion that he’s still got a chance at the presidential nomination? Not only is it impossible that he will outnumber Clinton in overall delegates, but she has also won a comfortable distance in her pledged delegate count (that is, excluding super delegates). This leaves Bernie Sanders with only one–extremely unlikely–option: the Vermont Senator must cajole a large enough number of superdelegates to switch sides and endorse his candidacy.

In doing so, Sanders would be resorting to the same anti-democratic levers he has so adamantly criticized on the campaign trail. He himself admitted to “lobbying” superdelegates (unfortunate word choice, to say the least) to withdraw their support for Clinton. Difficult to explain, coming from the social democrat whose popularity has been fueled by denouncing the “rigged system.”

Another option would be to stick to his alleged aim to “democratize” the Democratic primaries and ask for a rules change that would require superdelegates to back their constituencies’ choice. The problem being, this would automatically leave him out of the race. Thus, he’s trapped in a situation where he has championed political change for months, but he is not bold enough to denounce and fight all the boycotts and treacheries of the Democratic Party establishment.

He has mostly played by the rules, and he lost.

Bernie Sanders’ candidacy has helped to whitewash the Democratic Party, with the illusion that it can serve the interests of workers, the poor, the unemployed, Blacks and Latinos, debt-burdened students. While many of his supporters will not vote for Clinton in November, thousands have been lured into the Democratic trap all the same. They have been encouraged to register and vote. Some have even been offered a place as delegates at the DNC.

Select labor unions have put in a great deal of effort to this end. Voter registration drives and door-knocking campaigns have become central activities of more liberal or left-leaning labor unions like the Communications Workers of America (CWA) and the National Nurses United (NNU). Although more progressive than door-knocking for Hillary Clinton, this is still a far cry from empowering the workers or facilitating any sort of class consciousness.

These close ties with the Dems–one of the two parties of the capitalist class– are hard to sever and are certainly an obstacle to the advancement of independent, working-class politics.

Socialist organizations like Socialist Alternative and a great portion of Solidarity have joined the fray by actively reinforcing the idea that Sanders can provide a way for workers, the youth and the oppressed.

Despite Kshama Sawant’s April appeal to Bernie, asking him to break from the Democratic Party and run as an independent, her party, the Socialist Alternative’s Movement4Bernie essentially functioned as a voter registration drive–for the Democratic Party.

The socialist groups who have been running behind Bernie with a soft–if not completely nonexistent–critique of his imperialist, Zionist foreign policy and social democratic (still capitalist) economic program have in fact let him off the hook, allowing the grandfatherly representative of American capital to continue to claim the banner of socialism.

Two discomforting realities have cast a shadow on Clinton’s indisputable lead in the primaries: Sanders’ persistent closeness in popularity polls and her ever-looming email scandal. The Wall Street Journal signaled the latter in a recent article stating that “Clinton might not be the nominee.” However, WSJ columnist Douglas Schoen’s conclusion is not that Sanders would then become the party nominee. In fact, he does not even consider Sanders. Instead, he claims the DNC may come up with Joe Biden if Clinton’s legal problems get out of hand. Of course, this is ludicrous: the last thing the Democratic Party establishment wants is a repeat of the 1968 DNC, when Hubert Humphrey’s bureaucratic nomination turned Chicago into a battlefield of riots and open confrontations with the police.

Different groups are already calling for actions around the DNC. Whether the rejection of the Democratic Convention will garner enough support to become a major political event or affect the nomination process remains an open question.

Sanders’ goal now is to push Hillary to the left; while stating repeatedly that he will ultimately endorse her, he has also stressed that his support hinges on the extent to which Clinton adopts some of his demands. Quite a transition!–from political revolution to settling for adding a few planks to Clinton’s platform.

Sanders’ campaign, if anything, has helped to harness the radical impulse of a large number of young people–some who see themselves as socialists–and channeled it through institutional avenues.

At this point, the only real chance for Sander’s bid to become viable is if Clinton’s protracted email scandal brings her career to a total collapse. However, it seems implausible that the FBI would be willing to cause such an unstable situation.

Over the last weeks, there has been growing pressure for Bernie Sanders to drop out and wholeheartedly support Hillary Clinton in the contest against Donald Trump. Mainstream media have issued innumerable articles lambasting Sanders for his willingness to continue in the race, at the alleged cost of “weakening Clinton.”

Once again, fascism is being waved around as an immediate threat in order to reinforce this appeal. Regardless of the problem of calling Trump a fascist without any serious political analysis, suffice to say that the fight against fascism must be waged with working-class methods, by working-class organizations. The Democratic Party is not a stand-in for any of these defenses.

A couple hours earlier, Hillary Clinton gave a triumphant speech and called on Bernie Sanders supporters to join her in the presidential campaign. As the general elections approach, she will have to find the right balance between adopting progressive measures to appeal to Sanders’ base and shifting to the center to win over republicans disgusted by Trump.

In the meantime, thousands of workers, students, women and young Bernie supporters will begin debating what to do next. There are several initiatives to organize the movement behind Bernie once he disappoints the majority of his base. Activists, socialists and independents will be faced with the task of planning what kind of movement we want and what kind of party is needed.

It is time for working class politics. The formation of a working-class political organization, backed by a wide movement of rank and file workers, unions and students would be a step in the right direction.