How Capitalists Benefit from Science Denialism

Increasing science denialism in the wake of the pandemic has made space for the racist and xenophobic policies of the extreme Right across the world. But bourgeois democracy cannot stop the rise of the Far Right — only the organization of the working class can. 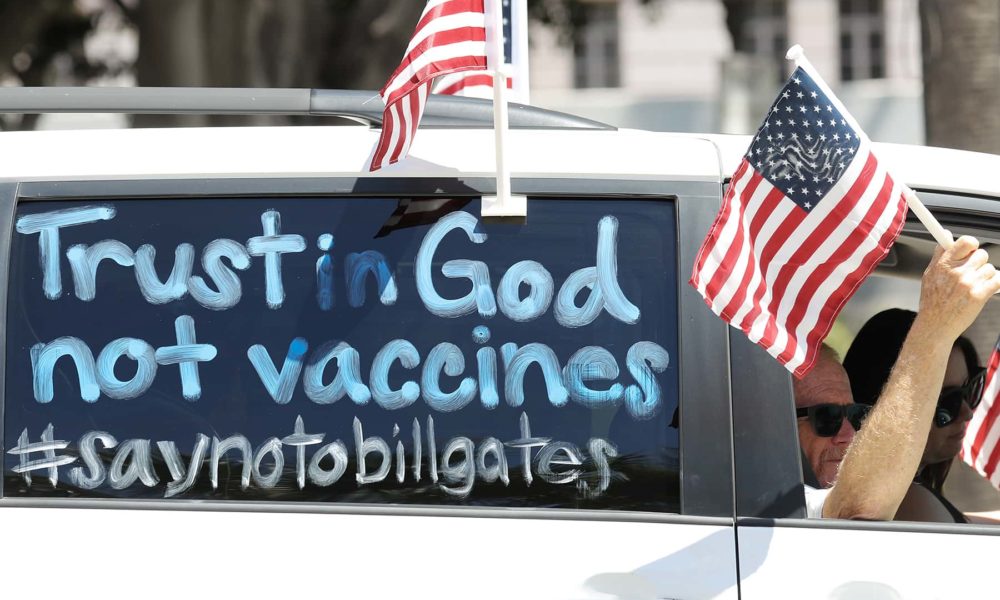 Throughout the world, since the pandemic began, sectors that deny its seriousness have protested against social distancing, the use of masks, and even against vaccines. That there are people who take refuge in conservative positions, reject scientific progress, and use conspiracy theories to interpret the world is not new. But in light of the emergence of anti-quarantine protests, a growing rejection of a possible vaccine against the coronavirus, and the minimization of the effects of a virus which has infected over 28 million people, the right wing around the world has connected with this phenomenon. While the political establishment says that this is a fight for (bourgeois) democracy, the empowerment of the far right is taking place in the context of increasing disillusionment with bourgeois political parties and healthcare corporations, as well as the deep inequalities that people are facing due to the pandemic.

In most countries, these protests have links with the conservative right, which in many cases, despite considering themselves “anti-globalists,” take their discourse from leaders such as Donald Trump or Jair Bolsonaro, and form a global community organized through forums and social networks. In these communities, people promote conspiracy theories about a “new world order,” supposedly managed by the communist left, large international financial groups, LGBT activists, and movements such as Black Lives Matter. This amalgamation is intended to reinforce the polarizing strategy that has brought the right to power in different parts of the world, or in other cases led to the development of groups either from the alt-right or from more traditional right-wing nationalist movements, like VOX in Spain or the National Front in France.

The sectors that defend the values of the traditional capitalist and patriarchal order are now presenting themselves as the champions of freedom and anti-totalitarianism, and taking their “anti-establishment” positions from the field of politics to that of science. Instrumentalizing fear through an agenda against minorities and foreign enemies, these groups claim the virus is Chinese, the vaccine is for population control, and the pandemic is an excuse for social control. As Xavier Peytibi and Sergio Pérez-Diáñez point out in How the Alt-Right Communicates, in Europe, populist right-wing groups have found a new voice in the anti-vaccine movement and a new audience that seeks certainty in times of uncertainty. Magical thinking, religious fanaticism, and conspiracy theories are the alternatives proposed by science denialists in the face of the lack of an effective treatment or a vaccine against the coronavirus.

This supposed rebellion against global elites and the scientific establishment (they point mainly to the World Health Organization), is trying to present itself as a rebellion of the common people against the privileged sectors. However, its organizers, advisors and ideologues, and political representatives have links with capitalist sectors, intelligence agencies, bourgeois parties, and mass publications. For example, in March of this year, the white nationalist Timothy Wilson attempted a car bomb attack on a hospital in Missouri that was treating patients with coronavirus — the explosives had been bought from the FBI. The link between the denialists and police forces has also strengthened in Europe, where, for example, the German movement of the preppers (neo-Nazis who are preparing for a combat that will happen, according to them, on “Day X,” when immigrants take control of Germany) are focused on recruiting police and members of the armed forces (Bundeswehr), to grow in armaments.

Nor are the mass publications that make denialist propaganda emerging from below or from outside power. For example, the white supremacist magazine American Renaissance (the press organ of the New Century Foundation), which during the pandemic has promoted openly racist theories about the “Chinese virus,” is financed by the Pioneer Fund, a Nazi-inspired foundation founded in the 1930s. The Pioneer Fund has long promoted eugenics and anti-immigrant policies. The New Century Foundation also has links with the European right wing.

Another example of the links between science denialism and political power is in a group of Trump advisors, mainly his former campaign manager Steve Bannon. Bannon, who still maintains ties with the Trump team, comes from a long history of work in Hollywood, Goldman Sachs, the Army, and the alt-right media. On the one hand, these sectors have tried to displace the traditional conservatives of the Republican Party; on the other hand, the GOP has shamelessly used this radicalized right wing to further its agenda.

These anti-science positions obscure several crucial things. First, they help support the reopening policies that go hand in hand with the pressure of capital on labor. In order for capitalists to not lose more profits, state and local governments must reopen the economy and pressure workers to return to work. The so-called “anti-establishment” sectors are advocating, in practice, to protect companies’ profits, and are also criticizing the unions and workers who fight back for their rights. They feed the political polarization as well, which the right is using to advance its anti-immigration agenda and against the rights of minorities, as can be seen in the policies of Trump, Bolsonaro, or populist groups that are running for elections, like VOX in Spain.

However, the criticism of these denialist positions, levelled by the establishment itself, denies the conditions by which this mistrust of science spreads so easily. While the liberal sectors of the bourgeoisie pose the need to defend the roles of the State, science, and democracy, healthcare is a billion-dollar business to which large swaths of the population lack access. While they insist on the objectivity and neutrality of science, tycoons like Bill Gates finance the World Health Organization. While they pose the need to strengthen the state, the security forces have perpetrated police repression against the poor and communities of color with the excuse of the pandemic. While they advocate strengthening democracy to fight the fascist right through voting, these white supremacist sectors are organizing and taking to the streets in reaction to the anti-racist mobilizations. While criticizing the right wing’s disinformation and conspiracy paranoia, they avoid involving health workers and the general population in the policies to combat the pandemic and support businesses trying to patent a vaccine before China.

Bourgeois democracy cannot stop the rise of the far-right and science denialism — it has created the conditions which fan their flames. Only the determined fight against the right wing in the streets, the fight for access to free public health care, the fight against police brutality and against the police institution itself, and workers’ democracy to create a planned response to the pandemic can guarantee a science that is transparent and at the service of the people.